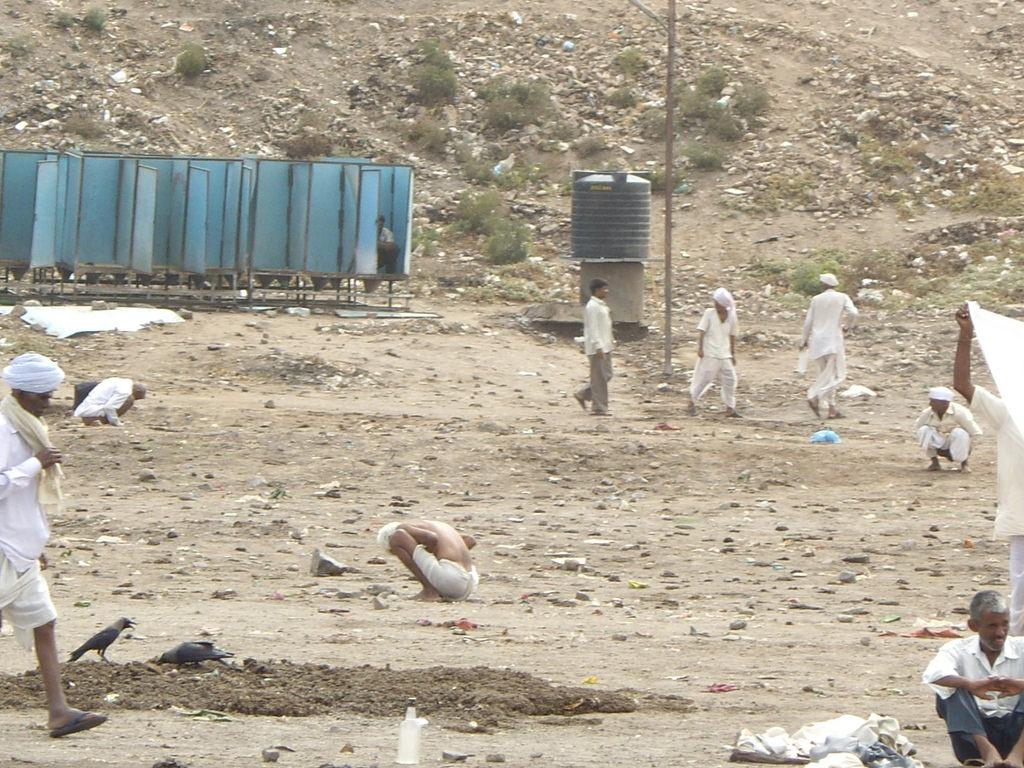 Srinivas Karturi, the head of Sriramnagar panchayat in Karnataka's Koppal district, has adopted a unique way of discouraging open defecation. According to a report by India Today, the village head is begging people to build toilets by falling at their feet and lying flat on his stomach. He has taken it upon himself to make Modi's 'Swachh Bharat' campaign a success in his village.

Karturi has been literally throwing himself on the ground in front of people and requesting them to build toilets. He also assures them that if they have financial constraints, he would help in bringing sponsors to build a toilet.

His idea of prostrating in front of people seems to appeal to their collective conscience with some feeling embarrassed and others adhering to his plea. Karturi aims at making the village, which comprises 2,100 families, open-defecation free by 2016-17. Currently, only 441 of them have toilets.

Much before Srinivas Karturi had started begging his fellow villagers to stop defecting in the open, the gram panchayat had launched a whistle campaign in 2014. The zilla panchayat president used to go into the open fields every morning. He would blow a whistle to prevent people from defecating there.

In fact, this initiative at an individual level got replicated in 138 panchayats in the district after four-member teams were formed. These groups would go to the fields every morning and evening and blow whistles to discourage people from defecating in the open. Within a year of the campaign, the toilet count increased from 42,000 to more than 1,00,000.

The village elders in Bekkinakeri had formed a 'Good Morning' group. They used to walk up to everyone and say "Good Morning" as an indication that they were going to relieve themselves together in the farm. The Gram panchayat turned this problem into a solution by forming a team with the same name.

Every morning, at about 5:30 am, members of the team would stand on the fields and wish good morning to those headed there to defecate. As a next step, they would motivate people not to relieve themselves in the open by highlighting health hazards. The team would assure villagers that gram panchayats had funds to help them build toilets inside their homes.

These individual initiatives build hopes, especially when the National Sample Survey (NSS) Office’s recent report revealed that 52.1 per cent of people in rural India choose open defecation. These homegrown measures may help change mindset of the people because villages and urban wards may be building community toilets, but most of them are not being used.