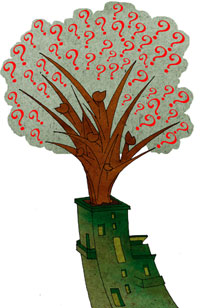 The Centre for Science and Environment (CSE) on Thursday slammed the CII Godrej Green Business Centre, the umbrella body for Indian Green Building Council (IGBC), which was until recently responsible for LEED rating of buildings, for its denying the underperformance of several LEED-rated buildings as reflected in its own public disclosure of data.

Green rating is awarded for building design and construction. LEED is an internationally-known labelling programme for commercial buildings whereas the Bureau of Energy Efficiency (BEE) star label programme is a national benchmarking initiative for the same. Once a building becomes operational, BEE star label should be applied to benchmark the actual energy performance of the building.

The purpose of CSE's analysis was to assess if the LEED-rated buildings, once they were operational, could meet the minimum official requirement of BEE. For this assessment, CSE had taken into account the actual electricity consumption and the area of different building typologies disclosed by IGBC on their website to estimate the energy performance index according to BEE benchmark for different building typologies and climatic zones.

“After the release of CSE’s findings, IGBC has kept the data but removed the names of the buildings from its website. Instead of withholding data and casting doubts, IGBC must set a positive agenda to ensure that the buildings rated green by them for their design and construction remain resource efficient when in operation,” CSE said in a press release.

“CSE demands full disclosure of resource consumption data of all rated buildings and also official assessment of the energy performance of the rated buildings in relation to the national Star Labelling Programme of the Bureau of Energy Efficiency to see if rating is delivering on performance. This is needed urgently before more official sops are tied up with private green rating systems,” the release said.