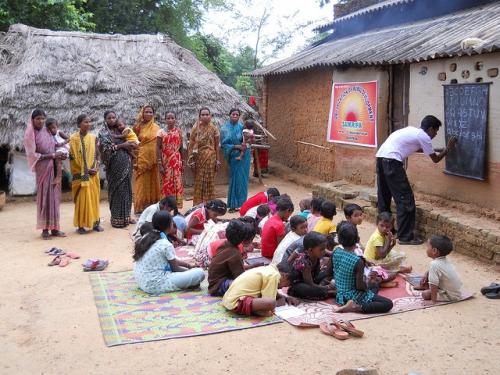 The International Fund for Agricultural Development (IFAD) report says economic growth alone is not enough to eliminate rural poverty, particularly in the Asia and Pacific region.

“The rapid economic growth in the region has come at a cost. Urbanisation has led to a wide income gap between rural and urban areas. In a number of countries malnutrition remains an area of great concern while agricultural production has weighed heavily on existing natural resources,” Perin Saint Ange, the associate vice-president of IFAD, said.

The report provides country-specific challenges in Asia and the Pacific and says that rural as well as agricultural development is vital for the region’s overall economic growth.

In Asia and the Pacific, the rural sector has been transforming gradually, moving from grain-based production to higher-value production such as livestock and fisheries.

Driven mainly by rising income and urbanisation, food consumption patterns have been changing, shifting from starchy staples and rice towards more fruit and vegetables, livestock and dairy products, fish, sugar and oils.

The report adds that countries that have achieved rural transformation have reduced poverty, which fell from 71 per cent in 1981 to 15 per cent in 2011 across the region.

However, slow transformers have not witnessed the same reduction as fast ones, the report warns. A total of 560 million people (13.6 per cent of the population) in the region were still living on less than US $ 1.25 a day in 2011.

Countries with slow rural transformation need to focus more on improving access of the rural poor to land and credit and boosting investments in agricultural technology and rural infrastructure.