More than 25,000 delegates will meet in Quito in October to set out a New Urban Agenda for the UN, to be implemented over the next 20 years 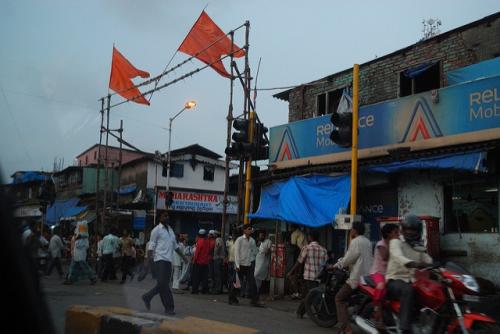 More than 25,000 delegates will meet in Quito, Ecuador, in October to set out the United Nations' New Urban Agenda for member states. The Habitat III conference will mandate the UN’s work in cities and settlements for the next 20 years. But Australia, one of the world’s most urbanised nations, is yet to play a major role in negotiations.

If you haven’t heard of the Habitat conference series, you’re not alone. Steered by one of the UN’s smaller organisations – UN-Habitat – it is the key negotiation process within the UN for planning the development of cities and human settlements.

Unlike the annual “Conference of the Parties” held by the United Nations Framework Convention on Climate Change, these events take place only once every 20 years. The Habitat conference has been held twice previously: in Istanbul in 1996, and in Vancouver in 1976.

Since then, humanity has crossed an urbanisation milestone. Half the world’s population now lives in cities. At the time of Habitat I, just over one-third were urban dwellers. Habitat III and the New Urban Agenda therefore represents a watershed moment for urban development globally.

The 1996 Habitat Agenda called for sustainable development and access to adequate shelter. These goals have driven progress in many places. For instance, provision of adequate housing is now included in many national constitutions.

Habitat III, unlike Habitat II, builds out of these targets, not the other way around. The New Urban Agenda is therefore aiming to implement these goals in cities, particularly SDG 11: to “make cities and human settlements inclusive, safe, resilient and sustainable”.

The current version of the agenda, the “zero draft”, was released at the end of July 2016, having undergone a series of revisions at preparatory negotiations. Unusually for the UN, this included direct feedback from civil society and other stakeholders, following public release of the draft.

The draft New Urban Agenda recognises that decisions about how we house, feed and mobilise urban populations will have a critical impact on human wellbeing and sustainability. Key focus areas include guiding national urban policies and systems of urban governance. The draft also has a strong emphasis on citizen participation and democratic processes.

What sets the agenda apart from its predecessors is the elevation of pressing global issues, such as urban informality, gender equity and disaster and climate resilience. It also recognises cities as drivers of economic and social development.

It is estimated that 70% of global economic activity is in cities. Cities also account for more than 70% of greenhouse gas emissions. The agenda will therefore be critical in achieving the COP21 targets agreed in Paris last year.

The current draft is not without controversy. Inclusion of the “Right to the City” has already stalled talks. And the future role of UN-Habitat is being hotly contested.

In its current form, the agenda redefines informal settlements and sectors as assets with the capacity to promote economic growth. It also recognises the right to equal access to jobs, urban infrastructure and affordable housing, emphasising design, participation and empowerment in meeting the challenges of informal settlements.

The key challenge for the New Urban Agenda will be distributing implementation to the thousands of cities that need development assistance across the world. Crucially, it is unclear who will monitor and evaluate progress, and how.

Unlike the Paris Agreement, the New Urban Agenda is not intended to be a legally binding document. Instead, it aims to provide guidance to member states and UN agencies. However, several nations are yet to engage with the Habitat III process, either through preparatory meetings or by submitting country-level urban reports.

The Australian government has so far been absent from the Habitat III process. In regional thematic meetings the Australian chair has remained empty, despite our heavily urbanised population, regional investment in urban development, and urban policy expertise.

The agenda represents a key opportunity to reflect on Australia’s role in engaging with pressing urban development questions at home and abroad.

Establishment of Australia’s first minister for cities by the Turnbull government in 2015 was seen as a strong platform for redefining an Australian national urban policy. However, the portfolio was short-lived, being downgraded to an assistant ministry six months later.

Australian cities face many challenges associated with sustainability and population growth. These include housing affordability and deficits in provision of essential infrastructure and services.

Stronger federal government leadership on national and international urban policy could promote economic prosperity and the sustainability of urban settlements at home. It could also improve Australia’s ability to engage with our Asia-Pacific neighbours on shared urban challenges, such as urban migration, the health and social impacts of climate change, and managing environmental resources for current and future generations.

More than 30 representatives of Australian non-governmental organisations, municipalities, peak bodies and universities are registered to attend Habitat III. However, it is not yet clear whether the government will be participating in the Quito negotiations.

Despite its challenges, the New Urban Agenda is persuasive. It will inspire urban actors to champion its cause and drive its implementation. It will undoubtedly be used to frame funding policies of important bodies like the UN Development Program, the World Bank and Asian Development Bank.

Fulfilling our UN member state role in Habitat III is an opportunity not to be missed. Through Quito, we can reinvigorate our national urban policy, build our regional profile and leverage and export our urban expertise. But, more importantly, by taking our seat at the table we will be playing our part in the transition of humanity into a sustainable, urbanised world.