The plan was released in the context of an expected population growth of 500,000 people in the city over the next two decades 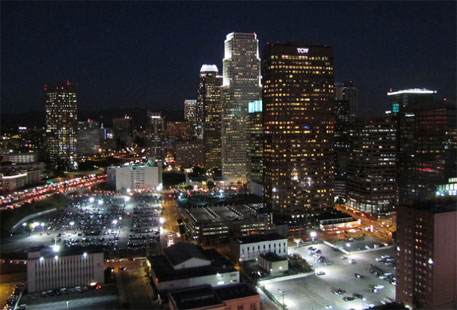 Los Angeles Mayor Eric Garcetti recently released the first Sustainable City Plan, a policy roadmap to prepare the city for a healthy and prosperous future. The plan was released in the context of an expected population growth of 500,000 over the next two decades.

The city plan lays out ambitious short-term (by 2017) as well as long-term (by 2025 and 2035) goals under 14 categories related to environment, economy and equity. It encompasses water conservation, use of clean energy, creation of green jobs and neighbourhood livability among other important things.

Progress made towards the goals set out in the plan can be tracked online by the residents.
The plan is the product of a year-long process undertaken by Los Angeles’ first chief sustainability officer, Matt Petersen. Appointed by Garcetti at the start of his administration, Petersen and his office have been tasked with instilling sustainability as a core value across city departments.

Recently, around 100 mayors from around the world adopted the Seoul Declaration which charts out the path to urban sustainability. Read. The main focus of the declaration was the creation of smart cities by maintaining a sustainable future.

Vancouver’s green drive
Last month, the Vancouver City Council voted unanimously to support a green transition by deriving 100 per cent of its energy from renewable sources as part of its Greenest City 2020 Action Plan.

“Cities around the world must show continued leadership to meet the urgent challenge of climate change, and the most impactful change we can make is a shift toward 100 per cent of our energy being derived from renewable sources,” Mayor Gregor Robertson said.
During the adoption of the Seoul Declaration, Andrea Reimer of Vancouver´s City Council had discussed that the city planned to become the greenest one by 2020.