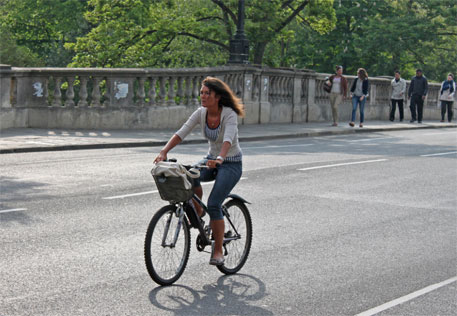 Around 100 mayors from around the world met recently and adopted the Seoul Declaration during the ICLEI World Congress 2015. ICLEI (Local Governments for Sustainability) is an international association of local governments committed towards sustainable development.

The Seoul Declaration is important as it charts out the path to urban sustainability. It underlines the serious issues that our cities are facing at present and how they can change for a better future.

On this occasion, United Nations Secretary-General Ban Ki-moon delivered an address where he praised Seoul mayor Park Wonsoon for his leadership and commitment on urban sustainability.

What the mayors said

Mayor of Durban and ICLEI’s first vice-president James Nxumalo welcomed the commitment of the Declaration. Johannesburg Mayor Parks Tau praised the emphasis on ecomobility (environment-friendly transport options) and said Johannesburg would host the second EcoMobility World Festival in October 2015 during which the Central Business District of the city will be closed to cars.

Mayor Kinlay Dorjee of Thimphu, Bhutan, said the country has established a Gross National Happiness index by introducing meditation and the study of green initiatives in schools. Maimunah Mohd Sharif, the municipal president of Seberang Perai, Malaysia, invited cities to scale up their best practices to ensure a transformation to global sustainability.
Andrea Reimer of Vancouver´s City Council discussed Vancouver´s plan to become the greenest city by 2020.

ICLEI President and Seoul Mayor Wonsoon said the Seoul Action Plan would set out concrete plans for climate change mitigation. Park expressed hope that the action plan would allow cities to make significant progress before the 21st COP (Conference of Parties) in Paris in December 2015 by putting pressure on national governments to reach a binding agreement.

The focus of the Seoul Declaration is on the creation of “sustainable cities by adopting ambitious improvement targets, integrating policies, engaging with local leaders and other actors, and directing our public finances towards long-term sustainability strategies and plans. To achieve sustainability locally and globally, we will pursue cities that are low-carbon, resilient, productive & resource-efficient, biodiverse, ecomobile, economically sustainable, smart, happy, healthy, and inclusive”.

The concept of smart cities is an important aspect of the Declaration. Encouraging investments in smart urban infrastructure, smart governance, information and communication technologies (ICT), sustainable construction and planning and local renewables are some of its points.

With rapid urbanisation, the concept of biodiversity has also gained momentum. The Seoul Declaration encourages the development of local Biodiversity Action Plans that will benefit the people. The encouragement is on the roll out of “Cities in Biodiversity Hotspots”, which focuses on biodiversity in regions that have been recognised as being under specific threat.