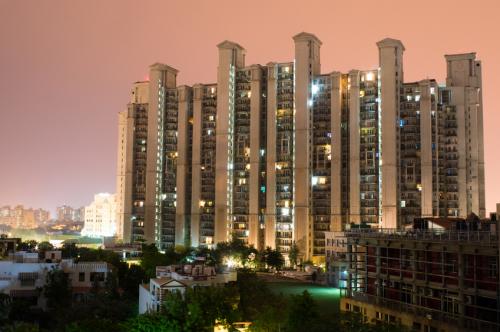 The Ministry of Urban Development, on September 20, added 27 names to the list of smart cities, which will be funded to provide “core infrastructure, a clean and sustainable environment and a decent quality of life to its citizens”.

The new list includes northeastern cities such as Namchi and Kohima and industrial town of Rourkela in Odisha. Cities from 27 of the 36 states and union territories in India have been selected so far.

“Cities have started projectivisation of their plans. A total of 681 projects were launched until June 25 this year and 114 are at various stages of tendering,” says Sanjay Sharma, under-secretary, MoUD noting the progress of development plans.

The definition of a smart city has created controversy in the past, but little has been spoken about the process of developing one. Mobilisation of funds has become a challenge for urban local bodies, which contribute the largest chunk of the total investment.

The Centre and the state each will contribute Rs 500 crore per city over four years. Rs 200 crore of this amount will be disbursed in the first financial year after selection and the remaining will be given in installments of Rs 100 crore per year. Contributions from urban local bodies (ULB) vary depending on their respective proposals.

But revenue from supplying water, gas and power is much less than the cost incurred in providing these services. Their ratio of revenue to cost is less than one—as low as 0.25 for water supply. According to an MoUD document, the ratio of revenue to cost is greater than one only for telecom services. Therefore, user charges are not a viable source of funding. “Public-private partnership success stories in urban infrastructure are rare mainly because of inadequate cost recovery and associated political sensitivity,” the document states.

Fundamentals out of focus

In cases where the ULBs have managed to generate funds, allocation has not been equitable among different sectors.

Sectors like e-governance, energy management, waste management, water management and other projects such as establishment of skill development centres, tele-medicine and tele-education services, trade centres and others are in competition for the money.

According to a 2015 paper on the funding options for smart cities, published in the Indian Journal of Science and Technology (IJST), the government’s focus is institutional and physical infrastructure (including governance). Nearly 21 per cent of the funds are allocated to water and sewerage while roads and mass transit have been allocated the remaining 79 per cent.

Even smart city proposals have neglected water, waste and energy. In Faridabad for instance, nearly 83 per cent of the funds (Rs 2218.96 crores out of the total Rs 2656.48 crores) are directed towards mobility, smart parking facilities, smart transit and smart urbanism viz development of open-air smart gyms and multimodal hubs. Fundamental issues such as water management, waste management and energy management have been neglected. A project on the redevelopment of Barahi talab by strengthening water supply, sewerage and drainage, and constructing smart toilets has been allotted only Rs 2.5 crores.

In Agartala, too, at least 60 per cent of the total Rs 2525.07 crores invested by ULB and private partners under the Smart City mission (including convergence with other schemes) is assigned to enhancing mobility, infrastructure development and other “smart” initiatives such as city-wide WiFi, beautification of junctions through digital interventions, enhancing information and communication technology. Initiatives like rainwater harvesting, solar electricity installations and development of recharge pits are poorly funded.

In Ranchi, only around 20 per cent of the ULB’s funds are allocated to projects involving water supply and reuse of recycled water, wastewater management, storm water drain management and power supply. This is no surprise, given the low revenue to cost ratio for water, energy and power services.

More money has been invested in the "smart" part of the city than in fundamental systems. “At present, India has to resolve the basic problems of water shortages and storage, which mean that the process to have a fair pricing and such basic problems must be addressed in the first stage. Also, the cost of the smart part of the city overrides the basic cost of living, which needs to be addressed to make it affordable for a smart city concept to be meaningful,” the paper in IJST notes.