13 years on, tribals march in Odisha to mark anniversary of brutal killings in Ambagadia village 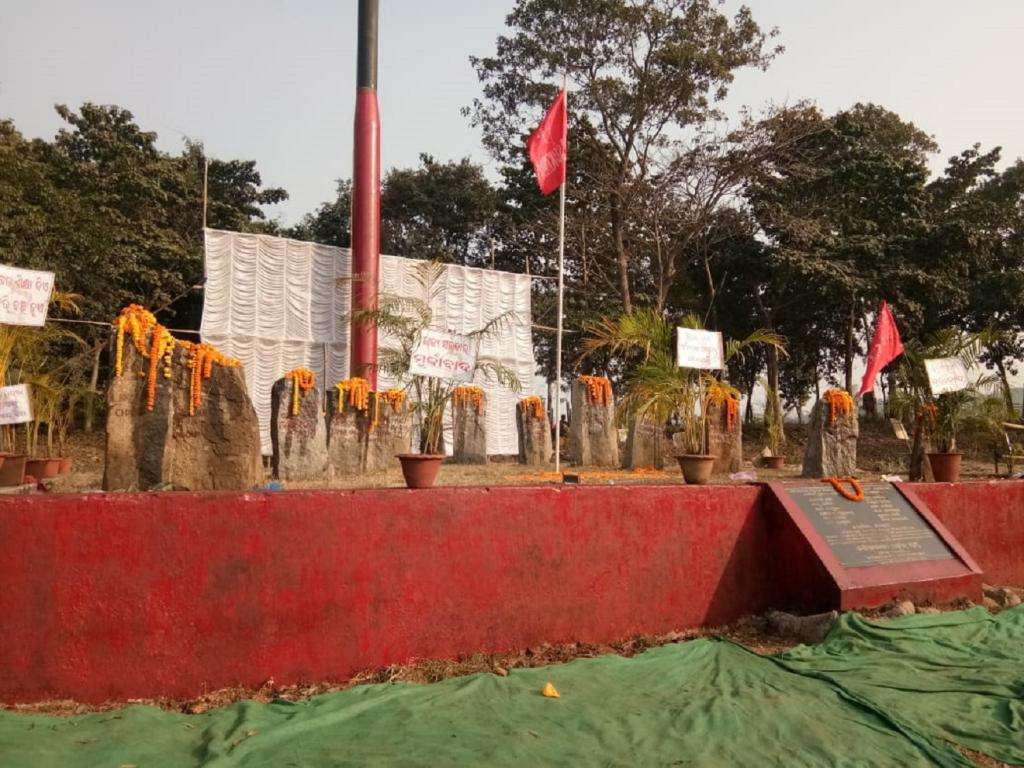 The killings of 14 innocent tribals 13 years back reverberates in the air in Ambagadia village near the Kalinga Nagar steel hub in Jajpur district of Odisha. Large numbers of tribals and other anti-land acquisition leaders converged at 'Birabhumi' or the martyrs tower on Wednesday to mark the anniversary of the brutal killings.

Police had gunned down 14 tribals, including three women, on January 2, 2006, while they were protesting against boundary construction at the Tata Steel Kalinga Nagar plant.

On Wednesday, scores of tribals and others marched from Champakoila to Ambagadia shouting slogans, which culminated in a meeting at the martyrs’ tower.

Addressing the meeting, Rabindra Jaraka, secretary of Bisthapan Birodhi Jana Mancha (BBJM) said, “The government has so far not explained any reason behind the firing. The state government is only keen on signing MoUs with the big corporate houses and practically gift away the best deposits of iron ore as captive mines at a merge amount of royalty. Tata built the steel plant over the dead bodies of tribal people.” 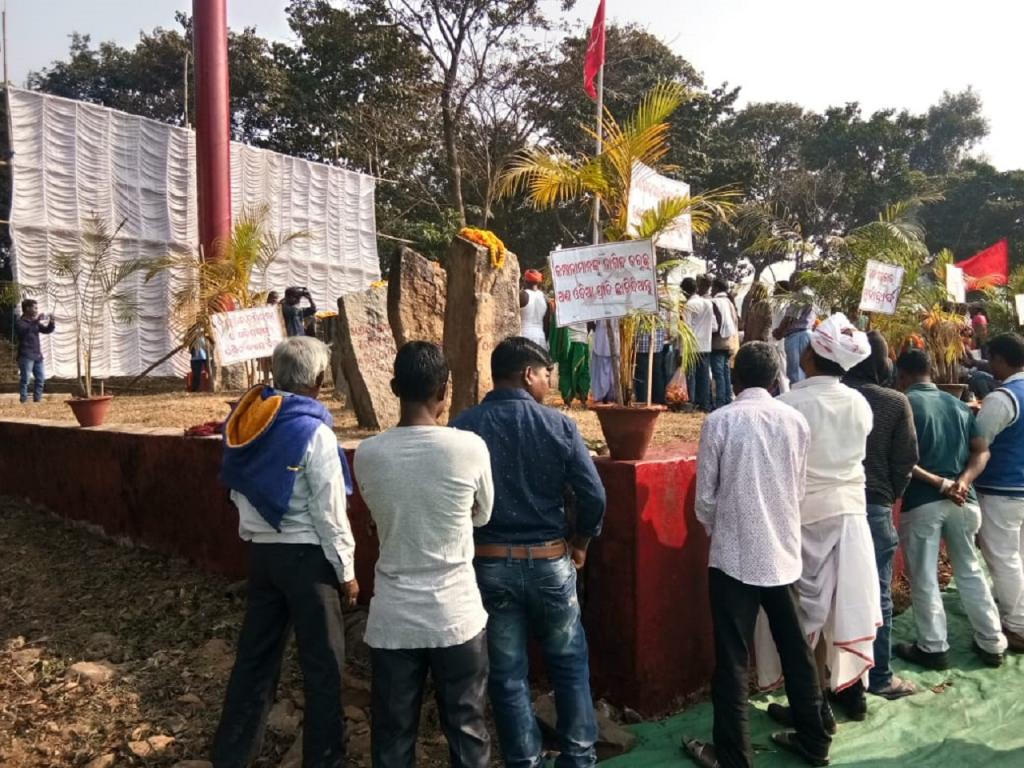 Many tribals were displaced from their land for the sake of the steel plant.

“Kalinga Nagar is the hub for as many as 14 steel companies, but locals who lost their lands for industrialisation are deprived of any job,” says Prasant Paikray, spokesman of Posco Pratirodh Sangram Samiti (PPSS).

Paikray also expressed concern over the attitude of the authorities to check pollution in the area and to provide proper rehabilitation to the displaced persons in Kalinga Nagar and nearby areas.

Large number of people in villages around Kalinga Nagar have been forced to live amidst stench and filth with officials showing a strange reluctance to intervene. Open drains, potholes, waterlogging, air and water pollution in the rehabilitation colonies and nearby villages have only added to the residents’ misery.

The rampant industrialisation and the unregulated use of water by the industries have caused river pollution and water shortages in the many villages  near the river Bramahani, says Trolochan Mohant, a tribal leader.

He also demanded a thorough investigation against the steel plants and other industrial units.

The IIC of Kalinga Nagar police station, Rajendra Narayan Patnaik said that "security has been tightened in Kalinga Nagar and its nearby areas to prevent any untoward incident. The memorial meeting was peaceful with no reports of violence.”