Water-sensitive innovations to transform health of slums and environment

A five-year project announced today will implement an innovative water-sensitive approach tailored to informal settlements. The goal is to revitalise 24 communities in Fiji and Indonesia 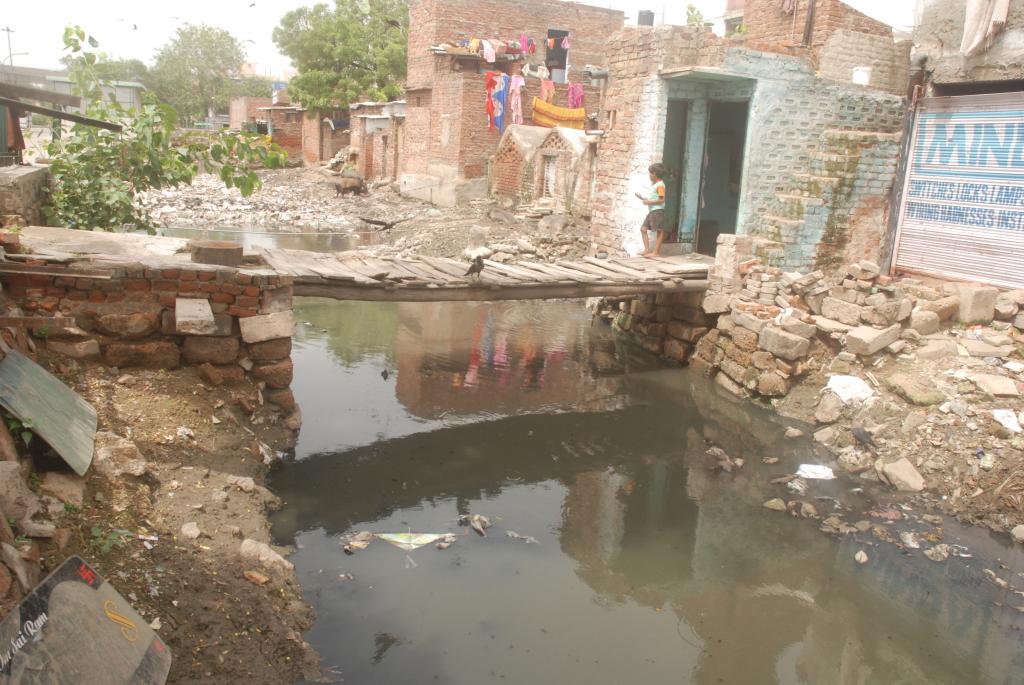 Polluted water and inadequate water supply, sanitation and hygiene cause around 80% of diseases and one in four deaths in developing countries. The world is recognising that existing strategies simply aren’t working.

We are starting a five-year project early this year to implement an innovative water-sensitive approach to revitalise 24 informal settlements in Fiji and Indonesia.

Funded by the Wellcome Trust, the project aims to turn informal settlements into independent sites that:

Working with local slum communities, the project will design and deliver modular and multi-functional water infrastructure. This will be tailored to their settlements. Providing secure and reliable water and sanitation services and flood management should improve public health and create more resilient communities.

This project aims to reduce both environmental contamination itself and the likelihood of human contact with contaminants. In doing so, it will provide some of the first quantitative data on the link between improved environmental health and better community health.

In 2010, the United Nations recognised that access to safe water and sanitation is a human right. Five years later, the UN acknowledged it had failed to provide 2.4 billion people with improved sanitation, a goal set 15 years earlier.

The conventional hydraulic engineering solution to these challenges has changed little in 150 years. This approach has major financial, environmental and social costs.

The conventional approach is also an unlikely option for informal settlements this century. These are typically found in developing countries with high rates of urbanisation. These countries are struggling with inadequate resources for basic infrastructure for growing national populations, let alone the poor and vulnerable in informal settlements.

Traditional urban upgrading projects generally focus on basic infrastructure such as housing and drainage. This is delivered primarily via one-dimensional technical solutions. The problem is that these typically don’t take account of the existing local and environmental context.

These approaches often fail to allow for the high rates of urbanisation that characterise informal settlements. This, in turn, exacerbates the inextricably linked challenges of sanitation, water supply and public and environmental health.

The benefits of a new approach

Drawing on programs in Australia, China, Singapore and Israel, the project will alter the biophysical landscape to greatly reduce communities’ exposure to faecal and other hazardous contamination in the environment, while also improving biodiversity.

The changes in the living environment should also improve wellbeing, increase food production and decrease violence against women and girls who will, for the first time, have access to domestic sanitation facilities and reliable water supplies.

This global agenda includes goals such as health and wellbeing (Goal 3), improved water and sanitation (Goal 6) and sustainable cities and communities (Goal 11).

While these goals are clearly important, achieving them demands an integrated and holistic approach. Trying to solve each goal individually is not only inefficient in terms of time and money, it can have unintended consequences as it misses the intrinsic connections and feedback loops between them. Our project aims to avoid these pitfalls.

The project includes a significant capacity-building dimension in Fiji and Indonesia. Through dedicated training programs, we will develop in-country communities of practice around the intervention (design and implementation) and the environmental and public health assessments.

Project personnel will provide training and transfer knowledge on the design, construction, operation and maintenance of the technologies.

We will collaborate with local engineers, contractors, governments and community organisations. By building local capabilities around water-sensitive infrastructure, together with our in-country partners, we hope this in-depth engagement will leave a lasting legacy.

Our hope is that this project will provide an evidence-based proof of concept that will improve slum upgrading and revitalisation. Providing essential water services and cleaning up the environment should deliver radically enhanced health outcomes for some of the world’s most vulnerable people.

This, we believe, is a real-world solution to achieving what everyone recognises is a global human right: access to clean water and sanitation.