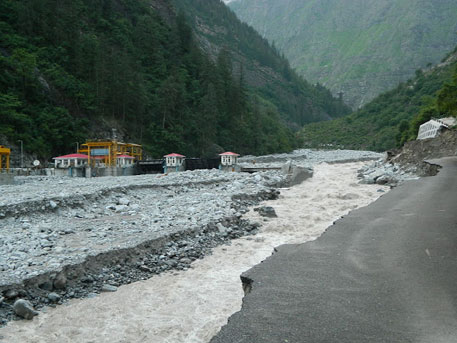 The 400 MW Vishnuprayag Hydroelectric Project across the Alaknanda river near Joshimath in Uttarakhand suffered extensive damage during the floods that hit the state recently.

The barrage of the project, being implemented by Jaiprakash Power Ventures Ltd (JPVL), a subsidiary of Jaiprakash Associates Limited (JAL), was covered completely with debris and the river has changed it course.

Udayan Sharma, manager of investor relations for JPVL, said that the barrage of the project has been covered with debris but the main component of the project, the powerhouse, which is located 25 km downstream is unharmed. It will take only three to four months after the monsoons to clear the debris from the barrage and power generation could be resumed, he said.

The exact scale of damage can be ascertained only after the debris is cleared from the barrage. The loss is roughly estimated to be of Rs 40-50 crore. Sharma, however, said that the project has adequate insurance cover. 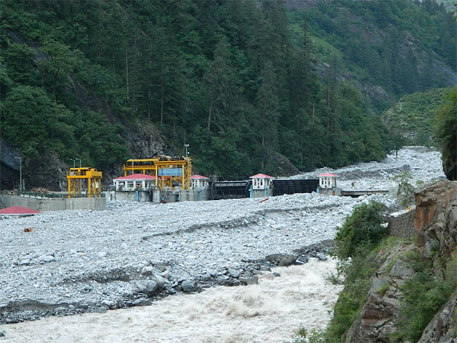 The project is now in ‘force majeure’ and its commercial aspects has to be addressed in accordance with power purchase agreement between Uttar Pradesh Power Corporation Ltd (UPPCL) and the company.

Local residents alleged that the flood water formed a two km reservoir upstream the dam. Pressure from the water broke the dam and went on to wipe out Lambagad village market. They also said the dam had caused them misery earlier during the 2012 floods when water was released from it unannounced. Several shops in the market were washed away. Vimal Bhai of non-profit Matu Jan Sangathan said: “When villagers asked for compensation from dam authorities, dam authorities threatened to file police cases against them.” 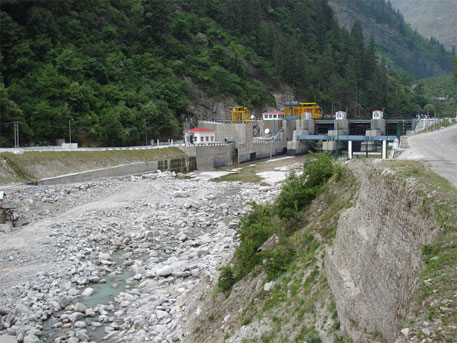 Vishnuprayag Hydroelectric Project was the first dam to be built under a private-public partnership on the Alaknanda. Vimal Bhai also said that damage in Vishnuprayag, that lies at the confluence of the Alaknanda river and the Dhauliganga river, was more severe because of the dam.

Other projects that were damaged

A slew of projects have suffered damage in the recent floods. Construction of diversion tunnel of 520 MW Tapovan-Vishugad hydroelectric project (HEP) was completed in April this year, but it was washed away in the recent floods. In August last year, the flash floods had caused serious damage to the coffer dam of the project. The 76 MW Phata Byung HEP of Lanco and 99 MW Singoli Bhatwari HEP of L&T on the Mandakini were also damaged. Locals alleged silt deposited because of the projects changed the course of rivers.

The Powerhouse of 280 MW Dhauliganga project of NHPC in Pithoragarh was submerged, but is now working. The Himalaya Hydro (HH) Tanga Phase I for 5 MW, located along the Paina Gad in Goriganga basin, is badly damaged. Uttarakhand Renewable Energy Development Agency's 500 KW Moti Gad Micro Hydel project on Moti Gadh (a tributary of Paina Gadh) at Bindi (Dani Bagad) was also badly damaged.