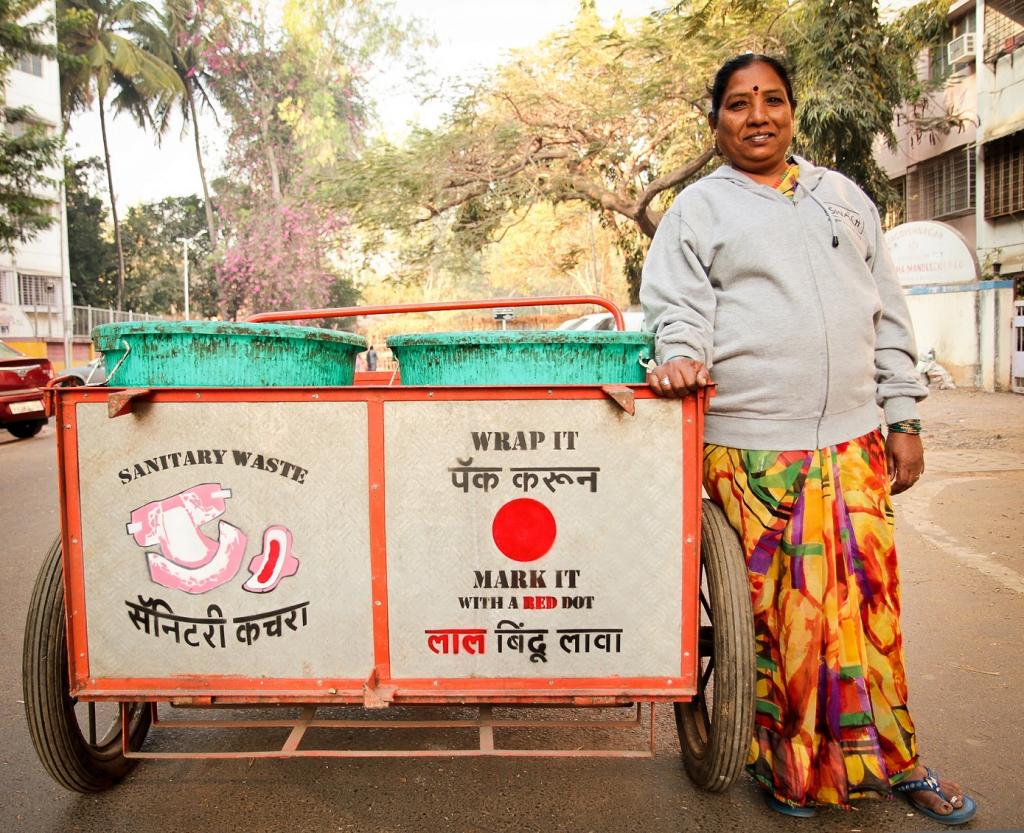 The campaign is the first of its kind in India and SWaCH is leading the way forward to help the waste pickers in Pune. Laxmi Narayan, co-founder of SWaCH, said, “We have been trying to get attention of the central government, state governments, municipalities, the MoEFCC (Ministry of Environment, Forest and Climate Change) and manufactures on the sanitary waste hazard for years but only a little progress was made in this direction”. “For years, our team has been trying to make all stakeholders understand the importance of this subject, but mostly in vain. A few years back, we started a campaign under which sanitary waste was sent back to manufacturers to make them realise the menace. But they were not ready to commit any action to resolve this issue,” Narayan added.

With this Campaign, SWaCH is doing basic handling of sanitary waste and are going to continue pushing the stakeholders for proper sanitary disposal systems.  According to a study done by SWaCH, every day it collects 650 tonnes of waste in Pune, of which 3-5 per cent is sanitary waste (diapers and pads). The waste pickers end up segregating 20 tonnes (roughly 20,000 kg) of sanitary waste every day, which becomes a serious occupational hazard. 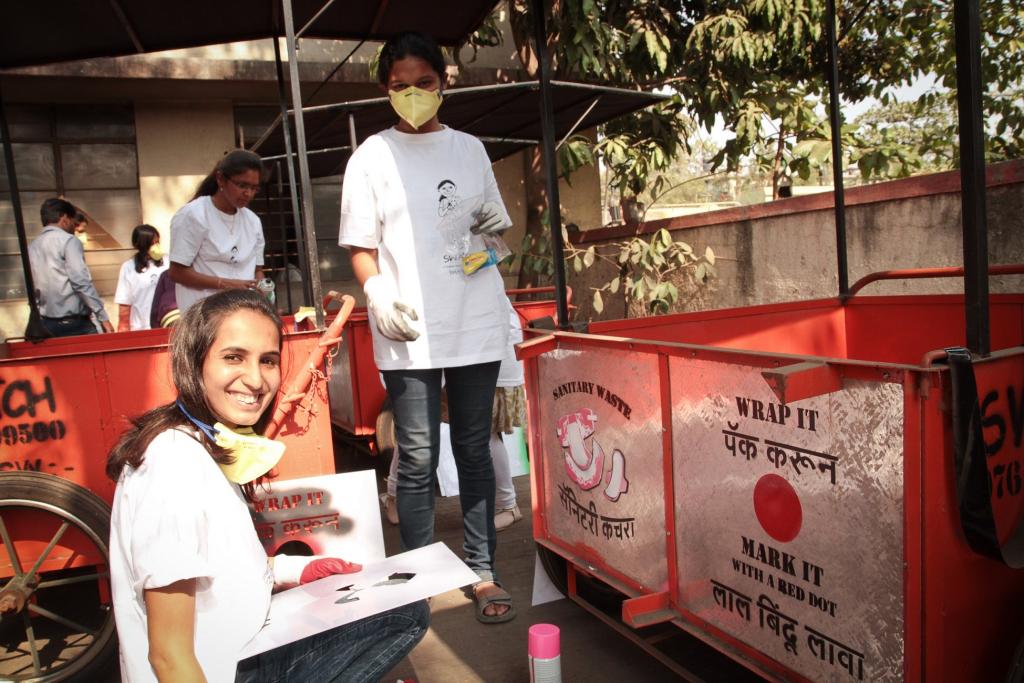 The idea of the campaign is simple: the waste workers ask the households to segregate and mark their sanitary waste packets/papers bags with a visible red dot so that they know that it is sanitary waste and that it has to be treated differently. The waste is then sent to a waste-to-energy plant.

Laxmi further added that the Pune Municipality had set up an incinerator in the past to deal with the sanitary waste but it was not a success. “Because there is no proper facility in place to collect sanitary waste, this campaign is an immediate action that we could take to protect the dignity and health of the waste workers. The workers understand the value of segregated waste and municipalities should, too.” she added.

The training of the waste workers had had started a month prior to the launch. Since then, the waste workers have been going door to door to create awareness. The co-founder said “Response on social media has been phenomenal but we want people to actually start the practice. Laxmi also hopes that the processing facilities for sanitary waste come up in the future so that it can be handled separately.

A lot of local artistes are joining this campaign to push for segregation of waste. The campaign has gained huge momentum on the social media platforms. The one-minute video showcasing the dilemma of the waste workers on handling sanitary waste has been widely acknowledged. SWaCH also sells merchandise like disposable bags/ papers made by aged waste workers for easy wrapping, available at Rs 1.25, hardly making any profit to promote the practice.

According to Narayan, about 80 per cent of the people whom the waste pickers reached out to said they would make this a regular practice and a few of them have started it already. Many, even if are not marking it with red dots, are handing over the sanitary waste separately to the workers. The SWaCH been trying to educate people about alternatives to sanitary napkins and are constantly encouraging the manufactures to venture into sustainable sanitary products.