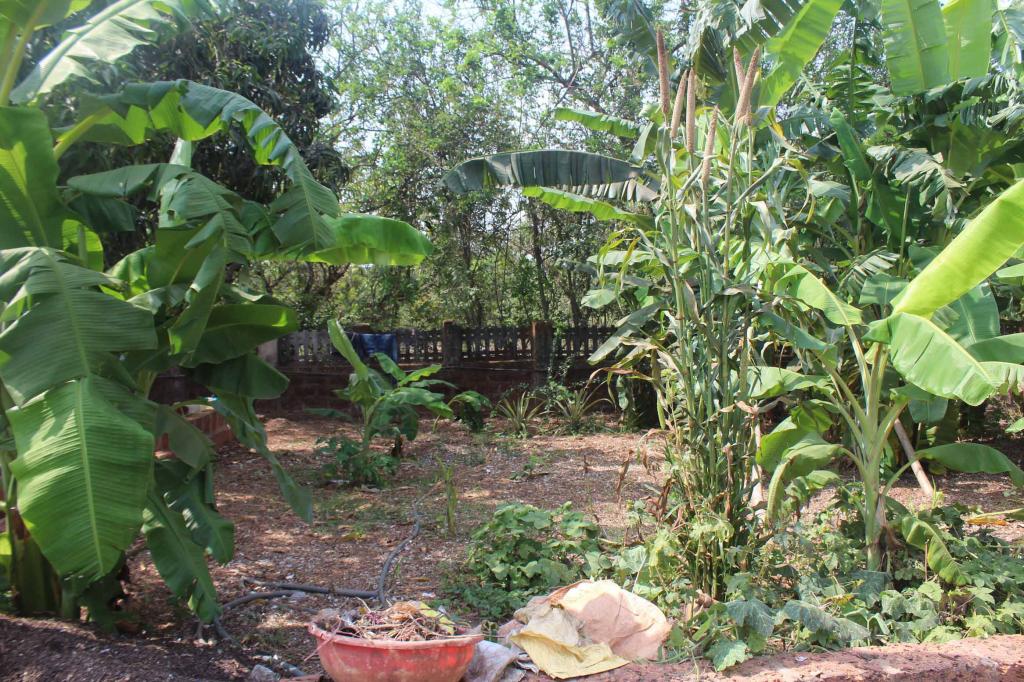 Two years ago, Umesh Lad, a citizen of Vengurla, a coastal town in Sindhudurg district of Maharashtra, was about to sell his home. He couldn't bear the smell emanating from a 2.6 hectares landfill opposite his place. But after a remediation of the landfill, 5 km from the centre of the city, he says he is glad to stay back. "I feel like I live opposite a park," he says.

Welcome to Vengurla, one of the only towns in India to convert a landfill into a waste management park, called the Swachh Bharat Waste Park.

In 2015, the town with a population of 15,000 adopted waste segregation at source and today has achieved more than 95 per cent segregation. What more, it is also one of the only towns in the country to generate revenue out of waste. A local body of the town earns Rs 1.5 lakh /month from processing 7 tonnes waste generated per day by the town (see cost analysis below). The man behind the transformation, Ramdas Kokare, who took over as Vengurla’s chief officer in 2015 believes that apart from segregation at source, no city can become clean without public participation.

In November 2016, the town made its bye-laws for solid waste management, as mandated under the Solid Waste Management Rules 2016. Under the bye-laws, Vengurla banned the usage of plastic bags of less than 50 microns and imposed a fine of Rs 500 for its usage. Littering and non-segregation were also fined. A defaulter is fined only after two warnings. Implementation is assured by close monitoring by the local body, which also encourages citizens to segregate. Citizens as well as sanitation workers were educated on the need for segregation at source. The city has 25 sanitation workers, who are regularly trained on waste management by the body. Apart from holding door to door meetings, each household was provided with a dustbin to segregate their waste.

The park now hosts a biogas plant, a briquette-making plant, a segregation yard and a plastic crusher unit (See box below). It also has fruit trees and an organic farm. "The idea was to make waste management look hygienic and pristine, not a mess it is generally percieved to be," says Kokare.

How waste is managed in Vengurla 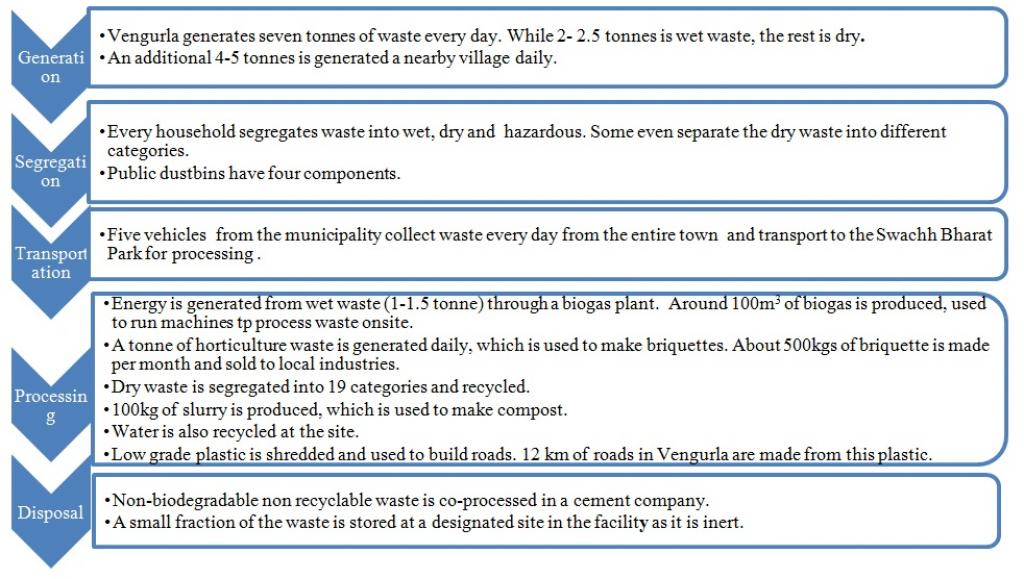 The landfill was remediated by segregating organic content and fluff. While the fluff was sent to the cement company for co-processing, compost was made from the organic waste, which is used in the farm and sold to locals.

The state government conferred Vengurla the Vasundhra Award, 2017 for its green initiatives and shortlisted it as a successful model for 100 per cent solid waste management under the Swachh Bharat Abhiyaan. But it isn’t just the government which is happy. The entire city takes pride in its waste management system, says Lad.

(This is part an initiative by the Centre of Science and Environment, called ‘Forum of Cities that Segregate’, which aims to bring together cities that are segregating waste at source or are trying to shift towards segregation.)