Dumping garbage into rivers has become a concern in ecologically-sensitive Arunachal Pradesh, to the extent that the Deputy Commissioner of East Kameng district issued a preventive order to the District Urban Development Agency

The Deputy Commissioner of East Kameng district in Arunachal Pradesh has passed a preventive order asking the District Urban Development Agency (DUDA) to stop dumping garbage in one of the state’s important rivers.

“Whereas it has been reported to me that DUDA is dumping solid waste/garbage of the Town area in the Kameng river, and whereas you have been instructed a number of times in writing as well as orally to stop dumping in the river, and whereas garbage dumping in the river results in several environmental and ecological challenges, I, Deputy Commissioner of East Kameng district under Section 144 of the Code of Criminal Procedure hereby direct you to not dump garbage in the river with immediate effect,” Gaurav Singh Rajawat wrote in the order dated April 18, 2019.

“Failing to comply with the above directions shall invite necessary legal proceedings under the Indian Penal Code and CrPC. FIR will be lodged without any further notice if the order is not complied with,” the order further noted.

Rajawat took cognisance of a letter by the Youth Mission for Clean River — Arunachal Pradesh (YMfCR-AP), a non-profit based in Arunachal.

“Sir, it is ridiculous that the UD being stakeholders and implementing agency of the Swachh Bharat Mission (SBM) is dumping all the garbage and waste into the Kameng river which is the biggest threat to the cleanliness of rivers and aquatic life,” the letter, noted.

“The DUDA has been collecting garbage door to door ever since the start of the SBM and dumping them into the Kameng,” Prem Taba, an Arunachal-based river activist told Down To Earth. 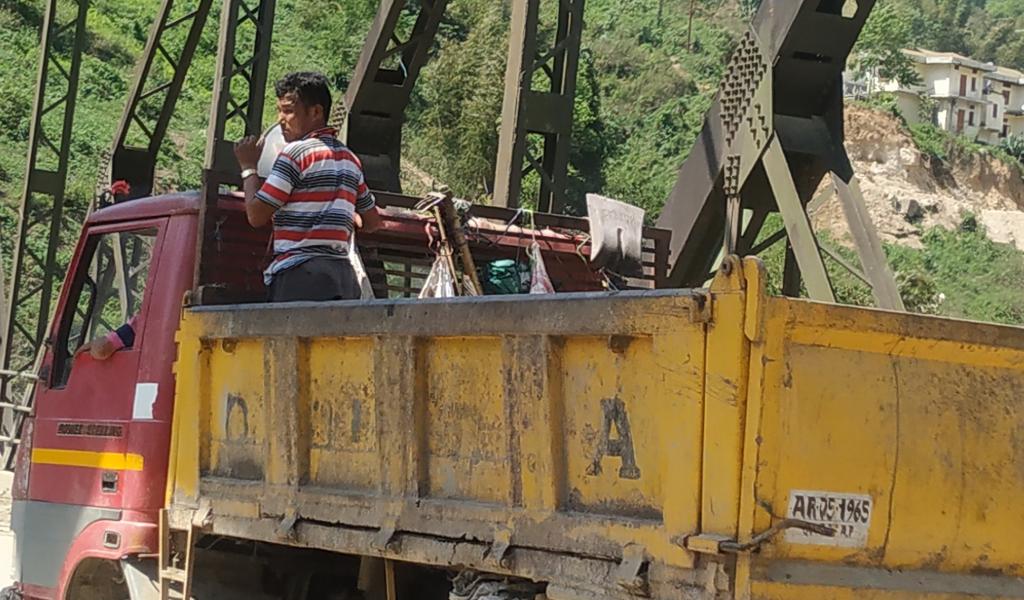 The dumping is being done in Seppa, the district headquarters of East Kameng district, at the confluence of the Kameng, the Kuchi river and the Macha Nallah.

“DUDA is implementing the SBM, which was received very well by people in Seppa. They realised the importance of cleanliness and hygeine. However, DUDA did not know how to dispose off the waste. When we contacted them last year, they said they did not have a waste treatment plant or landfill to dispose off the waste,” said Taba, who is also a member of YMfCR-AP.

He said the men of DUDA collect the garbage in the morning, put it in their truck and then go and dump it in the Kameng. “Sometimes, they burn it,” says Taba.

It is particularly painful to watch the waste being dumped in the Kameng because it once used to be a very clean river, says Taba. “We used to drink from it and use its water to cook. But since the start of the SBM, a vast stretch of the river has been filled with floating plastic bottles and other types of waste,” he said.

Watch a video shot by Prem Taba showing garbage being openly dumped in the Kameng by DUDA, which implements the SBM in East Kameng district here