Why Panaji should not give up on decentralised waste management 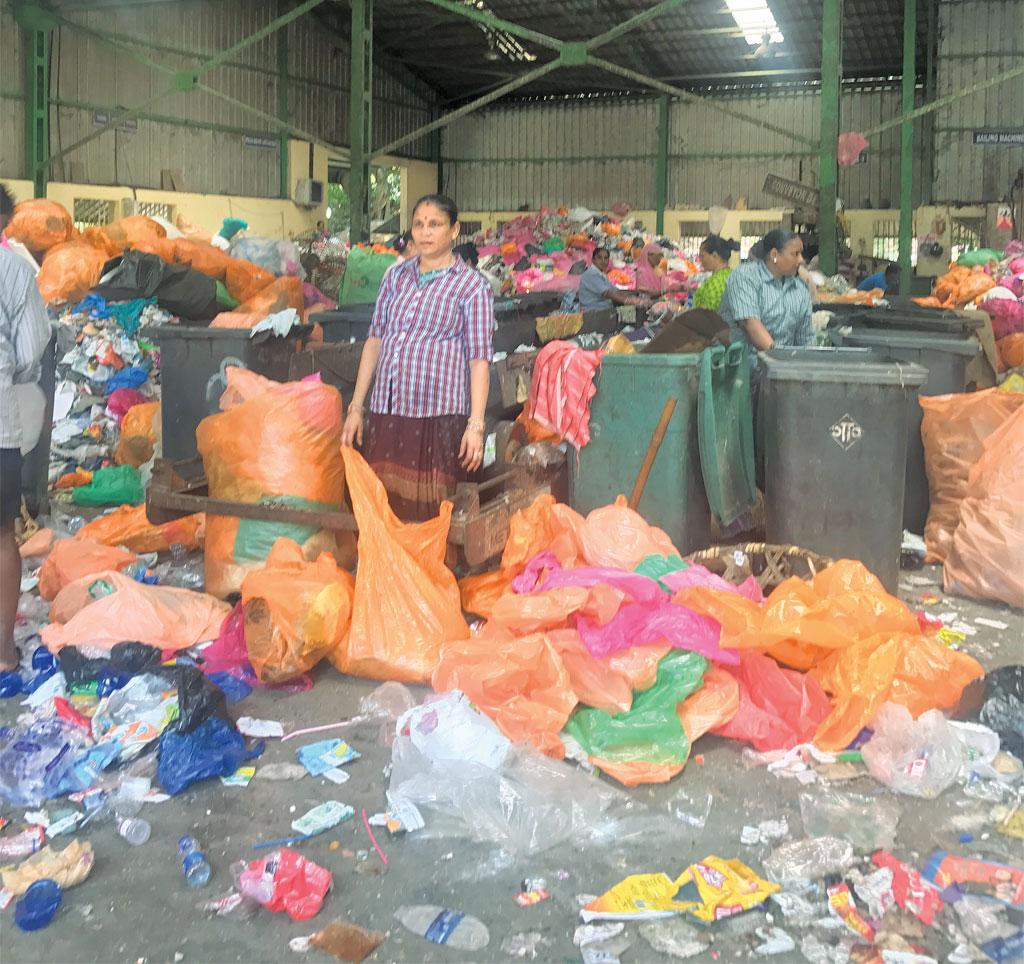 Only seven of Panaji's 12 dry waste sorting stations were functional when Down To Earth visited the city in May (Photographes: Richa Agarwal)

Panaji was once on track to be a model city. In 2003, the capital city of Goa experimented with decentralised waste management system. This segregation of waste at source helped it become a zero-landfill, bin-free city within a decade. In 2016, Panaji received a Clean City Award by Delhi-based non-profit Centre for Science and Environment (CSE). But one year later, the city’s decentralised waste management system is on the verge of collapse. What went wrong?

Under decentralised solid waste management, Panaji’s 115 residential colonies are divided into 12 waste management zones, each under a supervisor, who manages collection and transportation of segregated waste. Households are required to segregate waste into five fractions: wet waste, plastic, paper and cardboard, metal and glass, and non-recyclables. Wet waste is sent to 100 composting units in the city, while dry waste is sent to 12 sorting stations (one in each zone) for further segregation. But when Down To Earth (DTE) visited Panaji in May, only seven dry waste sorting centres and 50 wet composting sites were functional.

“One of the biggest problems for the citizens is the unmanaged composting sites where wet waste is being dumped. Most of these sites are in residential areas and stink,” says Norma Alvares, a Panaji-based advocate. “Horticulture and other types of wastes are being dumped in the open and rem ain uncollected,” she adds. DTE also witnessed open dumps in several areas of the city, such as Altinho, Nevgi Nagar and Calapor.

“We had plans to handover composting sites to resident welfare associations or to non-profits for operation and upkeep, but it did not materialise,” says an official from the City Corporation of Panaji (CCP) on condition of anonymity. “CCP is unable to run composting sites and in many areas these sites are being used as wastebins,” says another official from the Goa Waste Management Corporation (GWMC), the apex body overseeing waste management in the state. The wet waste from households is also being sent to bulk composting sites at Patto and Illas in the city. Earlier only wet waste from hotels and eateries was sent there. 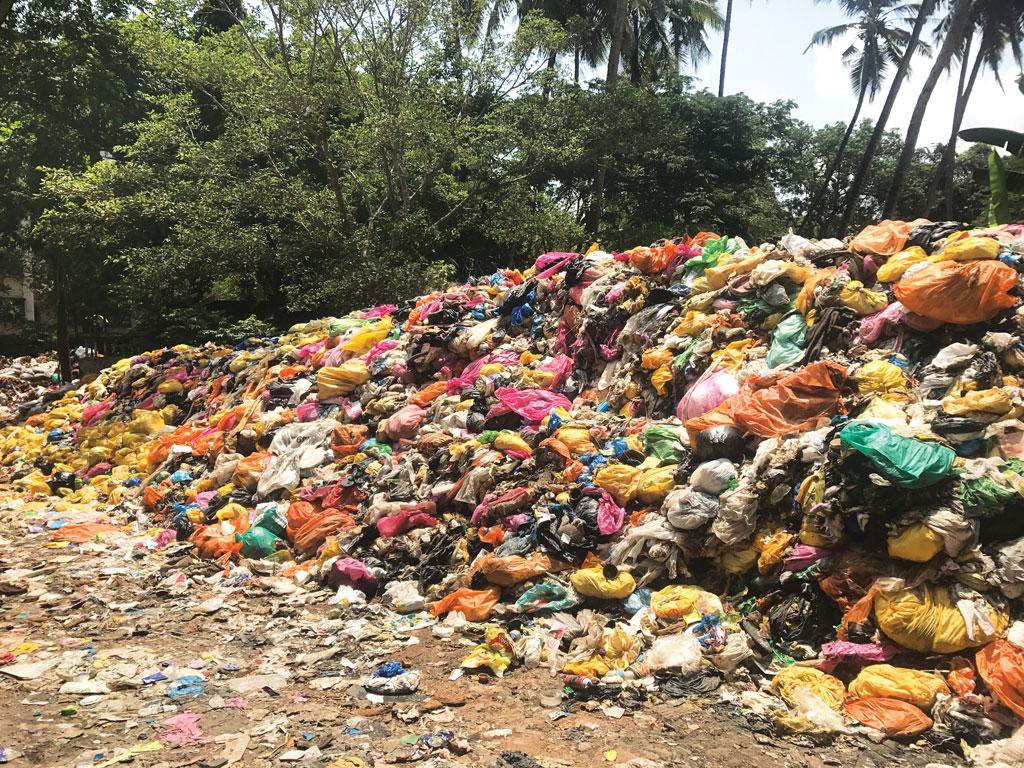 What’s worse, many households and commercial establishments have stopped segregating waste because inspections by CCP have reduced. Earlier, households were fined by CCP for giving unsegregated waste. “If a municipal worker refuses to collect unsegregated waste from the households, the residents dump waste in the open. Collecting this waste from streets is a huge challenge for CCP because the system was developed to handle segregated waste,” says Clive Paiva, city project associate, CCP. Open dumps have also resulted in an increase in waste burning.

“The corporation has also not been able to keep pace with the growing quantum of waste,” says a CCP sanitation supervisor, who also did not want to be named. The city produces 80 tonnes of garbage a day, says the official, up from 55 kg in 2015. “It should have taken steps to improve the waste-processing infrastructure and increase the workforce to ensure timely collection of segregated garbage,” he adds.

The collection system has also become weak due to shortage of municipal staff. “Even if a few people go on leave, collection becomes a problem,” says Paiva. “Staff shortage is becoming more acute because labour costs have gone up and CCP is not offering adequate incentives. Even zonal supervisors are not performing their duties and often overlook burning of waste burning in their areas,” he adds.

Panaji has two material recovery facilities at Campal and Parade Ground that receive waste from the city’s 12 waste management zones. These facilities are running at full capacity but are unable to manage the mixed waste they are being supplied. “Earlier, we segregated dry waste into 30 fractions, but now segregate it into only seven-eight fractions,” said an employee at the Campal Material Recovery Facility. Moreover, about 80 tonnes of sanitary or bio-medical waste is lying at Campal facility for the past one year. Sanitary waste is collected by CCP from household once a week. “We are clueless about its disposal. There is a contract with a few hospitals to dispose it off in their bio-medical facilities, but they are not equipped to handle such huge amounts,” says a municipal engineer from CCP.

Although there has been a clear decline in the waste management system, CCP has continued to charge its annual sanitary fee of Rs 365 from households and Rs 300-10,000 from hotels. It is also still making money by selling segregated waste to dealers (who buy recyclables) and to cement processing companies in Karnataka (that buy non-recyclables). There have been no budget cuts or shortage of funds. The corporation’s efficiency and services have just gone down.

Chitra Mukherjee of Chintan Environmental Research and Action Group, a Delhi-based non-profit studying Goa’s waste management system, says, “Though Panaji’s community engagement was good earlier, it also needs to be stepped up.” Agrees Sanjit Rodrigues, former commissioner of CCP, under whom the decentralised waste management started. “Awareness campaigns helped us build the decentralised system. We need to work on the same lines again and create mini Panajis across Goa,” he says.

The article was first published in August 1-15, 2017 issue of Down To Earth under the title "Back to bins"