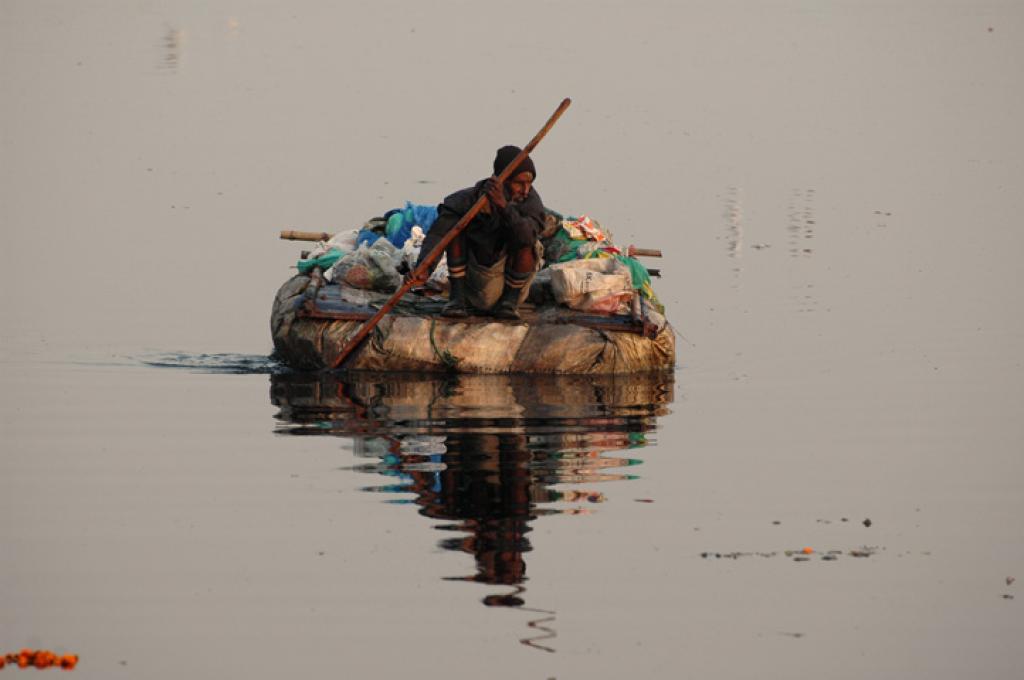 All eyes are turned toward Rio de Janeiro to watch top athletes from all over the world compete. Yet the headlines continue to highlight the problems with the water quality and the risks to the athletes who swim, row and sail, and even to tourists simply visiting the beaches.

Large concentrations of disease-causing viruses have been found in the aquatic venues, particularly in the Rodrigo de Freitas Lagoon, where Olympic rowing will take place, and the Gloria Marina, the starting point for the sailing races. These viruses – adenoviruses, rotaviruses and noroviruses – are coming from human fecal wastes, untreated and/or inadequately treated sewage, and cause a variety of health problems, ranging from milder symptoms such as headache, respiratory infection or diarrhea to severe illness impacting the heart, liver and central nervous system.

But Brazil’s wastewater woes are hardly unique. The water quality of lakes, rivers and coastal shorelines around the world is degrading at an alarming rate. In fact, pollution of the 10 largest rivers on earth is so significant that it affects five billion people.

One of the root problems in Rio and other places is how water quality is tested. Monitoring for a broader set of viruses and other microbes in water would be a big step in improving public health.

Human fecal waste remains one of the most important sources of pathogens. Today, water quality is most often measured by testing for E.coli bacteria, and this is the standard used around the world. But we have better ways to identify the microbes that cause problems when pollution, such as sewage, is released in our rivers, lakes and shorelines.

In my own research, my colleagues and I have tested for the presence of an alternative virus (known as the coliphage) as an inexpensive indicator for evaluating sewage treatment. We also use a whole variety of other tests which allow us to monitor for specific pathogens including viruses.

Our analysis and others suggest we should be striving at a minimum for 99.9 percent reduction of viruses by the variety of sewage treatment designs. If we rely on testing only for E.coli bacteria, we won’t be able to remove viruses.

Testing for a broader set of microbes makes it easier to diagnose what the source of pollutants are. For example, these microbial source tracking tools allow one to trace the pollution back to humans, cattle or pigs. We have used these tests throughout the U.S. and Europe, and they are now being used in resource-poor areas including Africa and South America. While these methods are not routine and are slightly more expensive, the results provide valuable information that allows one to better remediate water quality problems.

Studies on how frequently pathogens occur can then be connected back to the sources, with recommendations on treatment in order to reverse pollution trends. Incentives can be used to enhance best management practices such as preventing runoff from farms, composting to reduce pathogens in manure and improved disinfection of wastewater to kill off viruses.

Globally, the challenge of implementing new tests and treatments is immense. In the last 60 years we have seen a great acceleration of population growth, and this, in combination with lack of sewage treatment and failing infrastructure, has caused a continual degradation of water quality, as demonstrated by increasing toxic algal blooms and fecal contamination that cause microbial hazards. Indeed, one of the United Nations' Development Goals is “access to improved sanitation facilities.”

In international rankings, Brazil went from 67 percent to 83 percent access (1990 to 2015) for access to sanitation. Yet progress varies geographically across the states in Brazil. While rural areas may have on-site water treatment systems and urban areas are collecting wastewater, government reports show only 14 percent to 46 percent of the sewage generated in Brazil is treated.

Around the world, the regulations governing water quality for recreation are in urgent need of revisions in part because of the growing array of pathogens in wastewater.

Sewage contains well over 100 different viruses (adenoviruses, astroviruses, coxsackieviruses, enteroviruses, noroviruses and rotaviruses) among other pathogens like the enteric protozoa (Cryptosporidium). Newly emerging viruses such as Cycloviruses, which are causing neurological problems in children in Asia, are also showing up in sewage. Thus, the detection of these large concentrations of adenoviruses such as was found in Brazil is likely the tip of the iceberg.

It must be said clearly that the E.coli test simply does not work for viruses, and we must evaluate whether sewage treatment is properly removing viruses. While the World Health Organization, the U.S. EPA, the EU and the scientific community have known about the deficiencies of the E.coli indicator system for decades, little has been done to address this. Monitoring costs, lack of development of standard methods and no focus on a water diagnostic strategy are among the reasons for this lack of advancement.

Yet to my knowledge, many government agencies and even large nonprofits such as the Gates Foundation are not aware of these limitations. The E.coli approach alone cannot help resolve the questions that need to be answered to improve sanitation, sewage treatment and water reuse while protecting important aquatic ecosystem services.

New molecular tests can detect both live and dead viruses. Adenoviruses, for example, have been found in raw sewage around the world. If adequate treatment and disinfection are used, this contamination can be reduced to nondetectable levels.

The numbers of adenoviruses found in Rio were reported from 26 million to 1.8 billion per liter, which is essentially the level found in untreated sewage. It is not known how many viruses were alive but 90 percent of the samples did contain some level of live viruses.

Adenoviruses have been found in U.S. waters as well, posing a threat to public health. Our studies in Chicago found 65 percent of the Chicago Area Waterways System (CAWS) which receives treated wastewater tested positive for adenoviruses, with average concentrations of 2,600 viruses per liter in the canals and about 110 viruses per liter on the beaches. These data indicate some die-off as viruses move toward the beach, but some remain alive and would be able to cause disease. About 4 percent of the people using these waters for boating and fishing became sick. The presence of these viruses and the subsequent illnesses indicate the need for greater testing and treatment.

Around the world, those who swim in and boat on or use polluted surface waters for hygienic purposes such as bathing, cleaning clothes, washing dishes or even for religious purposes are all at risk of diarrhea, respiratory disease, skin, eye, ear and nose infections. This is the sad state of affairs and the reality for many people throughout the world. This does not even account for the risks associated with irrigation of food crops or use of the water for animals and drinking water.

While the spotlight is shining on the athletes over the next few weeks, let us also shine a spotlight on what we can do to improve and restore water quality around the world through our collective efforts, use of new tools and risk frameworks, moving the political will one step closer toward sewage treatment and protection of the biohealth of the blue planet.