Even the producers or importers, who have recently started their operations, have been given a collection target which is lesser than the targets for other producers 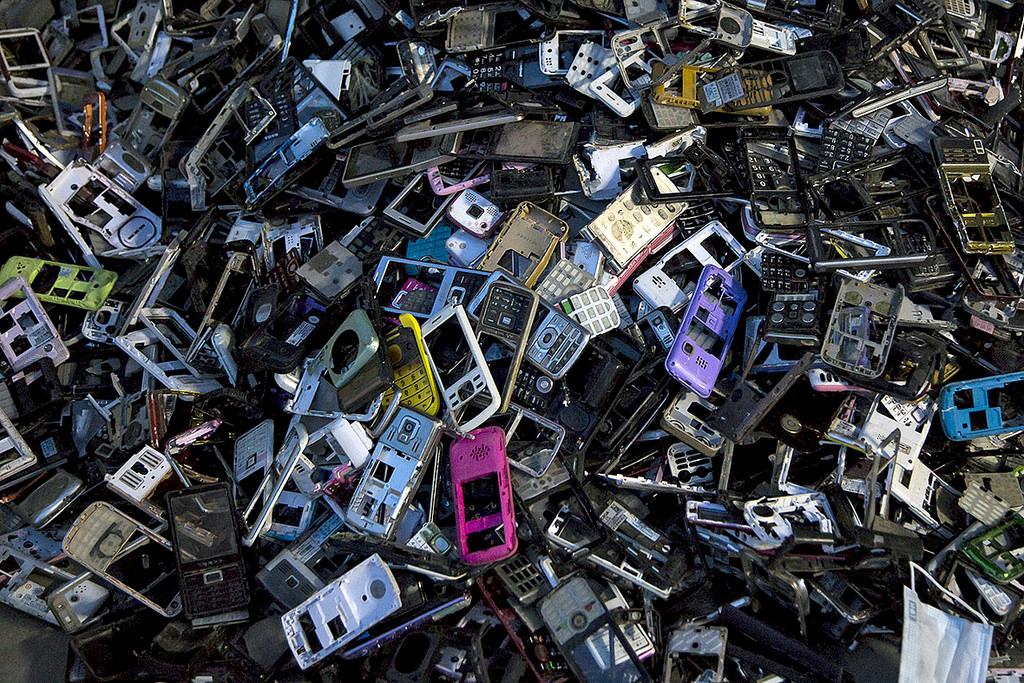 In 2017, over 200 manufacturers of electronic goods were served notices by the Central Pollution Control Board for not complying with e-waste procurement norms. Credit: n1c0_AOF / Flickr

On March 22, 2018, the Ministry of Environment, Forest and Climate Change (MoEF&CC) amended the E-Waste Management Rules, 2016. These rules will be further called E-Waste (Management) Amendment Rules, 2018. In October 2017, the MoEF&CC came out with a draft notification where the ministry has proposed to relax the Extended Producer Responsibility (EPR) plan by reducing e-waste collection targets for industries. The industries are liable to collect only 10 per cent of e-waste during 2017-18, 20 per cent during 2018-19, 30 per cent during 2019-20 and 40 per cent during 2020-21 and so on.

India ranks fifth in the world in generating e-waste, according to the UN’s Global E-Waste Monitor, 2014. In 2017, over 200 manufacturers of electronic goods, including some e-giants, were served notices by the Central Pollution Control Board (CPCB) for not complying with e-waste procurement norms.

Major highlights in the amendment rules

The new E-Waste (Management) Amendment Rules, 2018 has the provision of introduction of Producer Responsibility Organisation (PRO) registration. Another change is the E-waste collection targets in schedule III. (See Table 1). In the earlier amendment, only targets for EPR authorisation was given.

Another important provision is the addition of EPR targets for producers. Producers/importers, who have recently started their operations—whose number of years of operations is lesser than the average life of the product they are selling—have also been given a collection target which is lesser than the targets for other producers. However, the legislation supports them by allowing them to set-off this collected amount at the time of fixation of targets under the Rules. (See table 2). In addition, e-waste collected by producers between October 2016 and September 30, 2017 shall be allowed to be counted in their targets for FY 2017-18.

According to the latest amendment, the Central Pollution Control Board (CPCB) may conduct random sampling of electrical and electronic equipment placed in the market to monitor and verify the compliance of reduction of hazardous substances provisions and the cost for sampling and testing shall be borne by the government, which was not the case in the previous amendment. Earlier, the cost was borne by the producers.

Under rule 21 (2), the manufacturer, producer, importer, transporter, refurbisher, dismantler and recycler shall be liable to pay financial penalties as levied under the Provisions of the Environment (Protection) Act, 1986 by the State Pollution Control Board with the prior approval of the CPCB. Moreover, the collection, storage, transportation, segregation, refurbishment, dismantling, recycling and disposal of e-waste shall be in accordance with the guidelines published by the CPCB.

“The rules have come at an opportune time, as this has helped in clarifying confusion on the targets for this financial year for producers and a key inclusion in the amendment is that the PROs are now required to register with CPCB under the new Rules. We welcome and applaud this step as this will directly support the creation of a legitimate industry,” says Pranshu Singhal, Founder, Karo Sambhav Private Limited. Any entity claiming to be a PRO will now have to show its capabilities, awareness and collection channels across India.  PROs will also have to prove that all collection is legitimate and share proofs for such collection, adds Singhal. The registration will help solve the challenges being faced by PROs when engaging with different stakeholders who do not know or understand what a PRO is and why they should give their e-waste to a produce take-back channel. PROs were not able to procure waste from private and government institutions. The Rules address this lack of acknowledgement of legitimate PROs by asking them to register with CPCB, adds Singhal.

The amendments have few positive points such as PRO registration and revised E-waste collection targets. The integration of the existing informal waste pickers and help them transition into the formal economy in the last amendment (October 2017) is also a progressive feature. However, there is still a question, on how the ground implementation of the rules would be like? We just have to wait and watch.