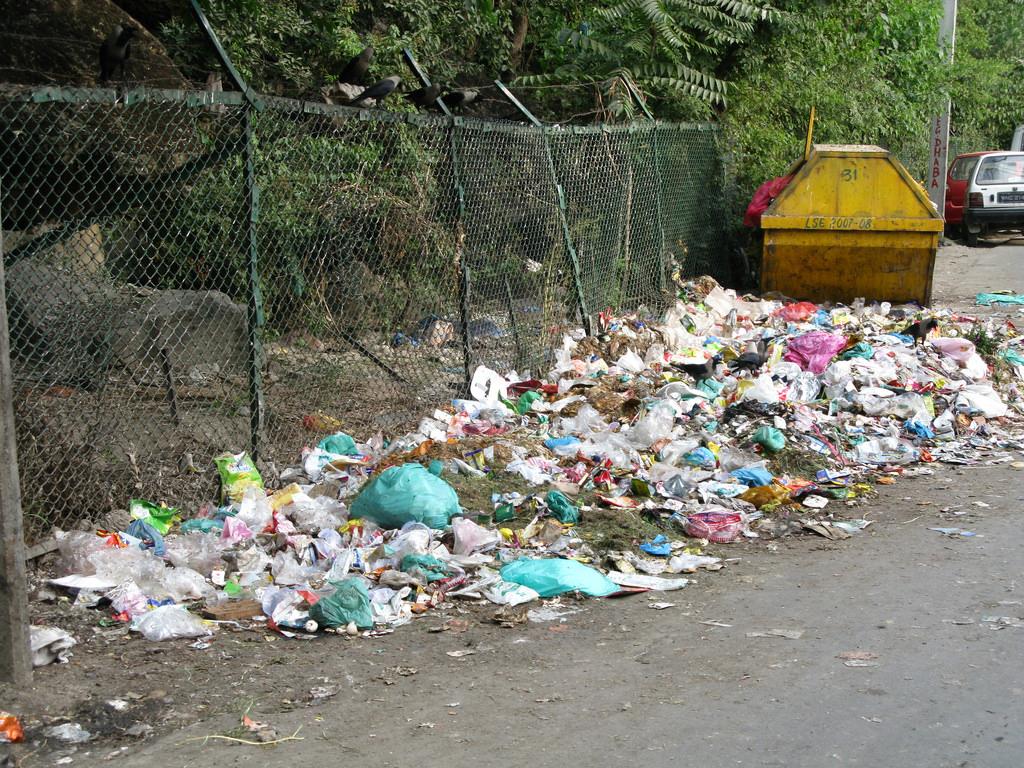 Implementation of plastic waste rules has been poor in all aspects and the amendment says nothing to strengthen it. Credit: Miran Rijavec / Flickr

In 2017, the Central Pollution Control Board (CPCB) estimated that around 25,940 tonnes of plastic waste is generated in India per day. However, according to Plastic Infrastructure Report, 2017, India consumes close to 12.8 million tonnes of plastic per annum, of which, close to 5 million tonnes is rendered as waste every year. Seventy per cent of the plastic waste industry is informal in nature and no action plan for formalising the industry has been pushed in the last two years.

On the other hand, under the Good and Service Tax (GST), plastic waste was put under a 5 per cent bracket, hurting the informal sector, which already lacks a concrete action plan.

The status of plastic waste management in the country is grim even after the rules gave emphasis on banning plastics below 50 microns, phasing out use of multilayered packaging and introducing extended producer responsibility (EPR) for producers, importers and brand owners to ensure environmentally sound management of plastic products until the end of their lives. Implementation of the rules has been poor in all aspects and the amendment says nothing to strengthen it.

Major amendments to the Rules

Rule 15 (Explicit pricing of carrying bags) has been omitted in the amendment. It earlier required every vendor, who sold commodities in a carry bag, to register with their respective urban local body and pay a minimum fee of Rs 48,000 annum (4000/month) after the announcement of the bye-laws. Other minor amendments include the addition of two more definitions: one on ‘alternate use’ and one on ‘energy recovery’.

Under section 9 (3), the term 'non-recyclable multilayered plastic if any' has been substituted by 'multi-layered plastic which is non-recyclable or non-energy recoverable or with no alternate use'. This gives plastic producers a scope to argue that their products can be put to some other use, if not recycled. This move  tantamounts to revoking a complete ban, which it had implied earlier. This type of plastic was supposed to be banned by March 2018, but it is nowhere near a phase-out.

The section13(2) now requires all brand owners and producers to register or renew registration with the concerned State Pollution Control Board (SPCB) or Pollution Control Committee if operational only in one or two states or union territories. They have to do the same with the Central Pollution Control Board (CPCB), if the producers/brand owners are operating in more than two states or union territories. Earlier, only the producers had to register to CPCB or SPCB regardless of their extent of the area of operation. CPCB claims that a centralised registration system will evolve from this.

The idea of extended producer responsibility (EPR), which was introduced in the rules of 2016, still remains nowhere close to being implemented even after two years. As per CSE’s publication on Model Framework for Segregation, major changes required in the plastic waste rules are concerning EPR. EPR targets have to be accounted for at the national level, irrespective of which state the products are sold or consumed in. The amendment does not address these issues. Moreover, no example of deposit refund scheme system has been implemented in any state. Only very recently did Maharashtra government notify a move in this direction. The producers have been reluctant in taking the onus of the waste despite various interventions across the country by government and civic societies.

It is imperative to develop a phase-wise implementation of the EPR programme with yearly targets and a system of nationwide offsets and credit to ensure effective implementation of the rules. With a worldwide crisis due to plastic waste, India has to find a way to curb its plastic pollution at the earliest and that is only possible when all the stakeholders take the responsibility of ensuring minimisation, reuse and recycling of plastic to the maximum.