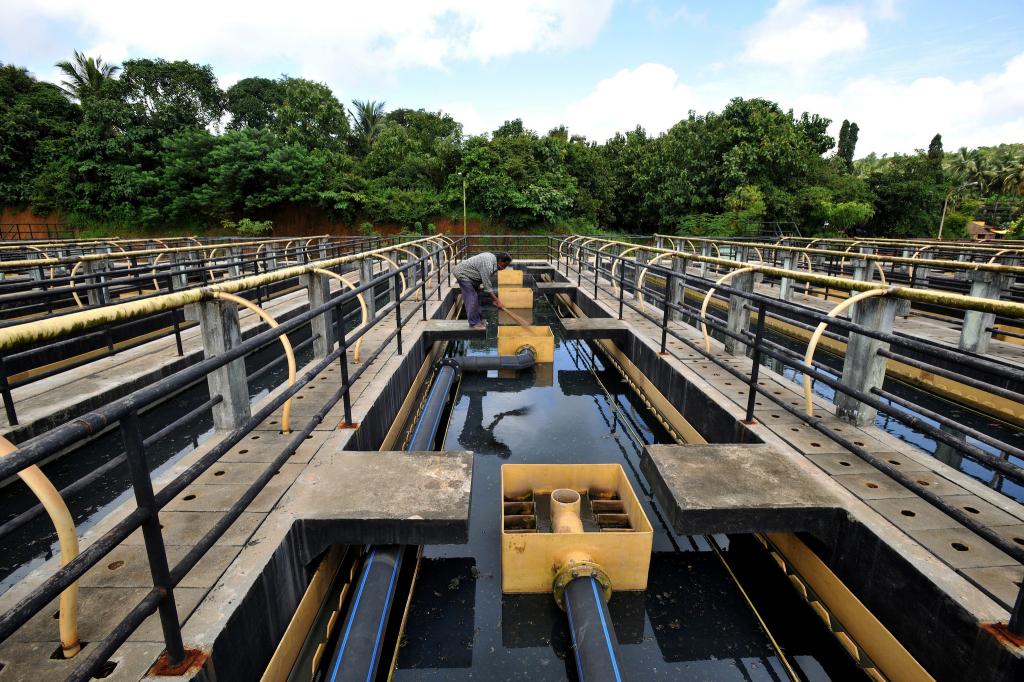 The garbage processing plant used to process about 75 per cent of the waste generated by the city. Credit: ADB/Flicker

Chandigarh Municipal Corporation (CMC) on August 31 decided to part ways with Jaypee Group over the management of solid waste processing in the city. In a monthly house meeting, the CMC officials sever ties with the company following National Green Tribunal’s order earlier in August to settle the dispute as early as possible.

Situated in Dadumajra neighbourhood in Chandigarh, the garbage processing plant is one of the firsts to come up in a North Indian city. It processed about 75 per cent of the waste generated by the city and turned most of it into combustible material to be used in a captive manner in Jaypee and its associates’ plants in Himachal Pradesh, Punjab and Haryana.

Following an agreement between CMC and Jaypee Group, the plant came up in 2007. However, since the very beginning, the company was claiming that it was running into losses due to the non-payment of a tipping fee, a charge levied upon a given quantity of waste received at a garbage processing plant. According to Jaypee Group, the company was making a loss of Rs 5 million every month due to non-payment of fees.

On August 31, the agreement was terminated with mutual consent. According to CMC officials, the operation of the garbage processing plant would be handed over to a successor entity. “In the meeting it was decided that both the parties may terminate the agreement with mutual consent subject to the understanding that CMC will pay the salvage value as assessed by an independent valuer mutually agreed upon by both the parties and after payment of the salvage value, further handing over the plant to the successor entity approved by the CMC,” stated a note circulated in the CMC meeting.

A nine-member committee, which had been constituted earlier on this issue, will take the final decision over the successor entity. According to sources, the CMC is already in talks with a UP-based solid waste management company as its successor. The committee, which includes Mayor Arun Sood, CMC Commissioner B Purushartha, councillors Subhash Chawla, Sat Parkash Aggarwal and Surinder Bahga and other CMC officials, will finalise the method of terminating the agreement with the Jaypee group. It is left with the option of paying Rs 30 crores as the salvage value to Jaypee Group which will also have a say over the selection of the successor.

The opposition comprising mostly Congress councillors, however, protested and issued a dissenting note in the same meeting. According to Congress councillor, Subhash Chawla, the company has illegally left the city in a lurch citing a tipping fee dispute. “We have demanded that the company should be blacklisted,” he added. Incidentally, according to Chandigarh Mayor Arun Sood, as per the Memorandum of Understanding between Jaypee Group and the CMC, the company cannot be penalised for any violation. The Municipal Corporation has to submit a report on September 15 to the National Green Tribunal on its decision.

On the other hand, from 350 metric tonnes, according to CMC Commissioner B Purusharta, the quantum of garbage produced by the city has increased to 550 metric tonnes. Until NGT’s order on July 27, the untreated garbage was dumped without treatment for more than a fortnight on to the landfill after Jaypee Group shut down the plant on July 11, with residents complaining of health hazards emanating from the dump.