Could bio-toilets solve India's sanitation problems and save the Yamuna river?

The Indian Railways is now adopting bio-toilets in recognition of their affordability, ease of maintenance and water savings 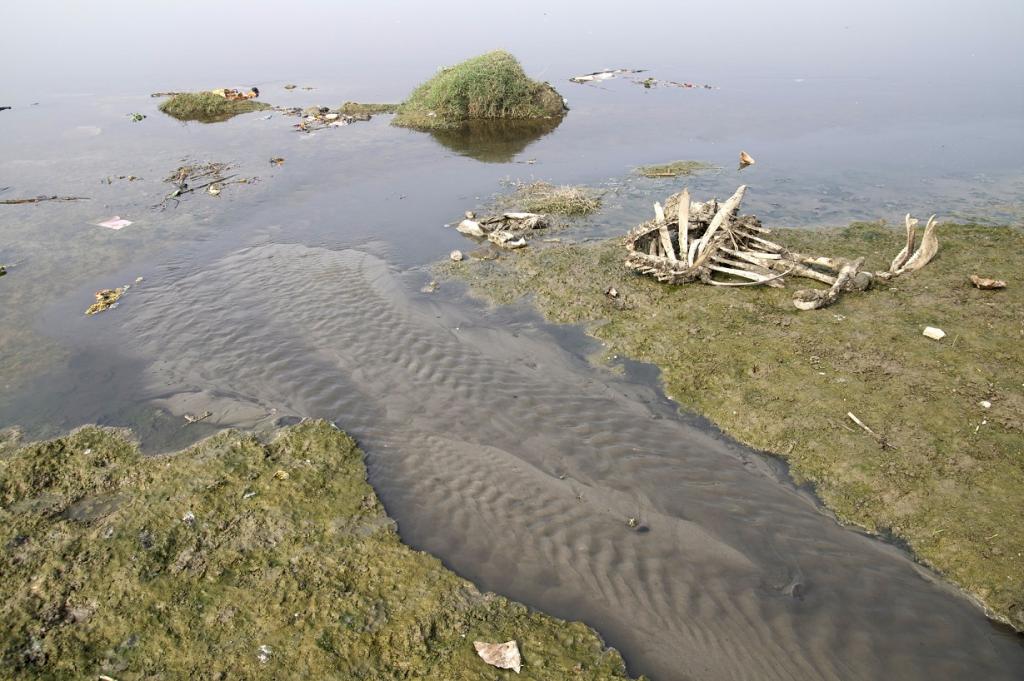 Efforts to address the Yamuna’s plight are critical because it has been classified as “ecologically dead”. Credit: Ajay Tallam / Flicker

Can massive amounts of human excrement be transformed and used to tackle waste management challenges? India is currently addressing this issue by channeling it into into composting systems through the use of Biodigester toilets (also known as bio-toilets).

Interest in the production of biotoilets has spiked in recent years with private sector companies, the Defence Research and Development Organisation and non-governmental organisations entering the market.

These are cost-efficient means of reducing water consumption because they do not dilute raw sewage with water. Bio-toilets allow bacteria to decompose human waste in a vacuum, creating a source of gas that can be stored or burned as energy. The Indian Railways is now adopting the widespread use of bio-toilets in recognition of their affordability, ease of maintenance, and water savings.

As of October 2016, more than 48,000 bio-toilets have been installed with plans for a complete system overhaul of all India Railways trains by 2019. The multi-million dollar effort, funded through a grant from the central government, aims to create a discharge free “green corridor” wherever Indian trains run. Commuters on the Mumbai railways. Simon/pixabay

What makes sense for India’s trains also makes sense for India’s cities. In Mumbai, the Brihanmumbai Muncipal Corporation has announced plans to install 362 public bio-toilets in slums where sewage networks do not exist. The program, which is similarly funded by the ruling government’s campaign for a “Clean India”, also known as Swachh Bharat, aims to increase the number of bio-toilets in low-income areas that are not connected to municipal sewer lines.

The switch to bio-toilets in Indian Railways and in low-income urban areas shows that it is possible to make systematic changes in waste management practices. Alongside these commercial and government measures, the uptake of bio-toilets in the homes of middle- and upper-class urban residents could also make a sizeable impact. India’s well-to-do urban residents can use up to 500 litres-per-day while generating 30 litres or more of sewage. If these residents were to seek alternatives to conventional flushing toilets in their households, as well as in their businesses, then both the water supply and sewage treatment demands of Indian cities could reduce considerably.

The social acceptance of bio-toilets is a major hurdle to implementation. Bio-toilets require a cultural shift in how people think about the proper way to manage their wastes. They also require a reconfiguration of mindsets so that people do not fear contamination from their relative proximity to wastes that otherwise would have been taken “away” by pipes and sewers. An additional challenge would involve getting people to think more about the collective benefit of an improved waste management system.

It is because a switch to bio-toilets requires public awareness and public acceptance that the move to equip the trains of Indian Railways with this technology is hugely important. The Indian Railways transports 23 million people, or roughly the entire population of Australia, each and every day.

As a diverse set of citizens come to experience and understand the sanitation benefits that bio-toilets provide, the likelihood that they will be amendable to using them elsewhere increases. The Swachh Bharat campaign could supplement this change of sentiment by providing information, and possibly even subsidies or tax offsets, to help urban residents make the switch to bio-toilets.

Currently one of our most valuable commodities, water, is used to dispose of waste. This leads to the contamination of more freshwater resources. But if residents in cities such as New Delhi were to make a shift towards the use of low water devices such as bio-toilets, then it would be easier to reduce water wastage as well as the amount of raw sewage that flows into one of India’s most sacred and damaged rivers, the Yamuna. Efforts to address the Yamuna’s plight are critical because the New Delhi stretch of the river has been classified as “ecologically dead”. Despite considerable measures by state and central governments, moreover, the river’s pollution levels have not improved in recent years. This suggests that the Swachh Bharat campaign is struggling to meet the targets set when the initiative was launched in early October 2014.

The challenge of improving the Yamuna’s condition requires more than effective riverside cleanup efforts. The key issue is the need to overhaul a sewage management system that only treats about one half of the sewage that is generated daily in New Delhi. The urgency of such an overhaul is underscored by estimates that the capital city’s population will rise from 18 to 36 million by 2030. Along with a doubling of the population comes a massive increase in waste generation. The enormity of the challenge means that it is time to facilitate the uptake of low-water commercial, industrial, and household waste management practices.

Combined with the renewal of wastewater treatment plants, and a reduction of commercial and industrial inputs, the water quality could be improved via the expanded use of bio-toilets. The systematic overhaul of urban water and waste management infrastructures will go a long way towards giving the Yamuna a new lease on life and meeting the government’s goal to clean and revive India’s precious rivers.