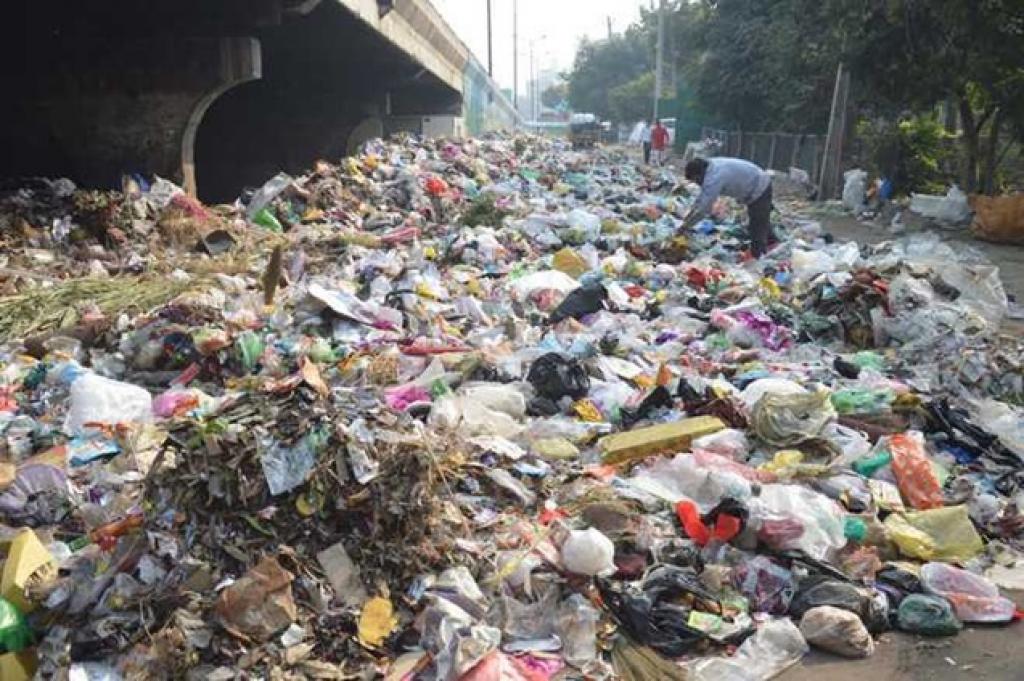 Solid waste management is a major environmental issue in Panipat. Rampant waste dumping has been observed in the industrial areas of the district. During a recent visit to the district, Bhure Lal, chairman of Environment Pollution Control Authority (EPCA) found that all solid waste from industries as well as garbage was dumped on the roadside in an extended area near Nimbri village.

According to the Haryana State Pollution Control Board (HSPCB), the solid waste dumpsite at Nimbri was the only dumping site provided by Haryana State Industrial Development Corporation. All solid waste is first collected in solid waste collection point in district Sector 25, from where it shifted to the dump site in Nimbri.

He also found construction and demolition (C&D) and plastic waste dumped in open space in a residential area in Sector 25. There was no organised system for disposal of waste.

The EPCA chairman directed the authorities that the solid waste management system be improved in the area. He had visited the area in presence of Kamaljeet Singh, regional officer, Panipat; Sushil Kumar, Commissioner, Haryana Municipal Corporation, Panipat; and Jagmal Singh, XEN, HSVP.

A large number of illegal industries operate in the district; the HSPCB had issued an order directing them to put up a board on their entry gate mentioning the name of the industry and their consent details.

During his visit, Bhure Lal found that only red-category industries had mounted boards with their consent details.

Panipat was identified as a critically polluted area in 2009 by the Central Pollution Control Board. The overall CEPI score of Panipat in 2018 was 83.54 — it occupied 11th spot among the top 100 polluted industrial clusters across the country.

Panipat has a total of 850 industries, with textile being the major industrial sector. Textile / fabric units constitute 75 per cent of the total air polluting units. Woollen material, carpets, and other garments are processed in these units.

Delhi-based think tank Centre for Science and Environment (CSE) has previously surveyed the industrial area in the district and found industries dumping their solid waste in nearby vacant plots. Sometimes these dumped industrial waste and garbage were burnt in open, adding to air pollution.

The regulatory bodies need to conduct inspection visits to ensure no industrial waste is dumped in undesignated areas, and that proper disposal practices are followed.