A record 4,771,602 food wrappers picked up in a single day by 943,195 volunteers of environmental advocacy group Ocean Conservancy across 116 countries 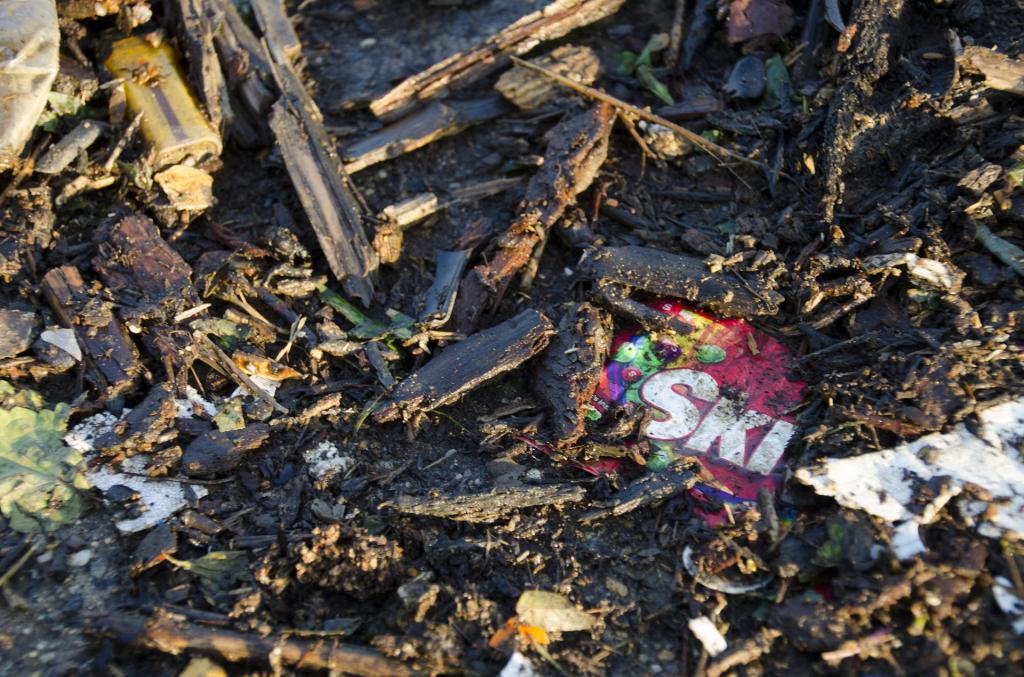 Beaches and waterways across the world are most littered by food wrappers, which overtook cigarette butts, according to the results of the 2019 International Coastal Cleanup (ICC) organised by international non-profit and environmental advocacy group Ocean Conservancy.

This was the first time since the start of the annual ICC in 1986 that cigarette butts were displaced by food wrappers, defined by Ocean Conservancy as consisting of chip bags, candy wrappers, drink pouches and similar flexible packaging.

In comparison, 4.2 million cigarette butts (which contain plastic filters) were picked up by volunteers, along with 1.9 million plastic beverage bottles, 1.5 million plastic bottle caps and 942,992 straws and stirrers. Volunteers removed 9.4 million kilogrammes (20.8 million pounds) of trash during the 2019 ICC.

Food wrappers are usually composed multiple layers of plastic and are often low-density, effectively making them unrecyclable, according to Ocean Conservancy. There were also few comparable alternatives to plastic food wrappers, said the group. 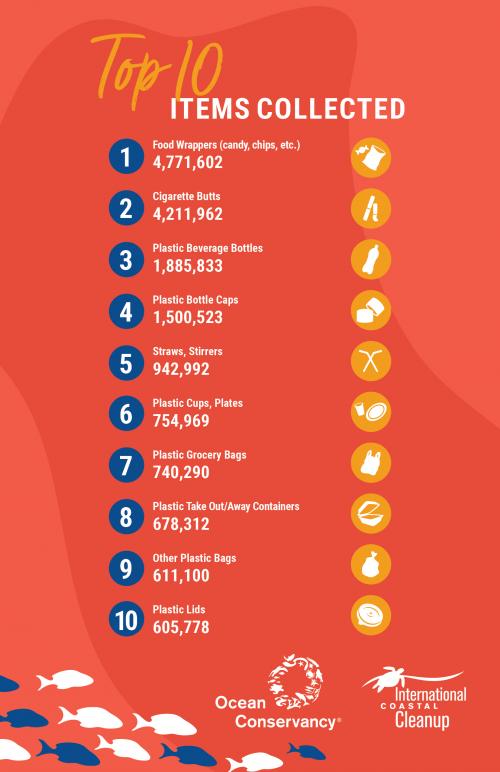 Nearly 45 per cent of plastic production in Europe, India and the United States between 2002 and 2014 went towards packaging, compared to less than 19 per cent for building and construction, the second-largest plastic-use category. This data was drawn from a 2017 study by Ocean Conservancy.

“In the early days of the ICC, volunteers were finding glass bottles, metal cans, paper bags, and other items that have increasingly been replaced by plastic alternatives,” said Allison Schutes, director of Ocean Conservancy’s ICC.

“As a result, more and more food-related plastics are ending up in our environment, where they persist and threaten wildlife indefinitely,” she added.

Plastics swept the 10 most littered items in the ICC’s list for the first time in the same year, with all but two items — cigarette butts and straws and stirrers — related to packaging.