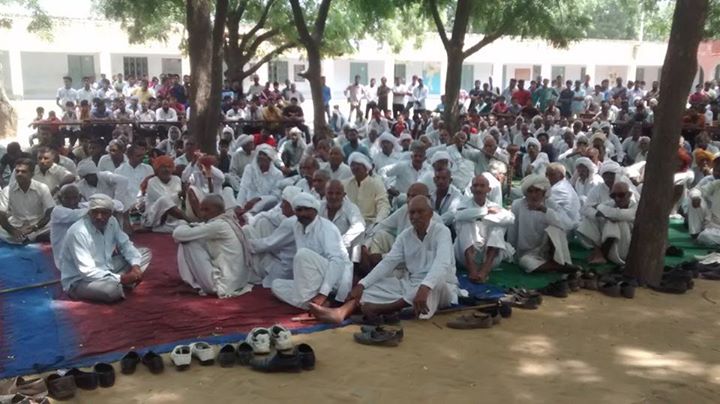 A 37-hectare landfill site proposed by the Haryana government in the Aravalli region has emerged as a sticking point in finding a solution to waste disposal in Faridabad and Gurgaon. Stating that the Aravallis function as a major water recharge zone and the proposed waste treatment site would pollute the groundwater, residents of 20 villages have passed a resolution asking the process of developing this area as a landfill to be stopped.

In October 2015, the Haryana government had given official clearance for a landfill site to be developed on the 37 hectares, saying that the area falls in the revenue estate of village Gothra and does not form the core area of the Aravalli forest range. But Jitender Bhadana, team leader of Save Aravalli, protested the government decision on the grounds that dumping of municipal solid waste would destroy the lives of people living in a 10-km radius, in addition to affecting wildlife, trees and commuters on the Gurgaon-Faridabad highway.

Indiscriminate dumping of solid waste in the Aravallis, adjoining Gurgaon and Faridabad in the National Capital Region, has emerged as a serious concern for local residents. Municipal corporations of both cities dump nearly 1,100 tonnes of untreated garbage in another 12-hectare area in the region. This dumping site lies in the vicinity of the Bandhwari sewage treatment plant, which has been lying defunct for the last two years. In the absence of an appropriate landfill site, local authorities have continued dumping waste on this piece of land.

The accumulated solid waste poses a grave risk to the ecosystem of the Aravallis, the groundwater table and the health of residents. Local NGOs report the frequent occurrence of diseases like skin lesions, bloody diarrhoea and dermatitis among people in the neighbouring villages.

NGT Chairperson Justice Swatanter Kumar issued notices to the Ministry of Environment and Forests (MoEF), Delhi and Haryana governments, Central Pollution Control Board (CPCB) and others, seeking their replies by October 28. In a hearing on November 23, two of the respondents prayed for more time to file the reply. The matter will be heard next on December 22, 2015.

Experts say the government should reconsider its decision of allotting a landfill site for dumping of waste. Processing of waste, along with proper waste segregation and efficient waste collection policy, will help to tackle the problem more efficiently.