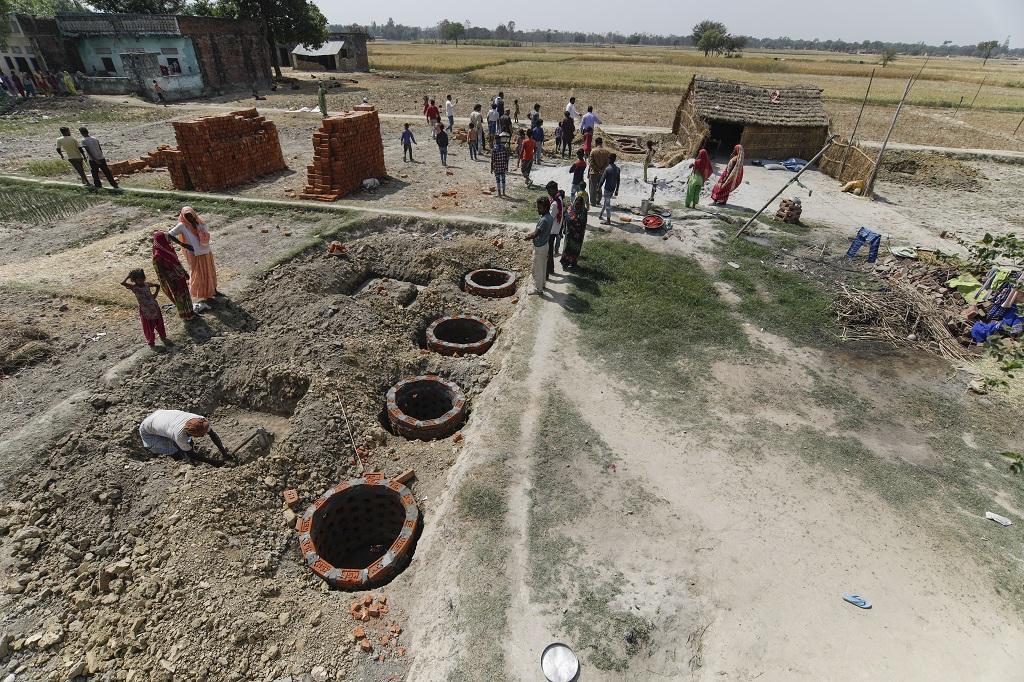 The Centre has met close to 85 per cent of the target under Swachh Bharat Mission (SBM)–Rural, but this success may be jeopardised by the abysmal performance of 12 districts across five states, according to data from State of India’s Environment in figures – 2018, an annual e-book published by Down to Earth.

Their performance will be crucial in achieving the SBM-Rural’s target of 100 per cent toilet coverage by October 2, 2019.

With just 54 per cent households having toilets, Odisha is the worse among the ten states. Balangir (37.8 per cent), Mayurbhanj (39.16 per cent) and Cuttak (39.4 per encent) are the three worst districts in the state. 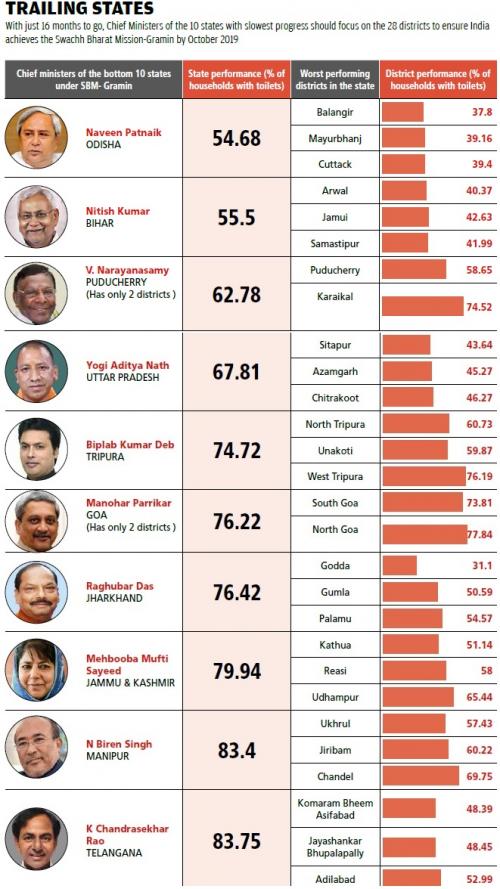 In Bihar, which is marginally better than Odisha, just 55 per cent of the households have individual toilets. The three worst performing districts in Bihar are Arwal (40 per cent), Jamui (42 per cent) and Samastipur (41 per cent).

In Uttar Pradesh, where 68 per cent rural households have individual toilets, the target could be missed due to the low toilet coverage in Sitapur, Azamgarh and Chitrakoot districts.

Telangana may take pride by having achieved 83.75% of the target, but the state is likely to be let down by slow progress of Komaram Bheem Asifabad, Jayashankar Bhupalapally and Adilabad.