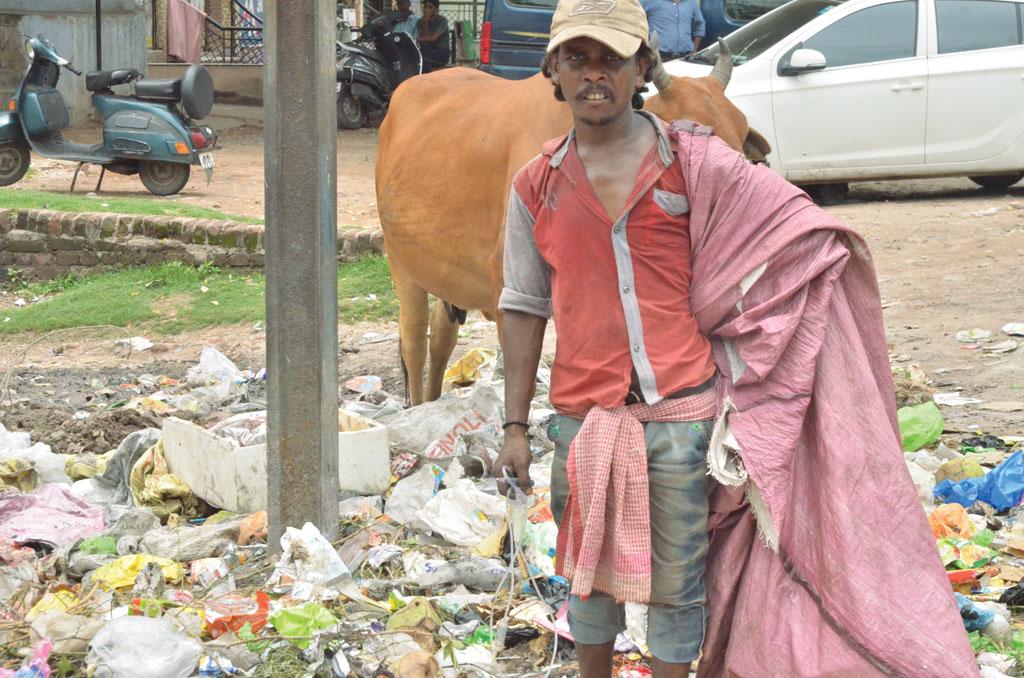 If you thought hospitals only treat diseases and make us healthy, then think again. Hospitals in Jharkhand are hotbeds of infections that put doctors and patients at a high risk of catching diseases. The reason is the way the hospitals, government and private alike, handle their biomedical waste.

Every day, healthcare facilities in Jharkhand dump 2,201 kg of biomedical waste without even basic treatment, says the Central Pollution Control Board (CPCB). This is over 40 per cent of the total biomedical waste generated in the state. The India average is close to seven per cent.

Worse, several healthcare facilities in the state sell plastic waste such as infected syringes and blood bags to scrap dealers, shows a study by Delhi-based non-profit Centre for Science and Environment (CSE). The study, which collected waste management information from 19 hospitals in Ranchi and Dhanbad districts with a combined bed capacity of 3,486, highlights how the hospitals are flouting the Bio-Medical Waste (Management and Handling) Rules, 1998 and the Bio-Medical Waste Management Rules, 2016, at every stage.

The 1998 Rules state that waste should be segregated in four containers: a yellow container for infected body parts, blood soaked cotton, gauges and bandages; a red container for intravenous tubing, saline bottles, catheter, syringes and gloves; a puncture-proof container for sharp wastes; and a cardboard box for glassware and metallic body implants. The reason for segregation is that 15-20 per cent of waste generated in hospitals is toxic and needs to be treated. But mixing it with the remaining 80 per cent increases the pool of infected waste and chances of infection. The CSE study finds that 42 per cent hospitals do not follow even this basic segregation guideline. In fact, just 52 per cent hospitals have their yellow containers distinctly marked as containing bio-hazard waste. Most hospitals (79 per cent) transport their waste in open containers, which increases the risk of spreading infection. Biomedical waste, being organic in nature, must not be kept within the premises of any healthcare facility beyond 48 hours. In reality, just three of the 19 hospitals follow this guideline. Two of the hospitals admit that they clear their waste only twice a week.

Hospitals blame CBWTF for the situation. “People from CBWTF do not come to collect the waste even after we make repeated calls for three to four days. Finally, we are forced to burn the waste ourselves,” says Antara Jha, hospital manager of the District Hospital at Ranchi.

As one approaches the lone CBWTF, located at Ramgarh, heaps of biomedical waste can be seen littering the surroundings. CSE was not allowed to enter the premises by the private contractor who runs the place. The site’s chimney was shut down, which hints that incineration might not be happening at the site. Hospital authorities say the State Pollution Control Board (SPCB) has failed to take any action against CBWTF despite being aware of the dire situation. Kamal Agarwal of Dhanbad Nursing Home says he has complained to SPCB, but the agency has failed to act. Sanjay Kumar Suman, member secretary of Jharkhand SPCB, refutes the claims. He says, “A case is already going on against CBWTF and we have submitted our reply based on our survey. So, what is the point of going again and again for inspection.” He adds that three more CBWTF plants are in the pipeline. The sites for the new plants have been identified and construction will start after getting environmental clearances.

While the lax attitude of CBWTF is a major problem, hospitals are also not serious about proper handling of biomedical waste. For example, the condition of the interim waste storage area within the healthcare facilities is deplorable. The 1998 Rules say all healthcare facilities should have a covered interim waste storage area, which should be kept locked. In reality, most hospitals simply dump their waste in the backyard. The hospitals which have interim storage area do not have locks. As a result, stray animals carry the waste outside, increasing the chances of spreading the infections.

Every healthcare facility should maintain records of generation, collection, storage, transportation, treatment, disposal and any other form of handling of biomedical waste undertaken over five years. The 1998 Rules state that the records should be shared with SPCB every year. In reality, most facilities do not maintain the records and depend on the information gathered from the bills furnished by CBWTF operators. They also use CBWTF estimates for the annual report to SPCB, which means untreated biomedical waste goes unaccounted.

As per the 2016 Rules, healthcare facilities should also have an accident reporting system to check any mishaps during handling of biomedical wastes. But 14 of the 19 hospitals are not following this guideline. Officials at all the 19 hospitals are not even aware that they need to prepare a report about the remedial steps taken as a response to every accident/mishap within 24 hours.

Ignorance is one of the main reasons behind the poor management of biomedical waste in the state. An alarming 90 per cent of the staff nurses in the 19 hospitals CSE visited are not aware of the 1998 Rules—almost two decades after they have been implemented. It comes as little surprise that except a medical superintendent at Patliputra Medical College Hospital, Dhanbad, staff in the other hospitals have never heard of the 2016 Rules. Healthcare staff in most hospitals are not even aware of the colour coding practices meant for biomedical waste segregation. 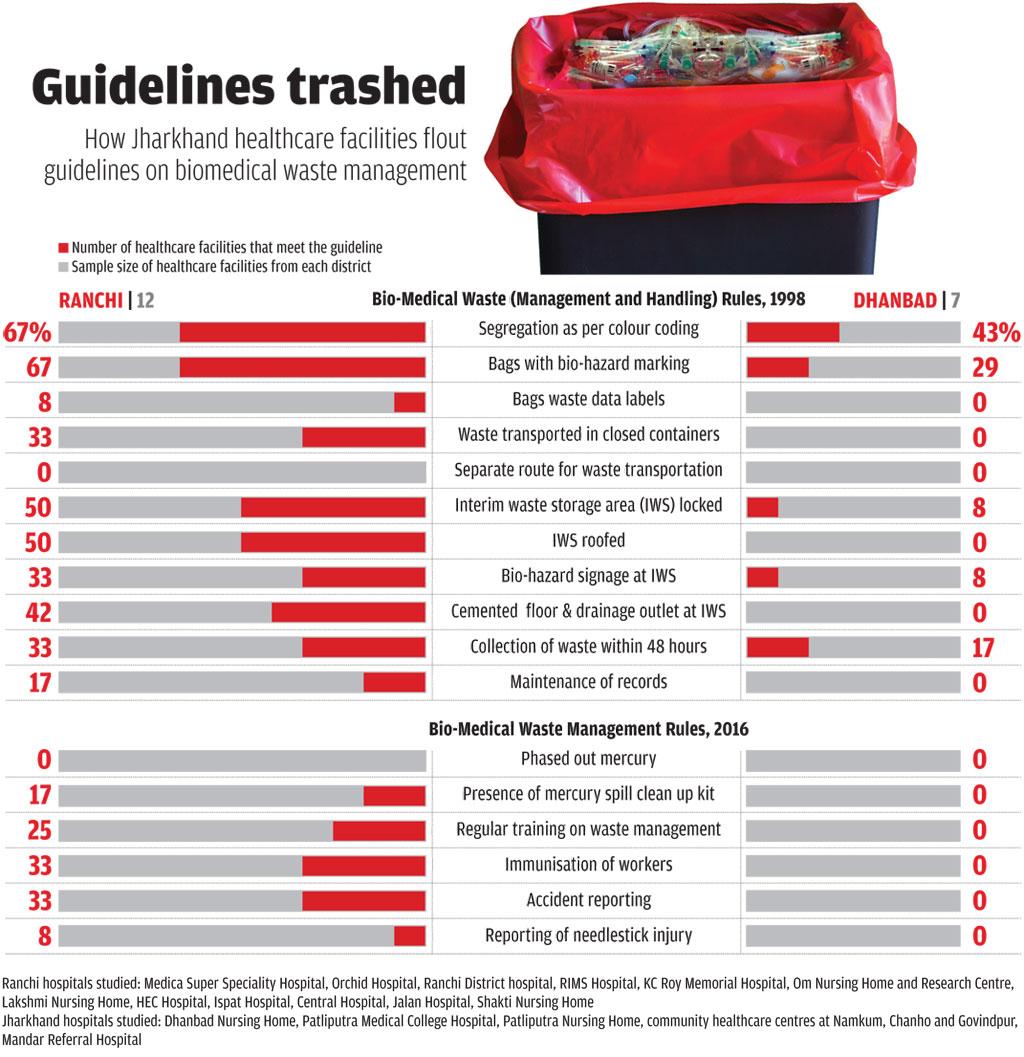 Not surprisingly, officials in 17 of the 19 hospitals are not even aware of the country’s long-standing commitment to phase out the use of mercury by 2020. India, a signatory to the 2014 Minamata Convention, has issued two directives in 2010 and 2016 to all government healthcare facilities to phase out the use of mercury-based thermometer, blood-pressure meter and dental amalgam from their facilities. Still, close to 90 per cent of the hospitals in Jharkhand are disposing mercury-contaminated waste along with regular waste and do not own a mercury spill cleanup kit. The extent of the knowledge gap can be gauged from the fact that just three hospitals in Ranchi have regular training modules on waste management for nurses, ward boys, waste handlers and paramedic staff. There are no similar training programmes for doctors.

Healthcare sector exposes its workers to some of the worst occupational health hazards because of biomedical waste, according to the International Labour Organization (ILO). As a result, each healthcare facility should have occupational safety procedures such as mandatory Tetanus and Hepatitis B vaccinations for new staff and maintenance of a register on needlestick injury, which is a major cause of infections. Just four hospitals maintain records of needlestick injuries and only five vaccinate their new staff. Healthcare facilities should also conduct regular health checkups for employees dealing with biomedical waste. Only Shakti Nursing Home of Dhanbad claims to conduct such health checkups. The hospital, however, does not have standardised parameters for the checkups.

The CSE report also highlights how the hospitals, which consume considerable quantities of water, do not practice water conservation mechanisms such as rainwater harvesting. This could be responsible for the depleting water table in the two districts. RIMS Ranchi, which has 1,500 beds and a medical college, consumes 0.4 million litres of water a day, half of which is pumped out of the ground. In fact, none of the healthcare facilities has water meters. “Earlier, tube wells 91 metres deep were sufficient to draw out the water. Now we have to dig up to 240 metres,” says a worker at Govindpur community health centre.

Only Ispat Hospital in the state capital practices rainwater harvesting and groundwater recharging. “We have estimated the whole potential of groundwater recharging through rainwater harvesting and accordingly dug wells within the campus of MECON Limited (which runs Ispat Hospital),” says Sanjay Xalco, chief engineer, town administration and construction department of MECON Limited.

Infection on your doorstep

The report points out how almost every village in the surrounding areas of these hospitals is at risk of infections because of poor biomedical waste practices. India’s Universal Immunisation Programme (UIP) for vaccination of newborns alone can spread multiple infections if used syringes and plastic vials are not disposed of properly. 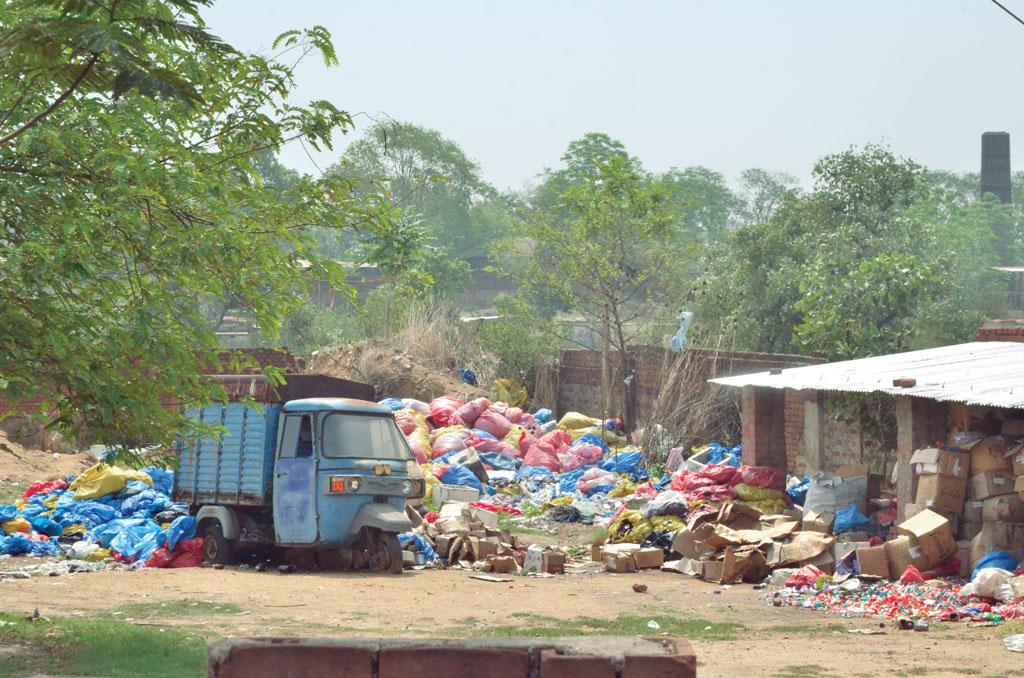 In 2004, CPCB issued guidelines making it mandatory for health workers to carry back all plastic waste to the issuing centres (community health centre or district hospital). The guidelines state that the plastic waste should be disinfected either in an autoclave or through chemical disinfection procedure and then sent to authorised recyclers. The metal counterparts such as the used needles should be buried in a sharp pit constructed within the hospital premises. CSE report says that none of the community health centres studied follows the guideline. Sheer load of the waste can be gauged from the fact that on an average, a community healthcare centre issues 5,760 auto-disable syringes a month under UIP. Of this, 90 per cent or 5,184 syringes are normally used.

Plastic parts of the used syringes are either dumped or burnt in the village where vaccination is being administered or sold to local scrap dealers. Hospital solid plastic waste has huge recyclable potential as it is made up of virgin plastic, which has high market value. According to the report, most hospitals sell infected plastic waste directly to unauthorised scrap dealers at an average price of Rs 15 per kg.

The laid-back attitude of the state government is one of the major reasons for the current situation. For starters, the Jharkhand government does not have a list of healthcare facilities in the state, which is mandatory under the Clinical Establishments (Registration and Regulation) Act, 2010. The Act says that every state government should constitute a State Council for Clinical Establishments to compile and update the state register of the clinical establishments. In February 2012, Jharkhand notified the Act and accorded the health department to keep the record of all the clinical establishments within the state. But both the state health department and SPCB do not have the list. While the health department only has information related to government health centres, SPCB has data for those health institutions which submitted authorisation applications till 2014.

CSE recommends a slew of steps including the setting up of self-regulatory bodies in hospitals to manage biomedical waste and budgetary allocations for hospital waste handling under the National Rural Health Mission. But this can only happen if the state government agencies get serious about the problem.

The story was originally published in the 16-31 January, 2017 issue pf Down To Earth magazine