Only 7% of total legacy waste in Delhi’s Ghazipur landfill is bio-mined: Report

More fresh municipal solid waste is dumped at the Ghazipur dumpsite than it is capable of processing, according to the report 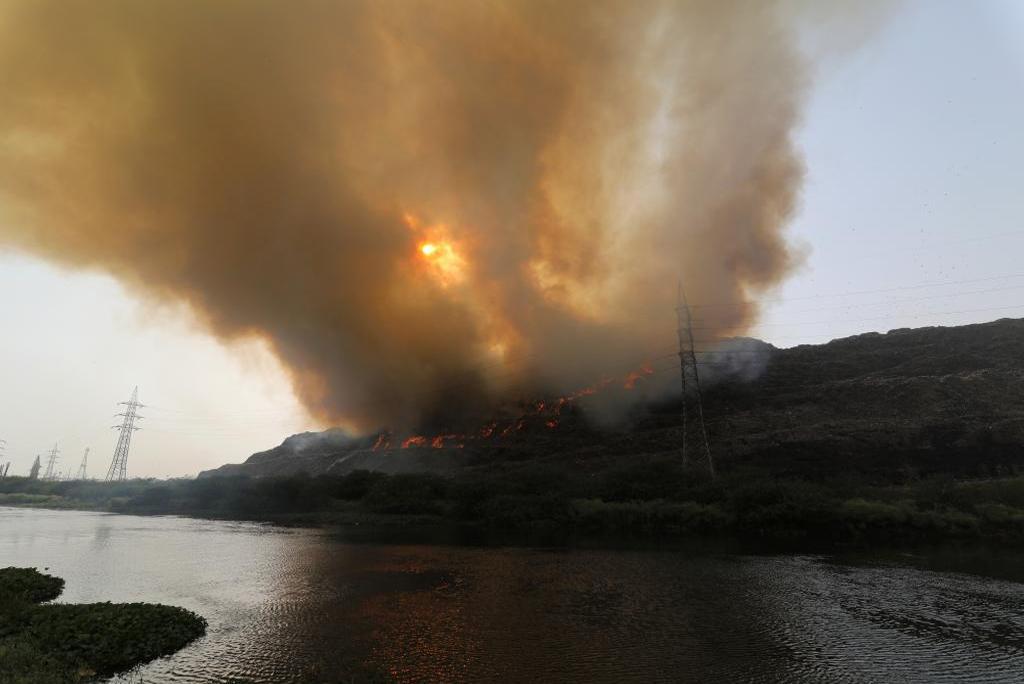 Biomining is a process by which garbage is treated with bio-organisms or natural elements like air and sunlight so that the biodegradable elements in the waste break down over time.

The dumpsite at Ghazipur spread over 28 hectares has been used for dumping municipal solid waste (MSW) since 1984. It crossed its carrying capacity long ago.

Its height in July 2019 was around 65 metres. The legacy waste dumped at the site was 14 million tonnes and around 2,300 tonnes per day (TPD) of fresh MSW is dumped daily at the site.

Dumping of fresh, unsegregated and partially segregated municipal solid waste of 2,200-2,300 TPD was aggravating problems, according to the report.

The report was prepared by a committee was constituted on the orders of the NGT April 22, 2022 to look into the matter.

Sandeep Sharma, chief engineer, East Delhi Municipal Corporation (EDMC), was requested by the committee to brief the committee about the dumpsite and the fire incidents at Ghazipur landfill.

The committee was told that the Ghazipur landfill area is one of the biggest and oldest landfills. It is an unscientific dumpsite. It has not been designed according to Schedule III of Municipal Solid Waste (Management and Handling) Rules, 2000 and Schedule I of the Solid Waste Management Rules, 2016.

Sharma told the committee that the EDMC had proposed to develop an integrated solid waste management facility of 2,000 TPD capacity in a joint venture with the National Thermal Power Corporation at Ghonda Gujran.

However, the Principal Committee constituted on the orders of the NGT has rejected the project in its meeting held January 14, 2022, as the said facility was located on the flood plain of the Yamuna river.

EDMC was in talks with the Delhi Development Authority for the allotment of alternative land.

Measures taken by the Municipal Corporation of Greater Mumbai could be replicated and adopted at the Ghazipur dumpsite, the report said.

DK Singh, one of the members of the joint committee team, had visited the Gorai and Deonar dumpsites in Mumbai May 5-6, 2022.

The committee examined his report and was of the opinion that the various steps taken at the Gorai and Deonar dumpsites were very useful and could be replicated at landfill sites at Delhi.

Perforated high density polyethylene pipes pipes or of any other suitable material may be provided at the dumpsite at suitable locations with proper spacing for the release of methane generated from a dumpsite.

Construct roads on the periphery of the dumpsite to facilitate movement of vehicles, patrolling teams and fire tenders

Regular plantation activities should be undertaken over the capped area

Rag pickers are frequent visitors to landfill sites and are said to be helpful also. It has been suggested that non-profits like ‘Chintan’ can be involved to regulate the entry of rag pickers

The number of surface fires can be substantially reduced by covering the free landfill surface with a layer of non-combustible material like earth / waste building construction materials.