Activists from Break Free From Plastic, a global movement envisioning a future free from plastic pollution, demonstrated after a plenary session at the 7th International Marine Debris Conference (7IMDC), that is being held in Busan from September 18-23.

“To stop plastic pollution, the global plastics treaty must address how to stop plastic production including its harmful toxic additives,” Griffins Ochieng, executive director of the Centre for Environmental Justice and Development (CEJAD) Kenya, was quoted as saying in a press statement.

Fast moving consumer goods companies, such as Unilever, Nestle, Coca Cola and Pepsi, were prioritising investments in false solutions that allowed them to rely on single use plastics, Satyarupa Shekhar, Asia-Pacific regional coordinator of Break Free From Plastic, said.

“They engage third-party services to collect and dispose of plastic waste in cement kilns and incinerators, all the while making public statements that frame plastic pollution as a marine debris problem,” she noted.

These businesses must switch to delivering their products without using single-use plastics (SUPs) and hiding behind false solutions and false narratives, she added.

The statement said plastic waste from the United States, United Kingdom, European Union, Japan and Australia was often exported to countries across the Asia-Pacific, Africa and Latin America  under the guise of ‘recycling’.

Destination countries lacked the infrastructure to deal with the waste, which affected the health of their citizens and their environment. The waste trade allowed plastic production to continue with impunity and was linked to marine plastic pollution, the statement added. 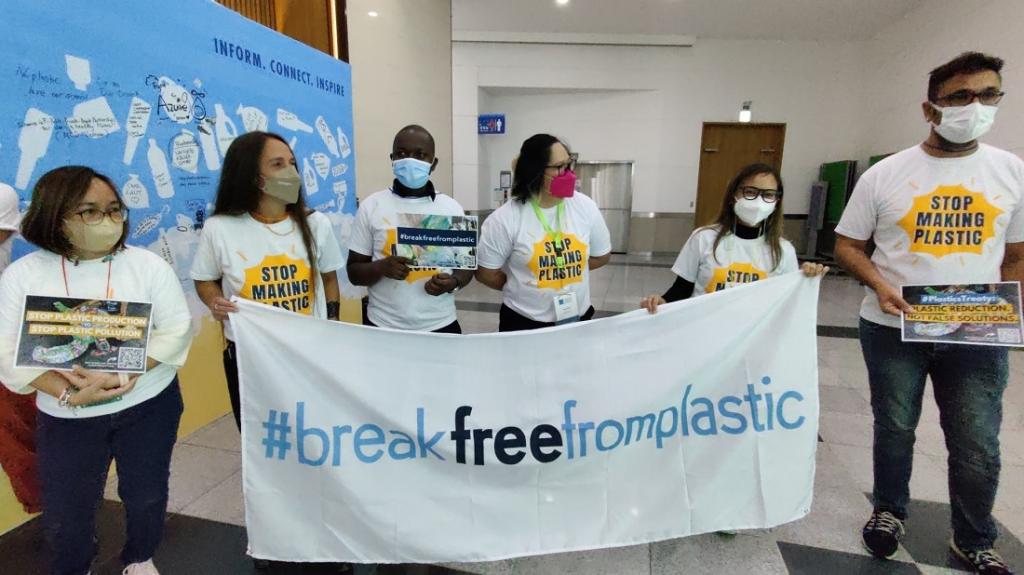 Break Free From Plastic has started a petition #StopShippingPlasticWaste, which calls on the world’s top shipping companies to stop shipping plastic waste.

“When countries are allowed to ship off plastic waste, there is no incentive to reduce plastic consumption and waste,” Mageswari Sangaralimgam, research officer and honorary secretary of Sahabat Alam Malaysia, was quoted as saying.

“If we continue these practices, there will be no end to the leakage of plastics into the ocean. Countries should stop exporting plastic waste. When we are forced to deal with our own waste, this will catalyse innovative and real solutions to end plastic pollution,” she added.

An International Negotiating Committee is set to work on drafting a legally binding global plastics treaty to end plastic pollution, as mandated by the resolution adopted in the last United Nations Environment Assembly (UNEA 5.2).