Panaji, which emerged as the best innovator in the West Zone, was recognised by the Centre for Science and Environment in 2016 as one of the cleanest and most efficient cities for waste management 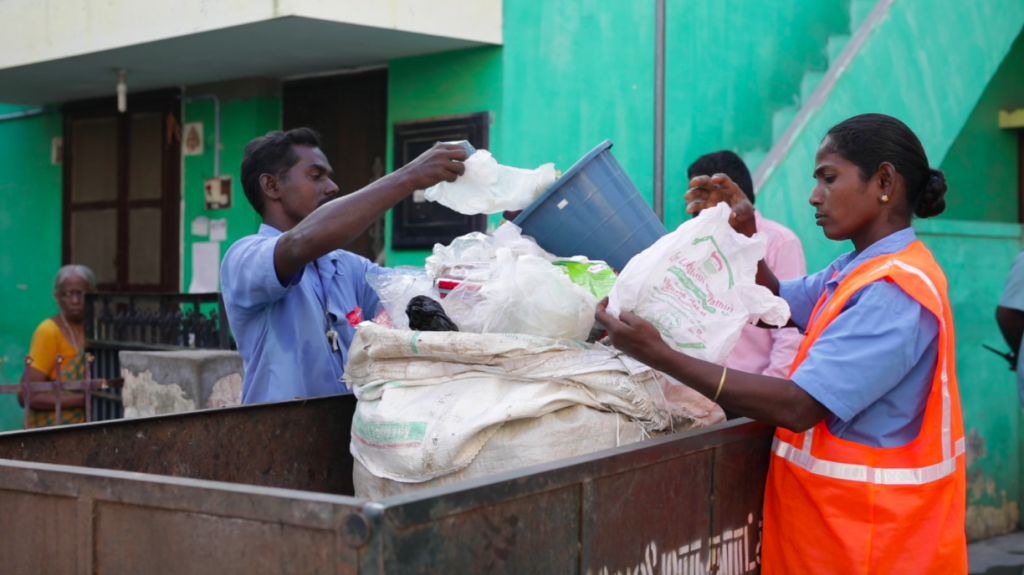 The Swachh Survekshan was flagged off in July 2017 and field assessment started on January 4, 2018. Credit: Srikant Chaudhary

The results of Swachh Survekshan 2018 were announced today by Hardeep Puri, Union Minister of Housing and Urban Affairs during a press conference. The parameters and methodology of this survey were different from the ones used during Swachh Survekshan 2017 edition. The latest edition includes parameters such as sustainable waste management practices, source segregation, decentralised processing of waste through bulk generators and integration of informal workers among others. The ministry claims that the processing rate of solid waste management in India stands at 29 per cent, whereas 36 per cent wards in the country are practising source segregation as of now.

The three cleanest cities as per the Survekshan 2018 are Indore, Bhopal and Chandigarh. Jharkhand was adjudged the best performing state, followed by Maharashtra and Chattisgarh. Like last Survekshan, the methodology has three components:

While Part 1 happens through data collection from the ULBs, Part 2 is done by an independent party that visits places in the city to authenticate the data provided by the ULBs. Third component of the assessment depends on citizens’ feedback through the Swachhta App.

The Swachh Survekshan was flagged off in July 2017 and field assessment started on January 4, 2018. The survey was completed in 66 days, according to the ministry.

Capital cities and cities with population of 1 million and more were ranked at national level and those with population of less than 100,000 were ranked at zonal level—north, south, east, west and north east. Under these broad population-wise categories, several sub-categories were further introduced—cleanest city, best solid waste management, highest citizen feedback, best innovation and best practices, and fastest mover cities. Ghaziabad has been adjudged the overall fastest mover city for improving its rank from 351 to 36. Awards were announced for the cleanest cantonment boards as well. 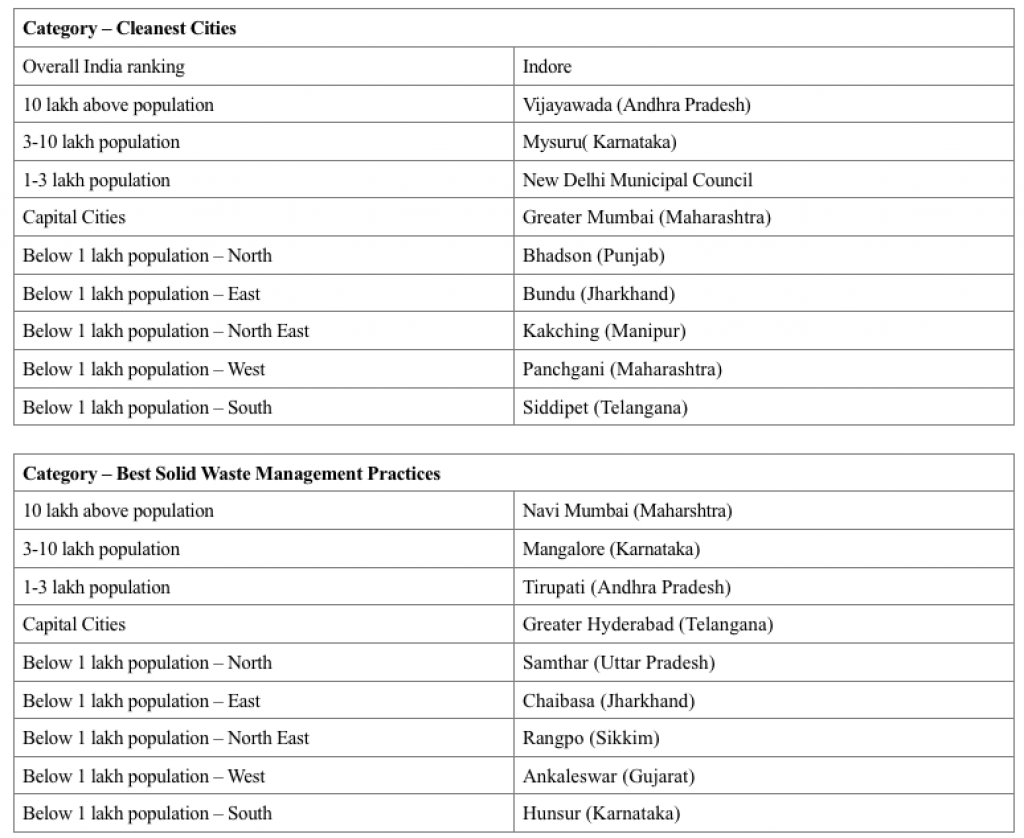 Panaji, which ranked the best innovator in the West Zone, was recognised by the Centre for Science and Environment (CSE) in 2016 as one of the cleanest and most efficient cities for waste management. CSE had launched a platform called ‘Forum of Cities that segregate’ in December 2017. Five of the 20 cities in the forum have bagged accolades for being waste-wise. Indore and Bhopal, the top winners, are both part of the forum.

Mysuru, also a member of the forum and one of the cleanliest cities in the country for many years, has been selected as India’s cleanest medium city. Greater Hyderabad has been recognised for the best solid waste management  practices in all capital cities/ UTs of the country. When it comes to cities under less than 100,000 population, Panchgani has emerged as the cleanest in the west zone.

The award ceremony would be held in the Delhi soon, and the ministry will upload the results on its website.