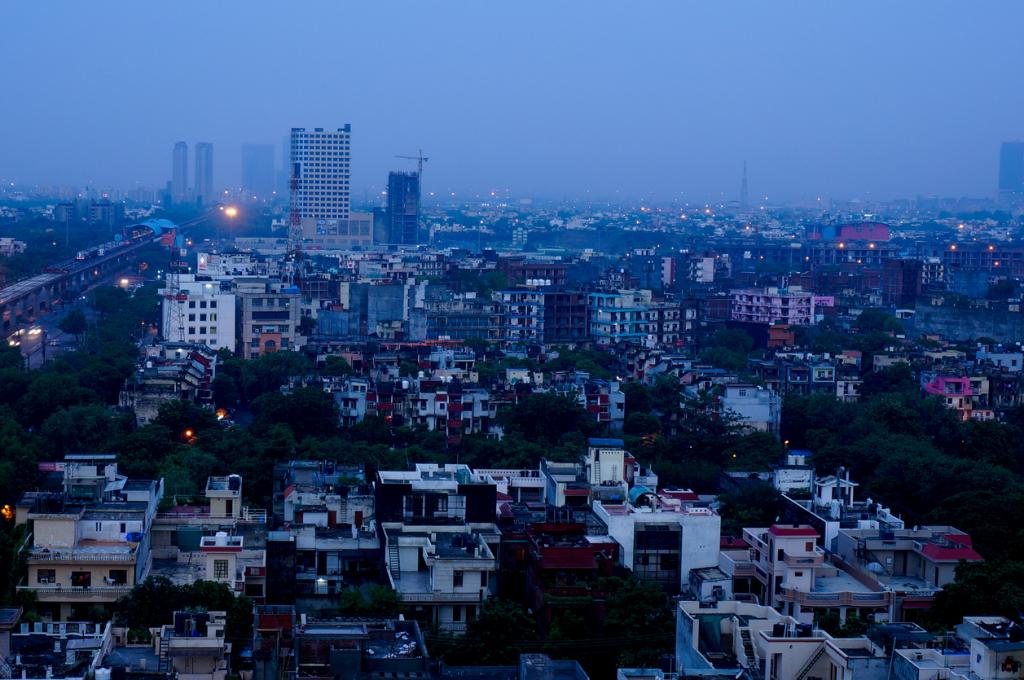 Gurugram, a satellite city of the national capital Delhi, ranked 19 in the Swachh Survekshan 2022 index released earlier this month.

The ‘Millennium City’ in the state of Haryana has experienced phenomenal growth over the past decades, emerging from a rural economy to one of largest urban centres of the northern region of the country.

The Union Ministry of Housing and Urban Affairs surveyed 382 cities with 100,000 to a million population. Gurgaon scored 5,545 points out of 7500 — the highest in Haryana.

In addition to this, the city has secured a 3-star rating in garbage free certification and has been declared as ODF++.

If we scrutinise the city’s Swachh Survekshan 2022 score further, the city scored 90 per cent and above in two key parameters — ‘segregated door-to-door waste collection’ and ‘non availability of open garbage dumps’.

The Swachh Survekshan team visited the city in March and April this year. A recent ground assessment by the Centre for Science and Environment (CSE), a Delhi-based non-profit, reflects a less reassuring trend: Source segregation in Gurugram is relatively better in affluent neighbourhoods and other bulk waste generator sites, it is still a challenging task in many other areas.

The city scored 292 out of 300 in ‘percentage of wards covered with 100 per cent segregation at source’; 60 out of 60 in ‘total waste generated vs percentage of waste collected’; 126 out of 130 in ‘cleaning of public areas: 100 per cent wards are clean and well-maintained in the urban-local body’.

Observations from CSE’s field visits, however, reveal a contradictory picture. In several areas heaps of mixed waste were also observed, which means that 100 per cent waste is not being collected. Burning of waste was also noticeable across the wards. These problems need to be addressed to ensure holistic waste management.

Large volumes of unsegregated waste is collected and transported by the waste collectors, in the absence of extensive waste collection at source. This stands as a contrast to the findings in the Swachh Survekshan assessment. 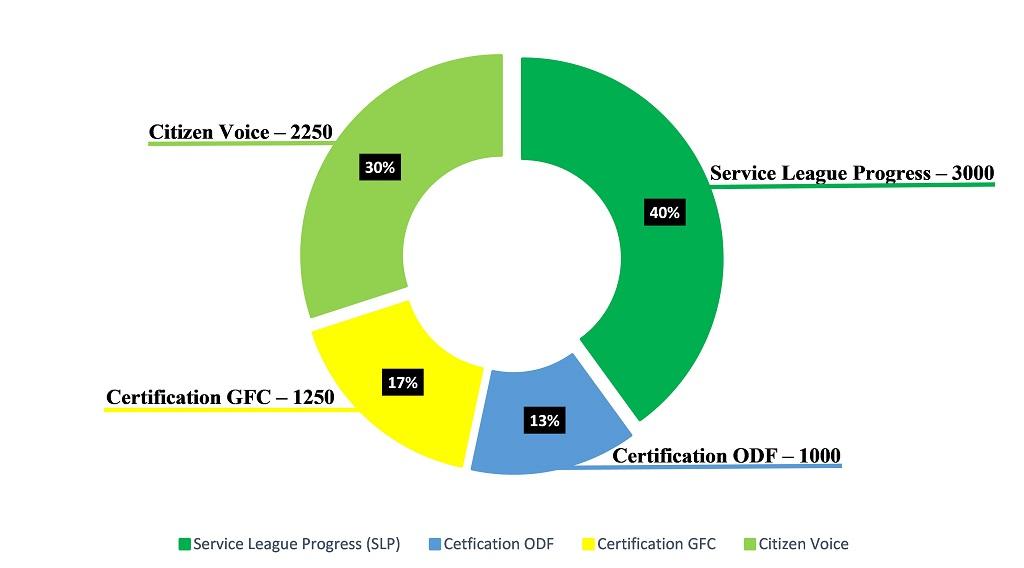 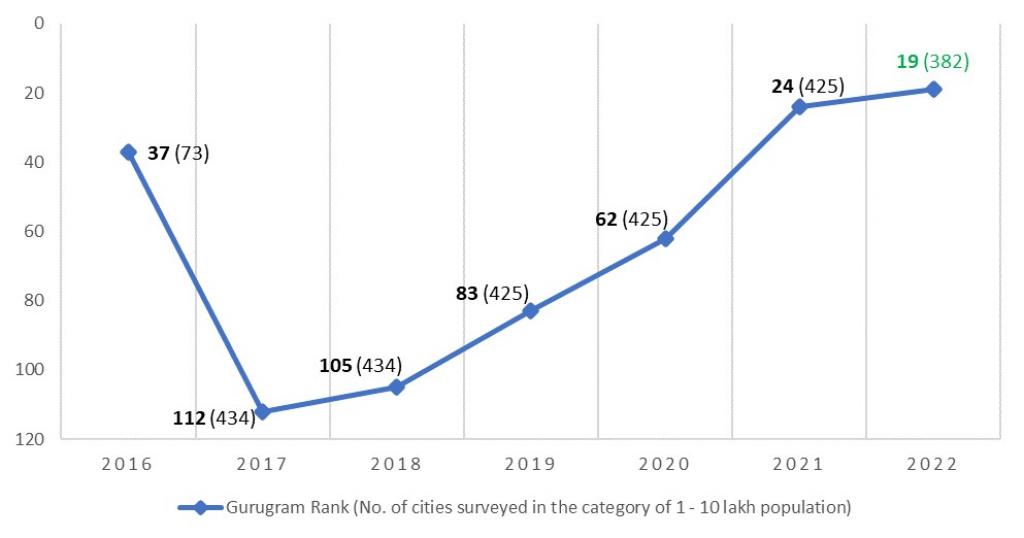 Analysing the score achieved in each of the four parameters in 2022 versus 2021, we see that the city’s improvement has been limited in GFC and ODF certification parameters and improved slightly in SLP and citizens’ voice parameters.

The central challenge of the city with growing population and rapid urbanisation is waste generation. Moreover, development in the city has also been lopsided.

‘New Gurugram’ is characterised by malls, multiplexes, multinational corporations, housing societies, resident welfare associations and high-rise residential as well as commercial properties. But ‘Old Gurugram’ is a completely different experience where the roads are congested, drainage system is poor and the infrastructure is old and weak.

Days ahead of the rankings, the National Green Tribunal imposed a fine of Rs 100 crore as environmental compensation on the Haryana government for years of un-remediated legacy waste lying in Bandhwari landfill.

It is apparent that Gurgaon has a long way to go to manage waste effectively, keeping pace with the burgeoning population and urban transformation. Timely and decisive steps in this direction are imperative.