Toilet construction, rather than usage, seems to be the focus of the survey report 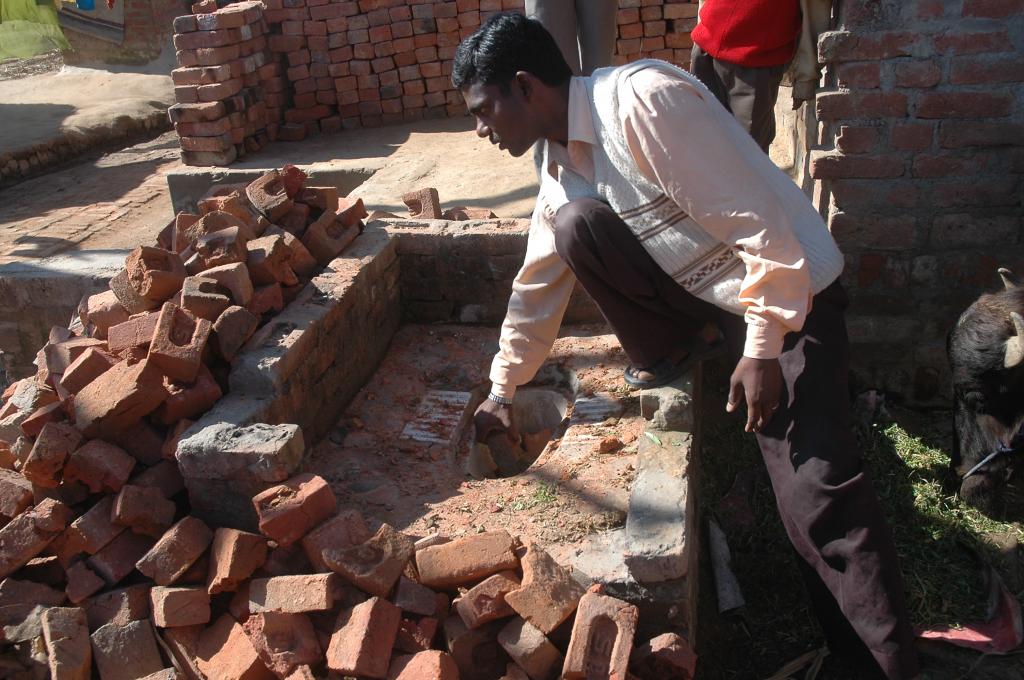 Instead of encouraging community involvement, the Swachh Sarvekshan does not go further than construction of toilets (Samrat Mukharjee/CSE)

Results of the Swachh Survekshan Gramin 2017, which were announced just a week before the third anniversary of the ambitious Swachh Bharat Mission, show 62.45 per cent toilet coverage in India. It also reports that 91 per cent of the rural population having access to a toilet, uses it.

The third party survey was conducted by the Quality Council of India (QCI) to take stock of the progress made by the mission in rural areas. The results were announced by the Union Minister of Drinking Water and Sanitation (MDWS) Narendra Singh Tomar and Secretary Parameswaran Iyer.

Under the Swachh Survekshan Gramin 2017, QCI surveyed 1.4 lakh rural households from 4,626 villages, a miniscule 0.72 per cent of the total villages in India. On sanitation coverage and solid liquid waste management, the MDWS will begin a quarterly ranking of states and districts on the basis of data available on the Swachh Bharat Mission-Gramin Integrated Management Information System. The first ranking will be announced on October 2 for the quarter July-September 2017. The ranking will be calculated on the basis of performance, sustainability and transparency. The formula for the ranking is: total score (100) = Performance (50) + Sustainability (25) + Transparency (25). According to media reports, 200,000 villages will be surveyed

Tomar announced the week leading up to the Independence Day will be celebrated as “Khule Mein Shauch Se Azaad saptaah”. During this, Swachhta Action Plans will be prepared by 24 states, and 24 villages from five states (Uttarakhand, Uttar Pradesh, Bihar, Jharkhand, West Bengal) will be chosen to become Adarsh Ganga Gram.

This system of survey may turn into a reckless number chase if it focuses on toilet coverage instead of usage. Around 34.6 per cent villages in India have declared themselves open defecation free, but factors like availability of water, sensitisation, long-term affordability (based on soil type and groundwater level), cleanliness and maintenance may deter toilet usage. The Swachh Survekshan Gramin ignores employed toilet technology, solid and liquid waste management, adaptability and acceptance by villagers in its method of study.

For instance, Rahimpur Uttari, a gram panchayat in Bihar’s Khagaria district has 100 per cent coverage, but toilets have structural limitations and inappropriate design. Toilets are rendered unusable in monsoon due to flooding of the Ganga.

Instead of achieving its intended goal of encouraging community involvement, the Swachh Sarvekshan does not go further than construction of toilets.

These series of Swachh Survekshan surveys have gained momentum and government considers them successful in improving sanitation coverage, thus, there is an urgent need of a holistic plan to ensure a healthy competition not reckless number chasing.