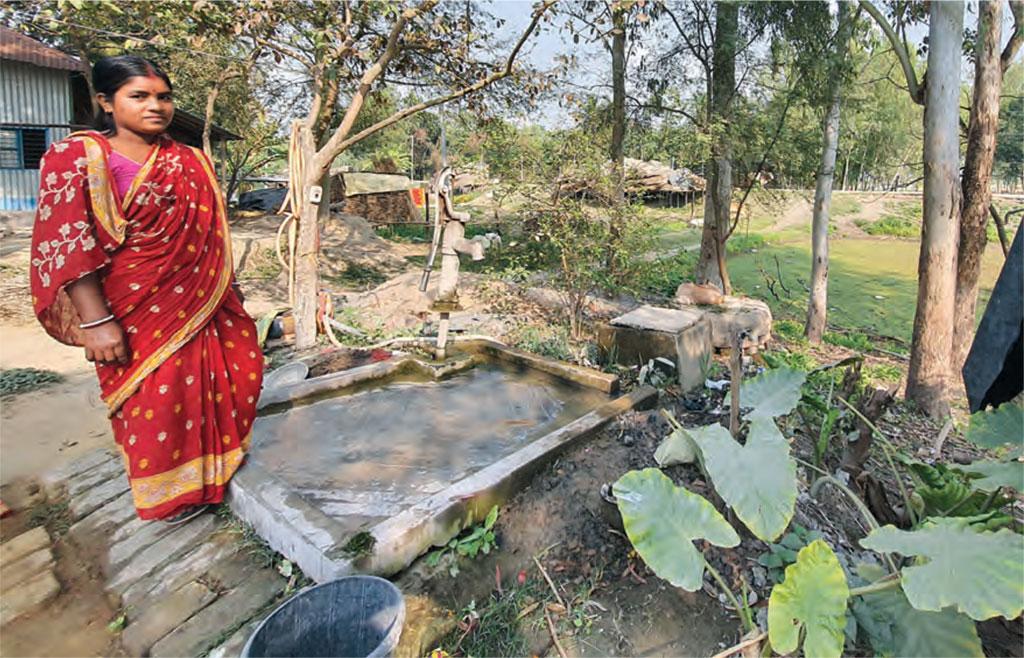 Sahibganj district, in Jharkhand, has nine blocks. Borio, Mandro, Barhait, Pathna and Taljhari blocks in this district are hilly areas that reel under water stress.

Sahibganj, Rajmahal, Udhwa and Barharwa blocks, on the other hand, lie on the Ganga Plains, with shallow groundwater level and frequent flooding events. The villages in these blocks remain flooded at least four months in a year. So the district has to balance between water stress and flood.

With two contrasting scenarios, how does Sahibganj district manage grey water? The severity of the context is more as blocks lying on the Ganga Plains can add to pollution in the Ganga and in shallow groundwater. The villages in the district grappled with water stagnation, mosquitoes and foul smell. 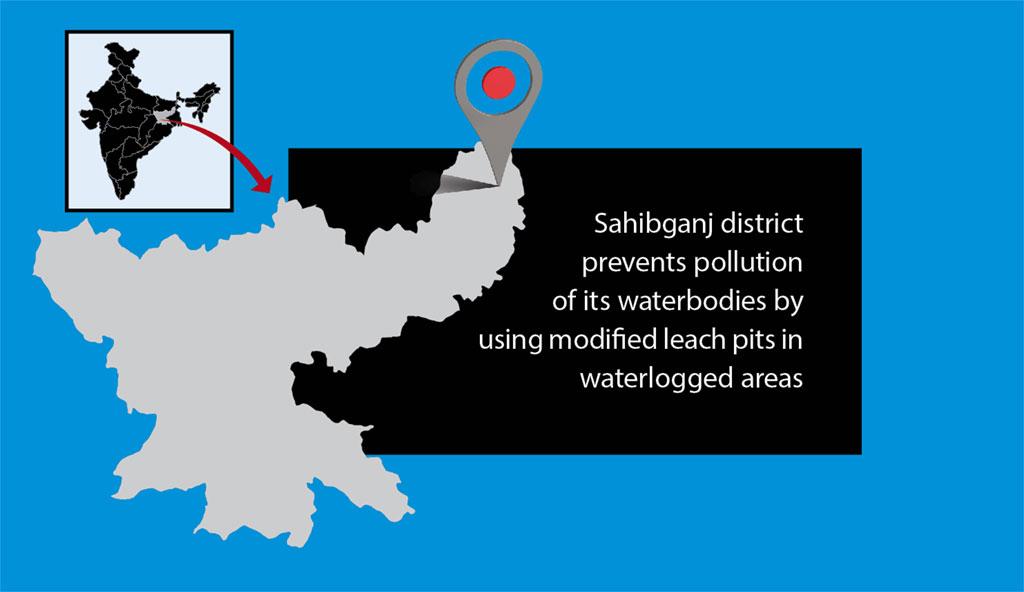 The villages in the hilly areas manage their grey water through leach pits at the household and community levels. In the floodplain, however, it was difficult to convince people to make leach pits as the leach pits became submerged during floods, forcing villagers to migrate to higher land.

To understand local conditions and find a solution, district and state teams visited the villages. They conducted programmes and activities to spread awareness on grey-water management.

Based on discussions with locals and Swachh Bharat Mission district and state officials, the district decided to develop raised leach pits so that these structures can sustain during floods. Houses in the villages of Udhwa block were made on raised platforms so that they were at least six to eight feet above the ground level. This ensured that households are not uprooted during floods and can continue to have access to sanitation facilities.

The leach pits are also developed six to eight feet above the ground and given a soil envelope similar to those developed underground to allow percolation of water in the soil. This helps manage grey water even during the floods. The leach pits are preceded by a silt chamber which is cleaned and maintained by households and communities. The state has an active Village Water and Sanitation Committee (VWSC), an 11-member team headed by panchayati raj institutions (PRI) members.

The committee has a permanent post of jal sahiya. Every village has one women member — the jal sahiya — who is paid Rs 1,000 per month. Jal sahiyas act as treasurers of the committee and ensure that each household is aware about managing grey water and safe sanitation. They go from door to door to interact with the communities in every village. Jal sahiyas function in conjunction with district and gram panchayats.