In Chennai, the salinity of groundwater has increased many times above the permissible limits. The question is whether making sea water potable is a feasible solution to secure the water future of a city which receives plenty of rainfall anually 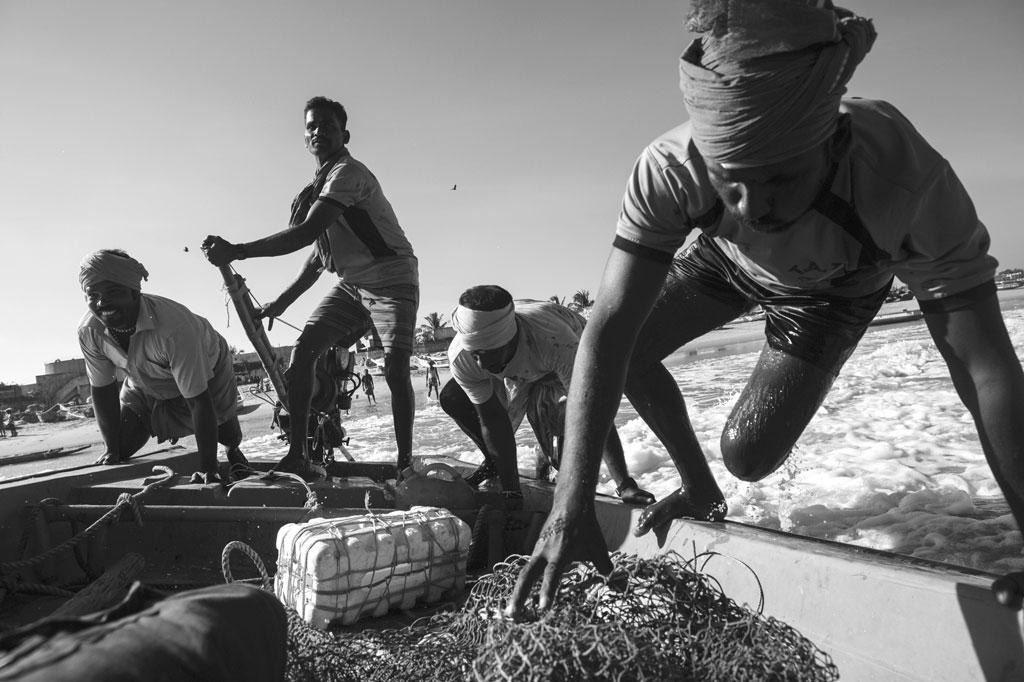 Fishermen in Sureli Kattakuppam, 4km from a desalination plant, complain that the discharge is dumped directly onto the beach, contaminating groundwater (Photographs: Zishaan Akbar Latif )

As shortage of water continues across the country, coastal states are eyeing sea water. In January, Chennai’s fourth desalination plant at Perur along the East Coast Road was announced to solve its drinking water woes. The government of Gujarat, too, is creating a new policy to promote desalination plants at the coasts of Saurashtra and Kutch regions. Andhra Pradesh and Maha-rashtra are also exploring the option of desalination plants at a municipal level.

As of now, Tamil Nadu is the only state in India where desalinated water is used for drinking purpose at a municipal level. In Chennai, the salinity of groundwater, one of the major sources of drinking water, has increased many times above the permissible limits, show studies (see ‘Desalination impacts’). The question is whether making sea water potable is a feasible solution to secure the water future of a city which receives plenty of rainfall anually.

In the budget of 2014-15 the state government announced two desalination plants with the capacity of 60 million litres per day (MLD) each in the coastal districts of Ramanathapuram and Tuticorin. The plants will supply drinking water to a population of 1.1 million.

A desalination plant produces potable water from sea water or inland sources by reverse osmosis. In the process, highly saline rejects are discharged into the sea. The lack of laws to monitor desalination plants, and the effluents discharged are some of the factors which have raised concerns whether Chennai should resort to desalination without first utilising and managing its own water resources.

Across the world, desalination plants were constructed in areas where rain is scarce, such as the Gulf countries, Israel or drier parts of Europe like Spain, Malta, Gibraltar, Cape Verde, Portugal, and Greece. But Tamil Nadu receives 1,200 mm of rainfall annually, which is sufficient to feed water sources like rivers, channels, wetlands and groundwater aquifers in and around the city. These are not only a source of irrigation and domestic water, but also act as sponges to prevent floods.

The brine discharge produced from a desalination plant can also damage the environment if disposed of improperly. For instance, in Sureli Kattakuppam village, 4 km from the Nemmeli desalination plant, the brine discharge has been dumped directly onto the beach, contaminating groundwater. The residents sent petitions to the chief minister, their MLA and to Chennai Metro-politan Water Supply and Sewerage Board (CMWSSB), the body which is running the plant. Also, during the construction of the plant, a pathway was built to bring heavy machines. This reduced the width of the beach, bringing the sea closer to habitation, says Nitya-nand Jayaram, a Chennai-based environmentalist.

S Janakarajan, Professor, Madras Insti-tute of Development Studies, Chennai, says that brine discharge can increase the TDS (total dissolved solid), a measure of salinity of water, threatening fauna like turtles, shrimp and fish. “This can affect the availability of fish, and thus the livelihood of fisherfolk,” he adds. 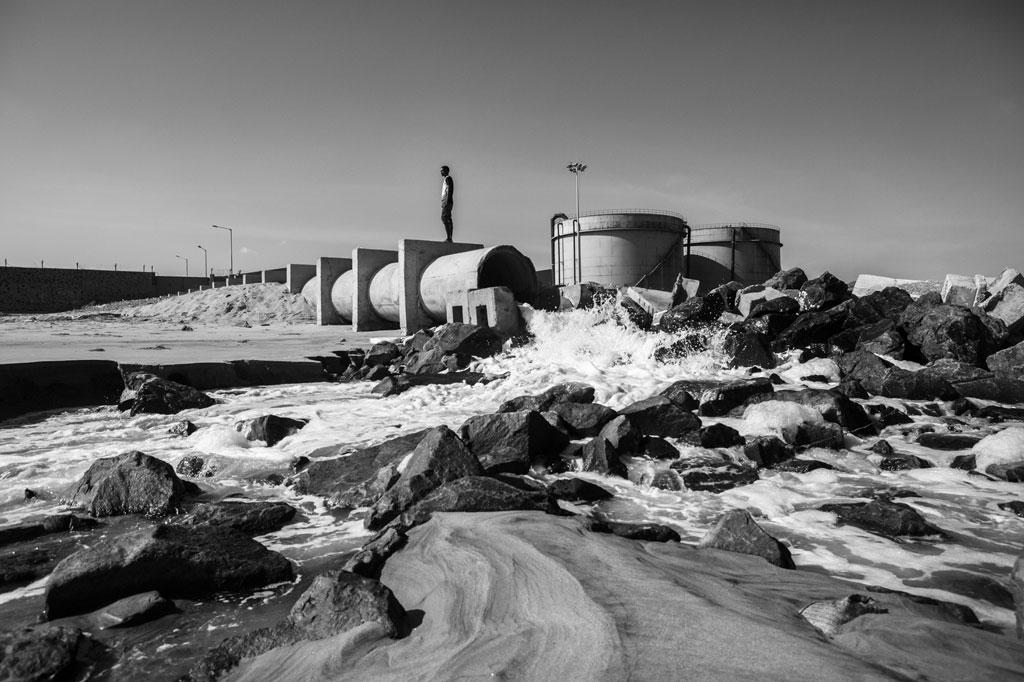 A 2011 study by Pilar Palmolar, Univer-sidad de Cantabria, Spain, states that extinction of fish larvae has been observed near brine discharges in Ashkelon, a coastal city in the southern district of Israel.

India does not have standards for the brine concentration entering the sea. Janakarajan says the lack of standards allows companies which run and/or build desalination plants to escape responsibility.

Although an environmental impact assessment of the Nemmeli project was done in 2008, the quality of brine entering the sea has not been monitored periodically.

There are ways to cushion the adverse effects of brine. In Kuwait, two desalination plants, Subiya and Shoaiba, blend brine with cooling water to lower its salinity. According to a 2009 study, done by Ahmad E. Al-Dousari and published in the Ame-rican Journal of Environmental Sciences, there was no serious impact of the brine discharge from the two plants in the Kuwait sea because the increase in the salinity was well within the limits set by the Kuwait Envi-ronment Public Authority. If implemented stringently, such limits can reduce the adverse effects of brine discharge, if not prevent them.

Building and maintaining these plants is also an expensive affair. According to an analysis done by the Centre for Science and Environment (CSE), a Delhi-based non- profit, in 2012, the average cost of production of the conventional piped supply of water is almost one fourth of the cost of production in desalination plants. Also, sea water is the most expensive source of water as compared to other sources. Vikram Kapur, managing director, CMWSSB, says that they buy water from the Minjur desalination plant at ~54 per kilolitre (Kl). On the other hand, conventional sources cost ~13/Kl.

This is not the first time Chennai is grappling with water scarcity problems. Hit by a severe drought, in 2003 bye-laws made rainwater harvesting mandatory for all buildings, throughout the state. Over a period of time, not only the groundwater table but the salinity of groundwater improved as well.

According to a study conducted by CMWSSB in 2007, the groundwater table in the city increased by almost 50 per cent in three years and TDS of water in Chintadripet dropped from 5,000 parts per million (ppm) in 2004 to 300 ppm in 2007.

Currently, only 26 per cent of Chennai’s drinking water comes from the two desalination plants, with a total capacity of 200 MLD. To meet the city’s drinking water needs, conserving and protecting lakes and wetlands is a cheaper and environmentally better option than desalination. These wetlands will also save the city from urban floods. An analysis by CSE showed that post 2000, Chennai lost 50 per cent of its water bodies due to urbanisation. This resulted in seven major floods in the last 15 years. Janakrajan suggests that the need of the hour, thus, is for the Tamil Nadu government to consider natural recharge systems as an option to replace desalination plants.

The article was first published in the magazine.