About 1.3 million children and adults facing water crisis in Ukraine 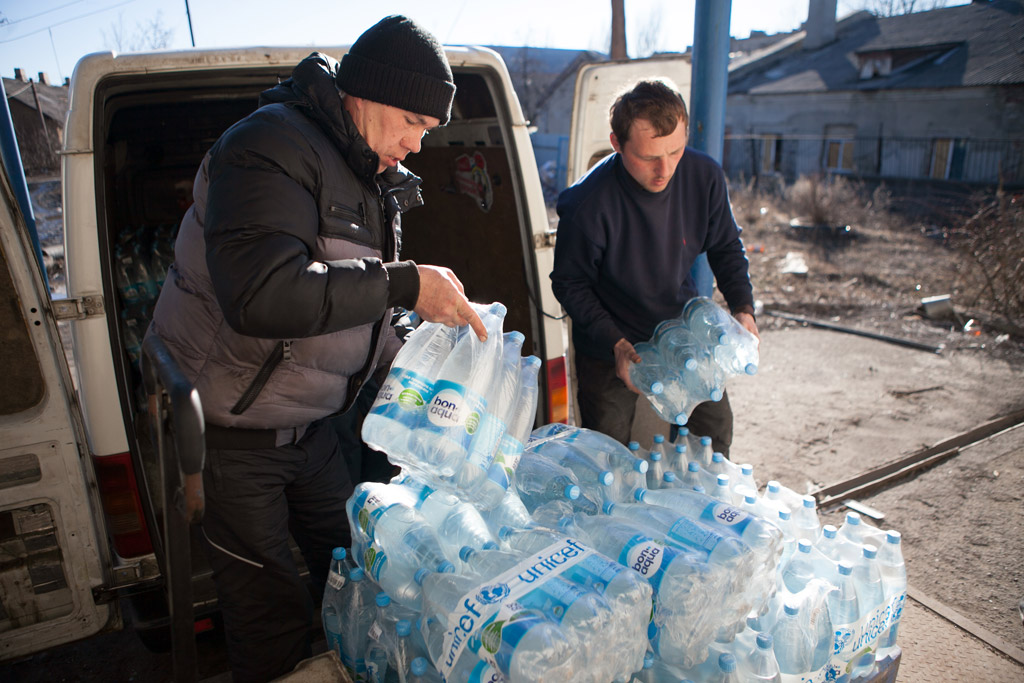 A year-long tussle between Russia and Ukraine has aggravated the water crisis in the region. The conflict that started in March 2014 is turning out to be a catastrophe for many.

On July 14, 2015, UNICEF reported that up to 1.3 million people, including children, were facing serious water crisis because of damaged or destroyed water lines as the violence continues in eastern Ukraine. The UN agency has further reported that the war shortage has had serious repercussions on lives of people, causing an internal displacement of 1.4 million people in Ukraine and loss of 65,000 people in a year. The lives of about five million survivors are no better for their basic humanitarian need of water is in crisis.

People in conflict-affected areas of Donetsk and Luhansk regions are deprived of safe-drinking water. According to UNICEF, about 470,000 people, including 118,000 children, are also facing troubles in accessing safe water in non-government-controlled areas of Luhansk region. Many families have resorted to water from functioning wells of neighbouring villages by trucking or travelling.

Recent weeks have witnessed a decline in rainfall, coupled with soaring temperature that has exacerbated the condition. The risk of water-borne disease is in the offing as people are unable to manage safe storage and transport of water.

The international agency also says that the government-controlled city of Mariupol in Donetsk region is now reliant on a rapidly depleting water-storage reservoir as the 500,000 residents of the city are no longer receiving water from the Severskiy Donets-Donbass water channel, which has been damaged by extensive gunfire in the ongoing violence.

In such conditions, the need for more humanitarian partners for water and sanitation purposes is being expressed by various international agencies. “No children and families should have to risk their lives in order to access one of life’s basic necessities for survival,” said Giovanna Barberis, UNICEF representative.