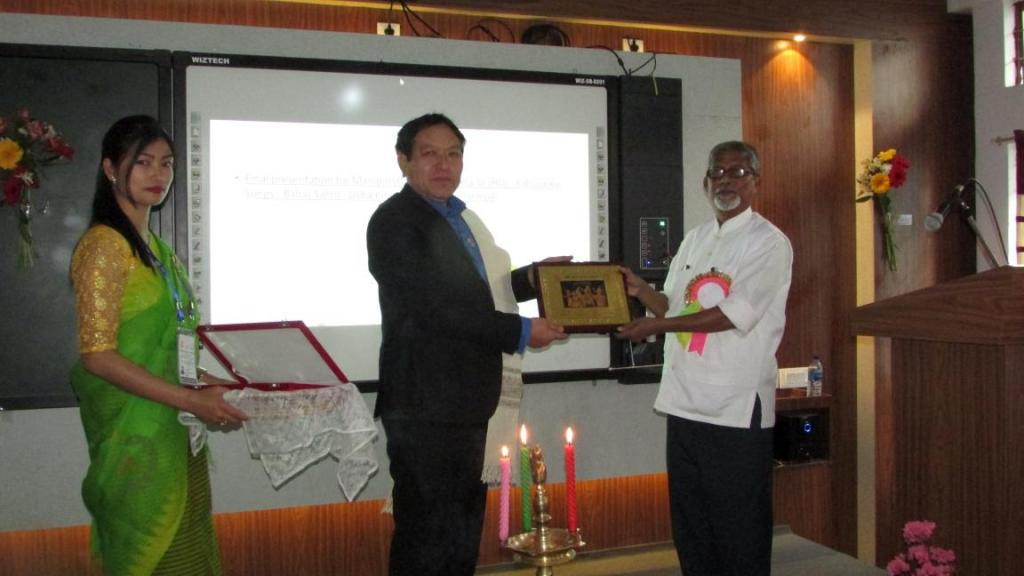 According to Dr Biswas, low-cost treatment system should be adopted not only for Ganga, but for all the rivers. Credit: Sobhapati Samom

Introduction of the low-cost treatment systems and widespread public awareness should be the key components of pro-people technology for rejuvenation of the River Ganga. This was conveyed by the experts minutes after former Deputy Director Dr Arunkanti Biswas of National Environmental Engineering Research Institute (NEERI) made a presentation on ‘Rejuvenation of the River Ganga using pro-people Technology’ in the ongoing 105th edition of the Indian Science Congress at Manipur University today.

How can we maintain ecological flow of Ganga?

“Low-cost treatment system should be adopted not only for Ganga, but for all the rivers,” says Dr Biswas, former head of Jaipur and Kolkata NEERI zonal laboratories. “Besides, we should also maintain the ecological flow of the river to control the pollution level,” he adds.

River Ganga is in crisis not only because of its dwindling discharge but also for the deterioration of the quality of water flowing through the channel, feels Biswas. He suggests having proper legislative stricture to save water bodies, besides providing required fund by the state governments. The Ganga passes through five important states: Uttar Pradesh, Uttarakhand, West Bengal, Jharkhand and Bihar.

He also recommends biodiversity conservation and a forestation programme in Ganga river basin and installation of 113 real-time online water quality monitoring stations besides other holistic approaches for maintaining ecological flow of the river as long-term activities.

Sharing a similar sentiment, Dr Nilangshu Bhusan Basu, technical advisor to the Kolkata Municipal Corporation who also attended the presidential address session in the engineering science session of the ongoing congress, told this reporter that sewerage treatment plants have failed miserably and industrial waste was not treated properly in spite of legal interventions.

However, Basu, who was the general secretary of the Indian Science Congress Association until recently, observed that public awareness and public participation is most important. “But it was not there. Without stakeholders’ participation and their willful stopping of the wrong doing, it will never happen,” Basu adds.

More than a 100 urban habitations, including 17 major cities are located on the bank of the 2,525 km-long Ganga, which originates in Gangotri glacier (4,100 m). Its 1000-km-long course passes through Uttar Pradesh, followed by 520 km in West Bengal before its empties into the Bay Bengal. The average annual discharge of Ganga River, according to the presentation of Biswas, is 493,400 million cubic meter.

Thus, Ganga River basin is the largest river basin in India in terms of catchments areas, which are spread over 11 states that constitute 26 per cent of country’s land mass and supports about 43 per cent of its population. Gangetic plain is home to about 450 million people. An estimated two million people take bath in the river daily. The sources of pollution of the river are urban liquid waste, industrial liquid waste, large-scale cattle wallowing, and throwing of carcasses and dead bodies. This has a direct bearing on the health of the river and the regular bathers.