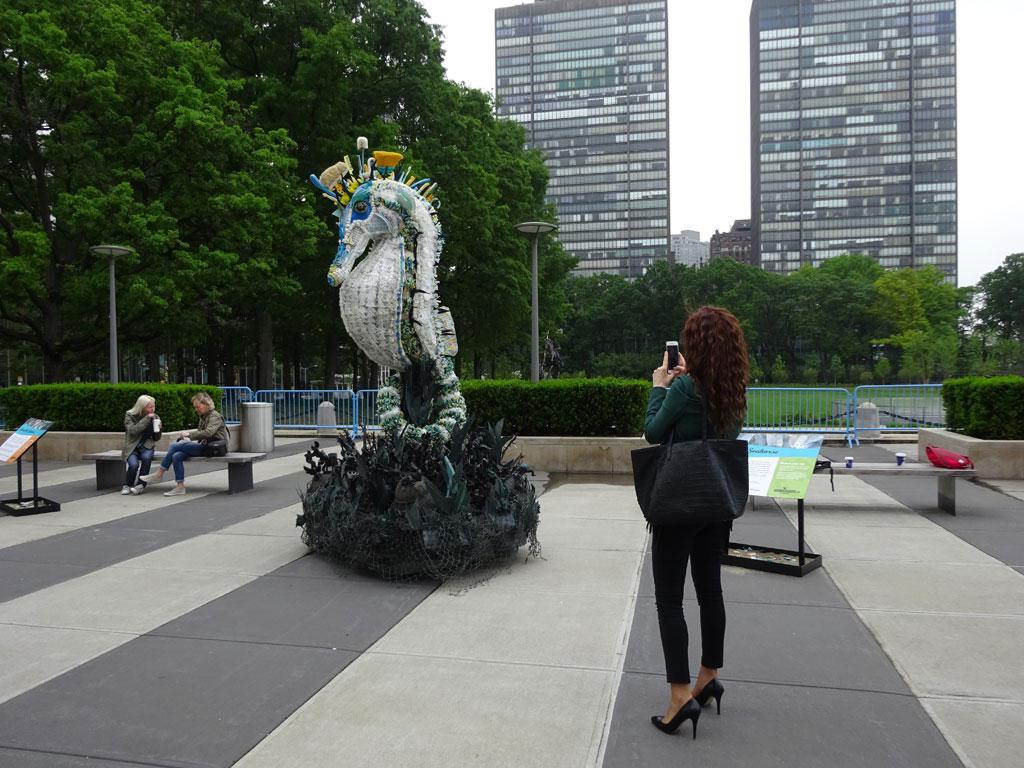 Installation at the Ocean Conference in New York (Vibha Varshaney/CSE)

World Ocean Day (June 8), was marked with special events at the United Nations headquarters in New York, the venue for the ongoing Ocean Conference. The general assembly hall was flooded with ocean lights, giving it the colour of the sea. The Empire State Building in the city was also covered with blue lighting.

In an event during the occasion, Richard Branson, founder of Virgin Group, addressed the delegates present at the conference. He presented a petition signed by 1,021,874 people around the world to Peter Thomson, president of the general assembly, urging governments to follow through on the historic commitment to protect at least 30 per cent of our oceans by 2030. Branson’s presence at the event holds significance, as he represents big businesses. Diego Luna, Mexican actor, producer and director also spoke at the event.

The conference aims to ensure ocean protection through action of businesses to achieve SDG 14. SDG 14 targets to conserve and sustainably use the oceans, seas and marine resources for sustainable development.

Children from more than 10 UNESCO Marine World Heritage Sites presented a pledge, to be signed by 40 heads of states at the General Assembly. The UNESCO also released its first status report on ocean sciences around the world. The report, Global Ocean Science Report: The Current Status of Ocean Science around the World, which was presented at the United Nations, shows that ocean sciences are expensive and only industrialised countries can afford such investments. The publication will help countries invest in favour of the ocean.