Almost two-thirds of the country's population may be exposed to the carcinogen, claims an independent advocacy group 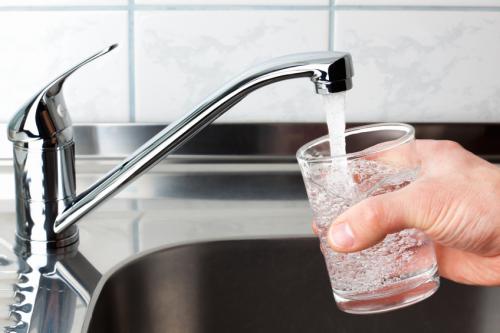 Analysis of government data by non-profit Environmental Working Group shows that Chromium 6, a cancer-causing substance, has contaminated the tap water supplied to millions in USA.

While media reports and activists say that the chromium-6 levels are dangerous, the apex environment body of USA, Environmental Protection Agency (EPA), has not set a limit for the element in water. Alarm over chromium-6 levels was first raised almost 25 years ago in the landmark Erin Brockovich case that led to the polluter Pacific Gas and Electric Company being fined US $333 million.

Chromium-6, in addition to being carcinogenic, targets the respiratory system, kidneys, liver, skin and eyes. Chromium-6 compounds may be used as pigments in dyes, paints, inks, and plastics. It is also known to be used as an anticorrosive agent added to paints, primers, and other surface coatings.

After studying government data from nationwide drinking water tests, the advocacy group has claimed that chromium-6 contaminates water supplies for more than 200 million Americans in all 50 states.

From 2013 to 2015, more than 60,000 samples of drinking water were tested. Chromium-6 was found in more than 75 per cent of them. EWG estimates that water supplies serving 218 million Americans—more than two-thirds of the population—contain more chromium-6 than deemed safe by Environmental Health Hazard Assessment scientists.

A 2008 study by the National Toxicology Program (USA) found that drinking water with chromium-6, or hexavalent chromium, caused cancer in laboratory rats and mice. Experts from state departments of New Jersey and North Carolina along with scientists at Environmental Health Hazard Assessment have since concluded that ingestion of tiny amounts of chromium-6 can cause cancer in humans as well.

The apex environment body "has not made any decision regarding revising the drinking water regulations for [total] chromium or establishing regulations for chromium-6,” claims the advocacy group EWG, quoting an e-mail from EPA spokesperson.