As per government documents, the current year’s progress report on MGNREGA shows that around 33,000 structures have been completed and work on around 1.1 million structures are still on 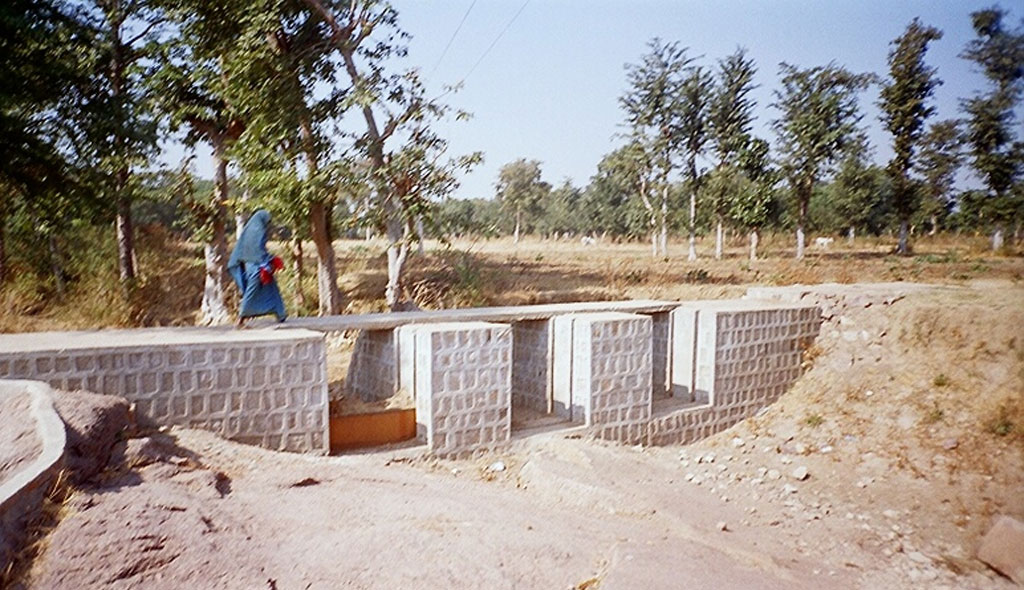 After the Centre’s ambitious target of constructing one toilet per second to spruce up rural development, more such records are in the pipeline. Now, the NDA government plans to construct 42 water harvesting structures every hour under the Mahatma Gandhi National Rural Employment Guarantee Act (MGNREGA).

MGNREGA, introduced in 2005 by the previous UPA government, guarantees 100 days of unskilled work to the rural masses.

The latest announcement came in the backdrop of deficit monsoon forecast. On June 11, the ministry of rural development, after holding consultation with the states, decided to construct around 3 million water harvesting structures, including irrigation projects, by the end of August.

As per government documents, the current year’s progress report on the work shows that around 33,000 structures have been completed and work on around 1.1 million structures are still on. Now, the government wants to finish the remaining 1.8 million structures by August. However, it will only be possible if work is carried out 24x7 over two-and-a-half months.

Here is a look at the target set by the ministry:

The irony is that all projects under MGNREGA are planned at the panchayat level across the country for one year. But the government plans to finish the construction of water harvesting structures in 75 days.

According to the officials, around 20 per cent of the total budget on rural development is being spent on water harvesting and irrigation work. The budget allocation is almost half the actual need.

“Our estimation of the scheme budget is not less than Rs 60,000 crore,” said R Subrahmanyam, joint secretary, ministry of rural development. However, the current budget allocation is Rs 34,000 crore.

The target not only seems absurd in the face of performance under the scheme, but the timing for achieving this has also come under scanner.

The scheme entails soil work which is a difficult task during monsoon. Rainfall will affect the quality of work, which, in turn, will hit wage payment of labourers, experts feel.

“Creation (and) desiltation of ponds, canals, wells, earthen bundings and many more can only be done if there is no water in that place,” said Ashish Ranjan of Bihar-based trade union Jan Jagran Shakti Sangathan. The union works towards the implementation of the MGNREGA scheme in the state.

The wages of labourers depend on the measurement of work done which is always delayed due to laxity or unavailability of government staff, experts added.

“(During) dry season, government authorities measure the work as per convenience, but in rainy season it should be measured quickly, otherwise it will get washed away and labourers’ payment will be affected,” Ranjan added.

“The decision was taken on June 11 when the country was reeling under heat wave and projection of deficit monsoon’ Dibyendu Sarkar, MGNREGA commissioner of West Bengal, said.

“We have directed our district officers to plan it out and implement it. But now, monsoon’s arrival can make it difficult to achieve the target,” he added.

West Bengal was one of the states with the highest unpaid wages till June. It means that workers did not get payment even after doing their work.

“We have been bearing the liability of Rs 1,800 crore due last year,” Sarkar said. “Now, the Centre has assured us of getting away from liability from this year, so there is no issue,” he added.

Unpaid wages have dented the credibility of the scheme. It will definitely discourage villagers to join work under MGNREGA anymore, experts said.

“The credibility of this scheme has dented in the past three years and disturbed the system in the place by not allocating enough funds, delaying wages and not starting new works,” Nikhil Dey of Mazdoor Kisan Shakti Sangathan, a people’s organisation engaged in the implementation of the scheme in Rajasthan, said.

Last year, Rajasthan Chief Minister Vasundhara Raje started a debate when she proposed converting the scheme from right-based act into dole or scheme. But this year in March, unseasonal rains caused heavy crop damages and gave rise to agrarian crisis. The Raje government increased the mandays from 100 to 150 for each rural households to augment the income of labourers and marginal farmers.

During the Budget session, Prime Minister Narendra Modi described MGNREGA as a symbol of failure of the previous government.

“Now the same government is using it to save the country from looming drought,” Dey added. “The PM should take away his statement and rejuvenate this scheme. The government should focus on proper implementation of the scheme which will help rural India in securing its livelihood.”

The performance of the scheme has been poor since its inception. The average manday created in the last financial year is 40 which is the lowest in recent times. The scheme, which benefited the rural poor, has been badly hit. The average mandays has decreased as well as the number of households which get 100 days of work. (See table)