Choking Mahananda: How Siliguri’s waste, water crisis is turning on its people

Rapid urbanisation, inefficient waste management and encroachment have turned the Mahananda into a drain. And farmers are losing livelihoods 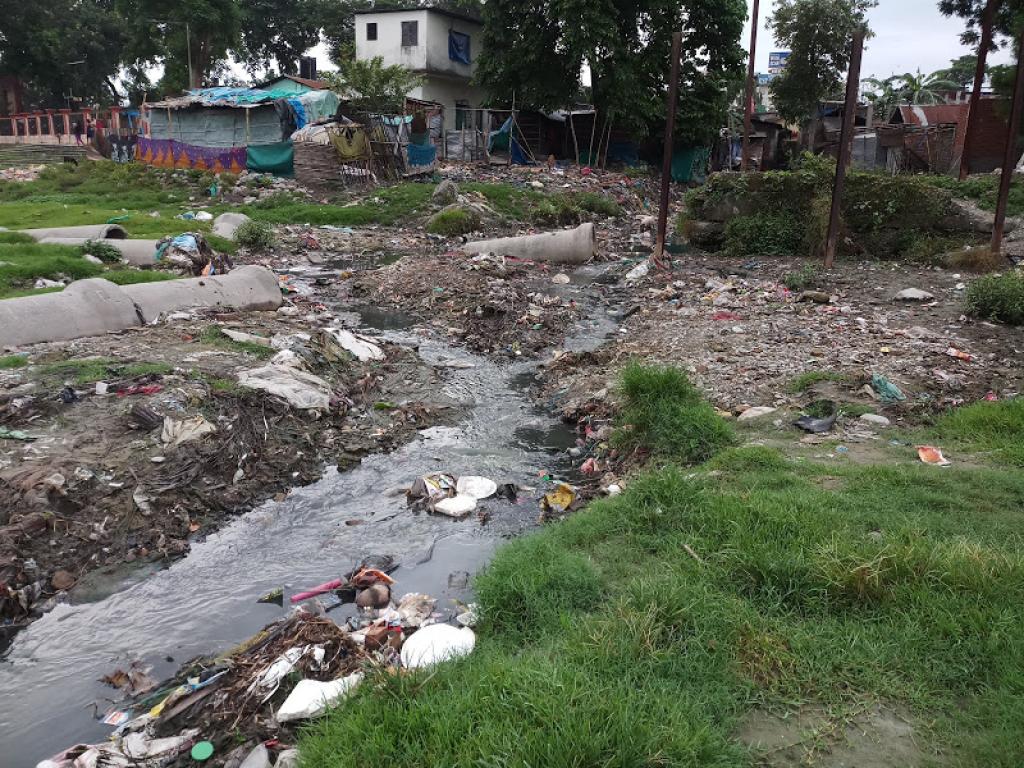 Rapid urbanisation and a lack of space to dispose waste have often led to rivers being treated as dump sites. The Mahananda, which flows through Bangladesh as well as Bihar and West Bengal in India, has been among the rivers facing such abuse.

The Mahananda originates from the Paglajhora falls near Kurseong in West Bengal’s Darjeeling district. The water — clean and pristine during origin — turns filthy and polluted as it enters Siliguri in Champasari.

Down to Earth visited the town and saw that enormous volume of waste discharged into the river has turned it into a drain. Several people have built cattle sheds illegally along the riverbanks. They openly defecate on the river bed.

“No effort has been made to revive the river. Children now play sports on river bed while pigs used the space to forage for food in the filth,” said Jyotsna Agarwal, secretary of Mahananda Bachao Committee, formed by civil rights activists to revive the river.

“We now call it Mahaganda (impure). The illegal cattle sheds on the bank of the river have ruined it completely. Around 400 tonnes of waste is generated everyday in the city and most of it is dumped into the river,” she added.

She claimed that the Siliguri municipal corporation has been mulling over building vehicles parking and construct a building on the bank of the river. “The committee moved the National Green Tribunal to save the Mahananda. We have been fighting a battle for a long time to revive the river, but nothing has been done yet.”

Other smaller rivers in Siliguri — such as Sahu, Panchanoi, Fuleswari and Jorapani — have been encroached to build houses and lodges. Massive deforestation, coupled with urbanisation and tourism, has deteriorated the condition of Sahu on whom farmers once relied for irrigation.

The river flows on the outskirts of the city where farmers grow sweet corn, one of the most cultivated crops in north West Bengal.

Naina Lal Sharma, a sweet corn farmer for three decades at Farabari panchayat where the river flows, said: “We cannot depend on the river for irrigation anymore, as the drainage pipes are connected with it. The discharge gives out a filthy smell, which makes it difficult for us to even stand there.”

He claimed residents perform religious ceremonies in the river as well. He has stopped producing sweet corn commercially and now uses it as fodder for livestock.

The Sahu flows only during monsoons; there is never enough water needed for irrigation. Farmers claimed massive deforestation and construction of hotels has made rainfall erratic. “We used to have a thick green cover, but now only a few trees remain. It does not rain much here anymore,” said Surendra Tamang, a farmer.

He added deforestation has affected ground water levels: “Sweet corn is a water-guzzling crop. But there is never enough water.”

The town’s water crisis has compelled farmers to migrate to other cities. Santosh Chhetri (39) worked at a hotel in north India and returned to Siliguri during the novel coronavirus disease (COVID-19) lockdown. He wants to go back once the situation normalises: “We do not have many options here.”

Deforestation has also led to an increase in man-animal conflict as the area is located close to Baikanthpur forest reserve, from where elephants regularly trespass into the fields and destroy the standing crop.

Local politicians conceded that rampant encroachment along the river beds and illegal sale of land has infringed the quality of the river.

“The administration is hand-in-glove with the mafia. Most part of the Sahu river has been sold,” said Sudha Singho Chattopadhyaya, a local gram pradhan.

Sahu river has turned into a dumping ground for waste. Photo: Gurvinder Singh

Pranab Kumar Biswas, founder of a climate action organisation, said encroachment of rivers has led to soil erosion and flooding:

“Rains have become eccentric due to global warming. The severe rainfall in lesser duration causes flooding in several localities as the course of the river has already been disturbed due to encroachments. Indiscriminate sand mining has been wreaking havoc on the rivers.”

Environmental activists lamented that the rivers — once a lifeline of farmers and residents — have been reduced to drains over the years.

Abhaya Bose, an environmentalist based in Siliguri, said the need of an hour is to create awareness about the importance of rivers in human lives. “The administration needs to deal with violators in a more stringent manner. All water bodies should be cleaned regularly to ensure that aquatic life is not badly affected,” she said.

Senior officials of Siliguri Municipal Corporation said they would look into the matter.

“We are trying our best to minimise the discharge of sewage into the Mahananda, but dealing with a growing population and the lack of awareness about the importance of rivers has been challenging,” said a senior official on the condition of anonymity.