The National Green Tribunal, on February 6, said that not even a drop of Ganga was cleaned and public money was wasted under the programme 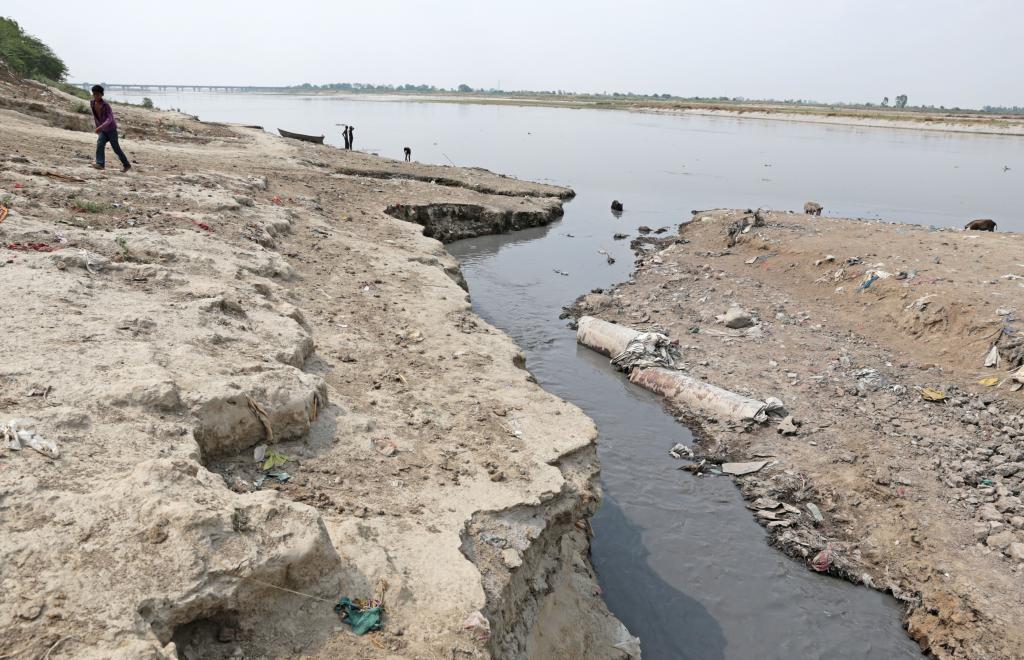 A day after the National Green Tribunal said that not even a drop of Ganga had been cleaned and public money had been wasted, Union Minister of Water Resources, River Development and Ganga Rejuvenation Uma Bharti announced setting up of a Committee of Secretaries to speed up Namami Gange Programme on February 8. The committee will meet once every fortnight.

In the first meeting of the empowered task force, Bharti expressed dissatisfaction over slow progress in obtaining NoCs from various states. The minister also said that she will form state and district level Ganga committees.

Giving an overview of Namami Gange’s progress, Bharti said that 42 sewage infrastructure with total capacity of 327.93 million litres per day (MLD) projects are under execution. Of these, eight will be sewage treatement plants which will cost Rs 348.76 crore. As per the minister, treatment capacity of 33 MLD was created till December 2016.

On the action against industrial pollution, the minister added that online effluent monitoring systems have been installed in 572 out of 760 Grossly Polluting Industries (GPIs) and online data is being captured at dashboard from 266 such industries. Around 135 GPIs have been closed for non-compliance.

Against the target of 15.27 lakh individual household latrines, approx. 10 lakh individual household latrines are expected to be completed by March 2017, the minister informed. Liquid and solid waste management in 25 selected villages will be started within the next three months. Pre-plantation activities will be taken up in all five Ganga states, so that plantations against the work plan of 2016-17, as well as 2017-18 are taken up during the next monsoon season.

Down To Earth analysis, published in December 2016, found that addition of toilets may add to the problem, rather than help clean Ganga. As per our report,  Under the mission, the government plans to construct 1.52 million toilets in rural areas along the Ganga and 1.45 million toilets (this includes private and public toilets) in cities that dot the river banks. This means by 2019, over 3 million tanks or pits would have been dug along the Ganga.

These tanks and pits will produce 180 MLD of faecal sludge and septage. In the absence of a proper management system, this waste will eventually find its way into the Ganga. Pollution concentration in 180 MLD of septage is equivalent to that of 6,000 MLD of sewage.

The load of faecal sludge and septage from millions of toilets, which are being installed along the Ganga under Swachh Bharat Mission, may defeat the government’s ambitious Namami Gange. Though the mission has identified varied projects, right from modernisation of ghats to construction of toilets and STPs in 118 target towns and cities, to arrest pollution in the river, it too gives faecal sludge and septage management a miss.