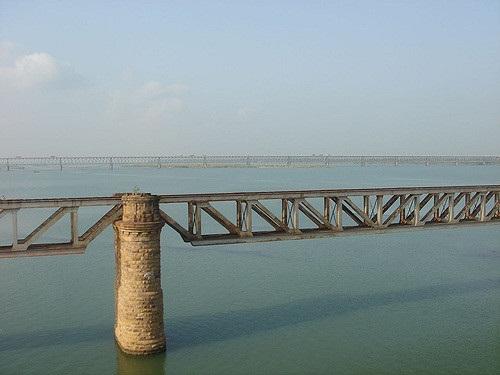 According to the UN organisation, water pollution level has increased in Asia, Africa and Latin America, putting aquatic flora and fauna under extinction threat.

Jacqueline McGlade, chief scientist of UN Environment, said, “The increasing amount of wastewater being dumped into our surface waters is deeply troubling. Access to quality water is essential for human health and human development. Both are at risk if we fail to stop the pollution.”

Unplanned urbanisation, population explosion, agriculture and uncontrolled sewage discharge into rivers and lakes are primary reasons behind the rise in surface water pollution.

Pathogen as well as organic pollution rose in more than 50 per cent of river stretches from 1990 to 2010 in the three continents while salinity pollution has risen in nearly one third, the report says.

In some countries, more than 90 per cent of the population relies on surface water as the source of drinking water, thus risking their health.

About 3.4 million people die every year due to cholera, typhoid, hepatitis, polio, cryptosporidiosis, ascariasis and diarrheal diseases. Many of these diseases are due to the presence of human wastes in water.

The report estimates that up to 25 million people are at risk of infection from these diseases in Latin America, up to 164 million in Africa and up to 134 million in Asia.

Severe organic pollution, which is caused when large amounts of decomposable organic compounds are released into water bodies, affects around one out of every seven kilometres of all river stretches in Latin America, Africa and Asia. This type of pollution can lead to deoxygenation of water bodies, posing a major threat to freshwater fisheries.

Severe to moderate salinity pollution affects around one-tenth of all river stretches in Latin America, Africa and Asia. High salinity levels, which occur when humans dump salty wastewater, make it harder for farmers to irrigate their crops. Salinity pollution has increased between 1990 and 2010 in almost one-third of all rivers on the three continents.

The Godavari is the second longest river in India. With a catchment area of 312,812 km2, it forms the third largest river basin in the country. It has four major tributaries—Manjira, Pranhita, Indravati and Sabari.

According to the report, the river’s discharge has become low due to inadequate rainfall. The water quality also does not match the standards prescribed by the Central Pollution Control Board at several locations along its course. Discharge of untreated and partially-treated sewage from cities is one of the principal reasons for its poor water quality.

Sugar industries, distillery units, pulp and paper firms and fertilizer companies consume much of the river’s water and contribute to the deterioration in its water quality. This is particularly true from Nashik to Nanded in Maharashtra and Bastar to Burgampahad in Andhra Pradesh (the lower Godavari basin).

The water quality assessment shows high pollution with low dissolved oxygen. Large stretches of the river have few fish and low aquatic diversity. Assuming approximately that there is 80 litres of sewage generation per person in urban areas and approximately 50 litres in rural regions, the volume of raw sewage entering the Godavari will be approximately 3,000 million litres per day, the report says.

There are 34 water quality monitoring stations spread across Maharashtra and Andhra Pradesh that monitor the water quality index (WQI) of the Godavari. However, the major drawback of using WQI is that it is based on concentration of pollutants and does not account for the adequacy of river flow for diluting wastes and supporting the aquatic ecosystems.

It is the need of the hour to introduce minimum “environmental flow” as an additional benchmark for tracking the health of the Godavari, the UNEP report says.