As groundwater levels fall to crisis levels, the government moves to limit use of borewells, but activists say it's not enough, and not based on any information of water needs and usages 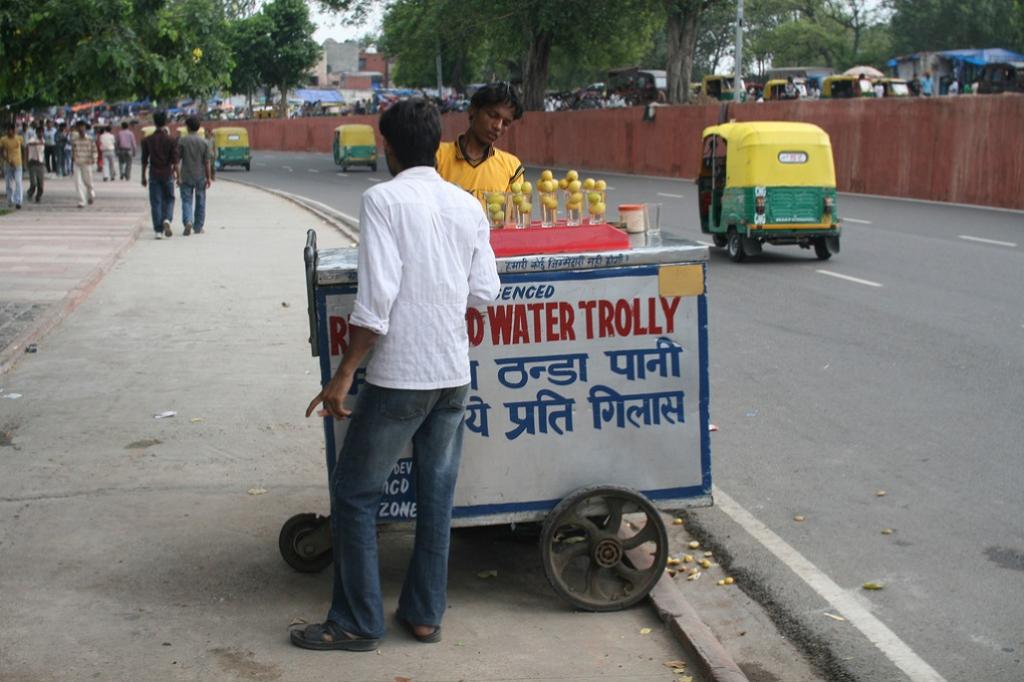 As the summer season begins in the Indian subcontinent, Delhi’s groundwater crisis has become severe. Groundwater levels have been dropping for years but providing safe and adequate drinking water for the over 15 million people residing in Delhi is now a big challenge for government agencies. And it is clear that India’s capital is sitting on a time bomb.

In a recent court proceeding, the Supreme Court of India said Delhi could be headed for “water wars”, expressing concern over the city’s fast depleting groundwater. This came as a reaction to a report submitted to the court by the  Central Ground Water Board (CGWB), which revealed a critical drop in water tables across Delhi. Groundwater levels have been falling for a long time now but the increasing drop in groundwater reserves is alarming.

The report revealed that groundwater level is declining by 0.5 to 2 metres annually in most parts of Delhi.  The report further said that in almost all of Delhi, barring a few west and central areas, the situation was “critical” or “semi-critical”. This means even the water-rich areas along the floodplains of the river Yamuna – the lifeline of Delhi – are facing overexploitation of groundwater.

According to the report, in 2000 the water table in 27% of Delhi (around 1,500 square kilometres) was at a depth of 0-5 metres but in the last 17 years, that area has reduced to just 11%. The rest of the city now has to dig deeper to find water. At the same time, in 15% of Delhi, groundwater is found at a depth of 40-80 metres. The report drew extensively from an earlier 2013 study instead of fresh analysis by CGWB.

With Delhi’s migrant and resident population growing and water sources depleting rapidly, pressure is mounting on the precious groundwater. According to the CWGB, Delhi’s groundwater is the most exploited in the country after the states of Punjab and Rajasthan. Groundwater in about 56% of the assessment units in Delhi was found to be overexploited.

Added to this, the pressures of bad water quality often leads to shutting down of treatment plants, wetlands that are crucial to recharge groundwater are shrinking, and increasing construction, commercial interests and domestic demands are leading to mushrooming of illegal borewells as people compete with one another to extract the last drop.

Recently, the National Green Tribunal (NGT) rapped DJB for allowing thousands of illegal borewells to suck out water from underground aquifers. Following this, the water governing body has sealed over 730 illegal borewells while it admitted that 5,000 illegal pumps continue to run. The green court also asked the DJB to prepare a comprehensive plan to recharge groundwater.

Dinesh Mohaniya, member of the legislative assembly and also the vice-chairman of the Delhi Jal Board told thethirdpole.net, “We are going to submit a plan to recharge groundwater on June 23, 2018, to the court. At the same time, we will ask the court to allow the borewells as DJB then won’t be able to fulfil the water demand. We are concerned about the issue and the focus has to be on recharging groundwater.”

While rainwater harvesting is often cited as a solution, Mohaniya said that other ways of recharging groundwater would be explored in the comprehensive plan. “When you talk of rainwater harvesting, Delhi only gets 23-26 rainy days – mostly around the monsoon. So it becomes very important to focus on treatment of waste water as well. The plan would suggest waste water treatment plants that can treat 10 million litres of water daily in a single premise or establishment and then the wastewater can be used to water plants and rest can be stored in the underground aquifer. It will be a zero liquid discharge policy and the electricity cost of these plants would be zero as they are designed to run on gravity gradient.”

Mohaniya also said that the DJB is considering giving a waiver of 50% on sewer charges as an incentive to install waste water treatment plants.

However, water activists say that Delhi has enough water and it is the sheer mismanagement of the resource that has brought on this critical condition.

Manoj Misra, a water activist and convenor of NGO Yamuna Jiye Abhiyaan (Long Live Yamuna) told thethirdpole.net, “Groundwater misuse is a well-known fact.  Whether DJB takes action or not, that’s to be seen. Delhi loses 45% of its water during transmission due to leakage in pipes. If this water is recovered how will there be any shortage? That’s almost half of city’s water supply.”

Talking about illegal borewells, Misra added, “Just sealing 700 borewells is not enough as earlier studies have shown that there are lakhs of illegal borewells that are drawing out water. And not just that, in critical areas like South Delhi you see flourishing farmhouses. Where is that water coming from? People are illegally extracting water for horticulture purpose as they rent farms out for weddings and parties. Who is going to account for that? Eastern parts of Delhi don’t get piped water simply because people themselves have not taken water connections as they meet their requirements from groundwater.”

Sushmita Sengupta from the Centre for Science and Environment, who looks at urban water issues, said, “There is inequity in water supply. South Delhi where the water table is going down by 1 metre every year receives much less water than the central city. Also, there is no database available for the number of illegal borewells that exist in the city. We don’t even know that. We don’t even have a database for how many functional rainwater harvesting systems exist in the city. We don’t know how many of these systems are actually working.”

Without that knowledge, it is hard to see how such schemes would work, or – in fact – how any scheme at all would lead to success.