Even bottled water can have microplastics

Tap water from around the world was contaminated with microplastics, showed a recent study. India came third on the list 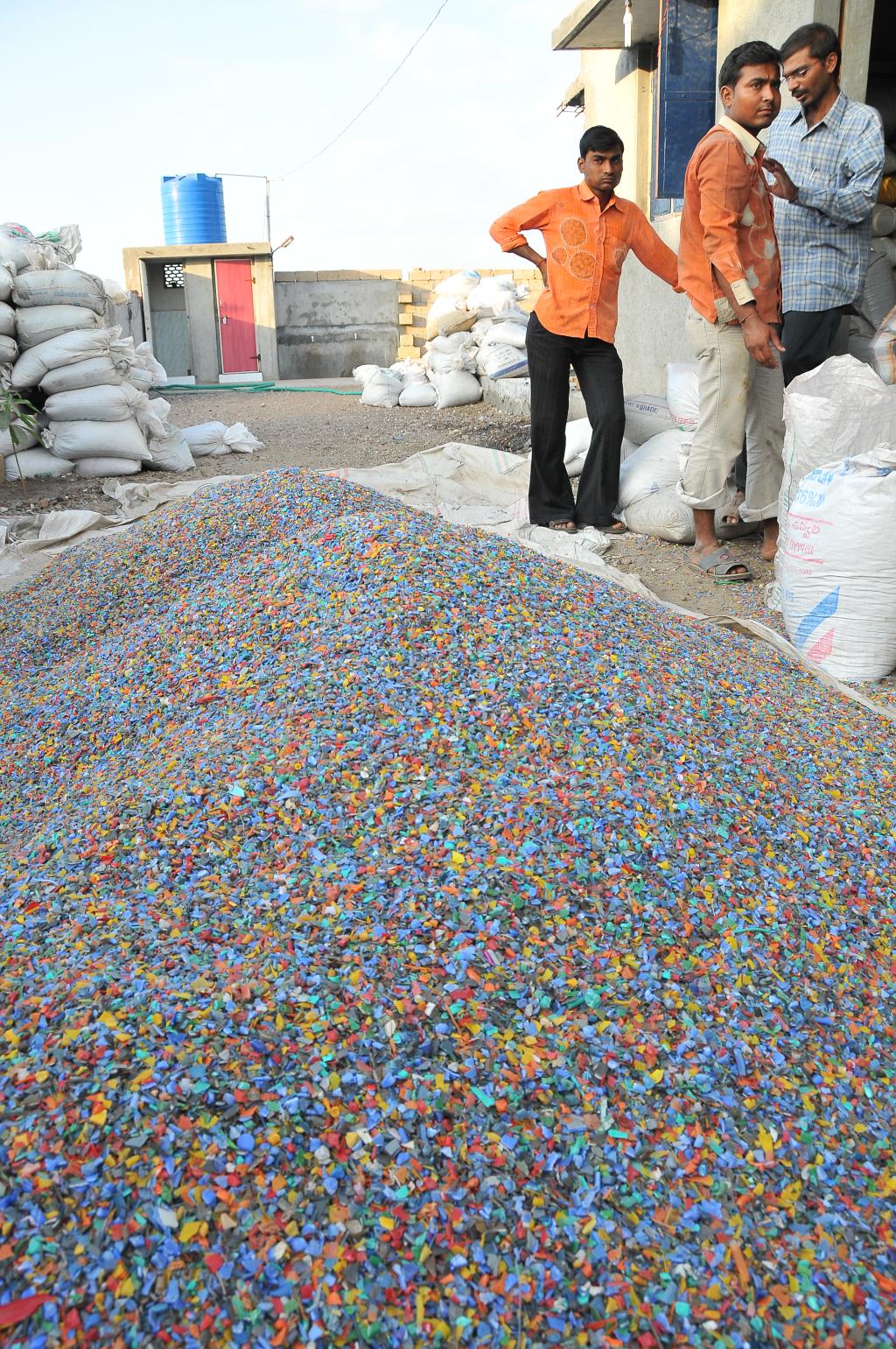 Around 8 million metric tonne of plastic waste enters in the sea every year, according to the UN. Credit: Meeta Ahlawat/CSE

Microplastics are not just contaminating the ocean but drinking water as well. Of the more than 150 tap water samples collected from cities and towns of five continents, 83 per cent were contaminated with plastic fibres, minute particles of plastic which are invisible to the eye and can be dangerous to human health, said the study.

Although many studies have shown plastic pollution in the oceans, the 10 month observational study by Orb Media was the first to test tap water for the presence of microplastics, claim the authors.

India came third on the list after the US and Lebanon, with 82.4 per cent of India’s tap water contaminated with microplastics. In India, samples were collected only from Delhi. Of the 17 tap water samples collected from Delhi, 14 had microscopic plastic fibres. Bottled water in the US also had microplastics, it said.

The study holds importance as no governments and individuals have so far examined how plastic in drinking water, food, and air can harm humans, say the authors. Since plastic never degrades, when it enters water, it breaks into smaller pieces in the presence of sunlight and waves. The smaller it gets, the more dangerous it becomes.

Microplastics are tiny particles which are present in many sources, including carry bags and pet bottles. These tiny particles easily pass through water filtration systems and end up in the water bodies, posing a potential threat to aquatic life. Microbeads, a kind of microplastic, are used as exfoliates in some cleansers and toothpastes. Even though banned in US and Canada, microbeads are still used in India.

Often called “salt sized” chips of plastic, microplastics don’t just resemble salt; they can be in it too. So if the sea contains plastics, so do the products we harvest from it. What is worse is that so far there are no water filter systems which can filter microplastics, says Dr Rajarshi Banerjee, the head of the pollution monitoring lab at the Centre for Science and Environment, New Delhi. There is hardly any data-based evidence on this, so more research needs to be done, he added.

How does plastic get into water?

These microscopic fibres originate in everyday activities such as abrasion of clothes, upholstery, and carpets. About 60 per cent of all our clothes are made from polyester, a form of plastic derived from fossil fuel. Another kind of plastic, styrene butadine is released from vehicular tyres, which lands into sewers and water bodies.

How harmful is it?

Microplastics can migrate through the intestinal wall and travel to lymph nodes and other bodily organs, shows the Orb report. Microplastics have also been shown to absorb toxic chemicals linked to cancer and other illnesses, and then release them when consumed by fish and mammals. So if plastic fibers are in your water, experts say they’re surely in your food.

The report suggests that the solution lies in making the producers responsible for waste management, and creating new non-polluting materials. Most of all, we need to make sure microplastic does not enter water and reduce plastic usage. The most important thing is to understand individual plastic consumption. Not buying plastic bottles and carry bags, avoiding straws, washing synthetic clothes less often can bring about a difference not just to the environment but to our bodies.