The BJP’s proposal to take water from three south-flowing rivers to the northern part of Bengal lacked justification, experts said 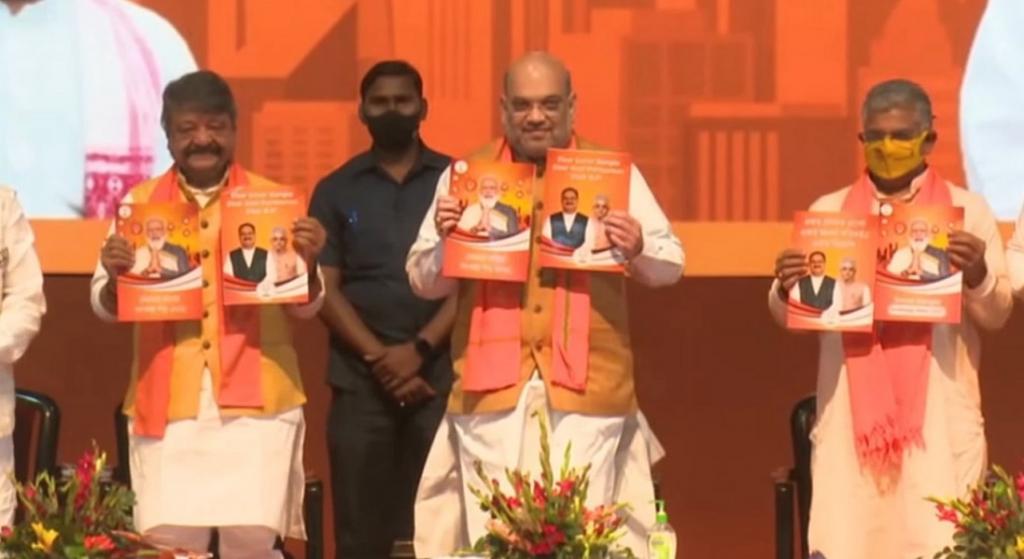 Environmentalists and river experts have criticised the Bharatiya Janata Party (BJP)’s election manifesto proposal to take water from three rivers in south Bengal to the northern part of the poll-bound state.

Experts said the proposal lacked justification. They said it did not even fall within the BJP’s much-vaunted inter-linking of rivers scheme that had been criticised by green activists in the first place.

All three rivers mentioned in the proposal — Bhairab, Sialmari, Jalangi — are part of the Ganga basin and are located on the right bank of Ganga, ie opposite to the north Bengal side. Bhairab and Sialmari merge with the Jalangi in the Murshidabad district, which, in turn, joins the Hoogly branch of the Ganga.

The BJP, in its manifesto released by Union Home Minister Amit Shah, committed to spend Rs 2,000 crore to create the ‘North Bengal Command Area’ project by upgrading the existing irrigation network and constructing new canals and taking water from the Bhairab, Sialmari and Jalangi.

“The proposal lacks logic and justification. Firstly, all these are distributaries of the Ganga and flow southwards. It is not possible to comprehend how water from these will be transferred to create a command area in north Bengal,” Kalyan Rudra, river expert and chairman of the West Bengal Pollution Control Board said.

Rudra further said the three rivers were now moribund. He added that north Bengal, through its rainfall and transboundary river flow, had ample opportunity to create its own enhanced irrigation command area, rather than making an impossible effort to take water from the south.

However, Subhas Sarkar, BJP parliamentarian and in-charge of manifesto preparation, sounded defensive. “There has been some excess water in the upper part of these rivers which we plan to transfer,” Sarkar told this reporter.

He claimed there had been definite plans in this context, else such a plan would not have been included in the manifesto. However, he neither elaborated on the ‘definite plans’, nor responded to the specific points being raised against the proposal.

North Bengal experts termed the proposal as an impossible one. They said it was a BJP ploy to create conditions suitable for giving waters of the Teesta river to Bangladesh in the future for larger geopolitical reasons.

“We all know BJP has been pushing for giving Teesta water to Bangladesh, which has been countered by (incumbent chief minister) Mamata Banerjee,” Animesh Bose, an environmentalist from north Bengal, said.

Jeta Sankriyttayan, a professor from north Bengal agreed and said:

“While there must be cooperative initiative on Teesta water, we have to keep in mind that Siliguri will not survive if much water is allowed to Bangladesh.”

Nilanjan Ghosh, director of think tank Observer Research Foundation (ORF)'s Kolkata office, pointed out that this latest proposal was not even part of the BJP government’s long-drawn plan of interlinking of rivers.

“This proposal is all the more bizarre because it is not a part of inter-linking the rivers Manas, Sankosh, Teesta and Ganga,” Ghosh said.

“Morever, while the interlinking proposal talks about north to south movement of rivers and transfer of water from a surplus basin to deficit basin, the current proposal in the manifesto proposes the opposite: Transferring from south to north and basically translocating water from a more or less deficit zone to another deficit zone,” he added.

Ghosh also pointed out that this forced reverse movement of rivers would require a lot of energy and cost and hence lacked justification.

The BJP’s political opponents have called the proposal as another example of the party’s lack of knowledge about Bengal.

“It is like planning a train line from land to the sky,” Saumen Mahapatra, Trinamool leader and minister, said. “The absurdity of the proposal goes on to show how cut off the BJP is from the reality of Bengal,” he added.

Congress and Communist leaders also accused the proposal of being unrealistic.

A senior BJP leader and environment expert admitted that he had little idea about the proposal.