While there is debate regarding the origins of the surangam, it resembles the karez and qanat system in some respects 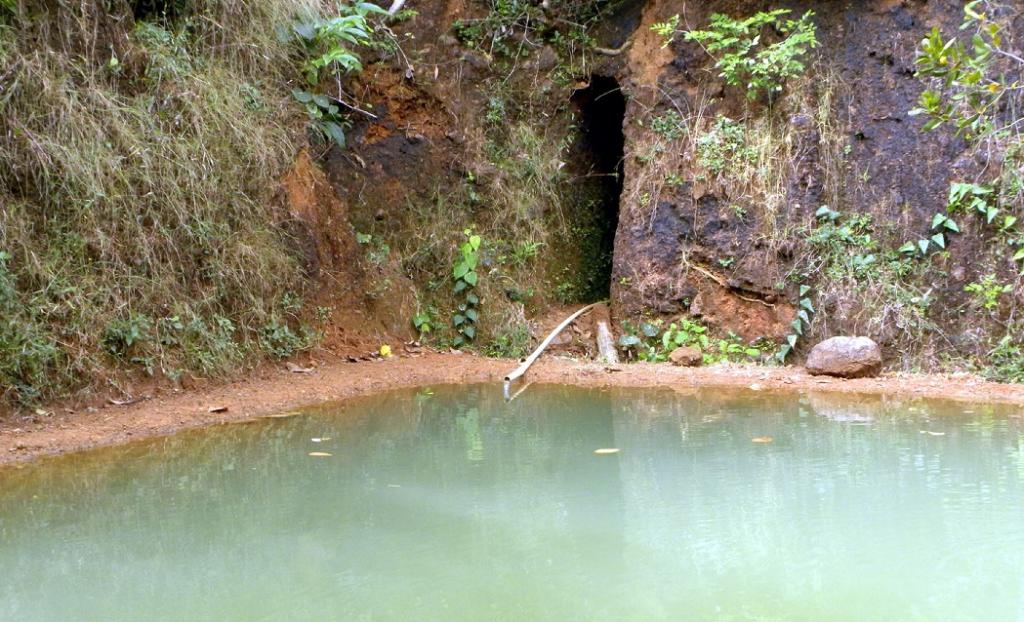 The karez system in Afghanistan, a legacy of its Persian cultural moorings, has suffered extensive damage in 43 years of war and stares at an uncertain future under the Taliban’s second regime. But hundreds of miles to the south, a similar system in southern India is thriving.

The surangam or suranga is usually found in northern Kerala and southern Karnataka.

“There are approximately 6,000 surangas in just Kasargod district. There can be more in Uttara and Dakshina Kannada districts and Goa. Very few may be found in Kannur and Wayanad districts also,” V Govindankutty, assistant professor of geography at the Government College Chittur in Palakkad, Kerala and an expert on the karez system in India, told Down To Earth (DTE).

Kutty said the system was thriving as one surangam served two-three houses. The water was sweet and always available.

But there are issues. One is people wanting to move to borewells. This is because constructing surangas is very difficult. They also have to be cleaned annually, Kutty said. The other is the receding water table.

Dying Wisdom, a 1997 publication by Delhi-based non-profit, Centre for Science and Environment or CSE, had a section on the system written by P Basak, PM Raghavendra Prasad and KE Sreedharan. It noted:

Kasargod district of northern Malabar has a special water harvesting structure called surangam. This is basically a tunnel dug through a laterite hillock from the periphery of which water and moisture seeps out.

It further added that “surangams are similar to qanats which once existed in Mesopotamia and Babylon around 700 Before Common Era. By 714 BCE, this technology had spread to Egypt, Persia and India”.

Down To Earth had reported on surangam during its coverage of Afghanistan in May, 2002, after the new Afghan government had taken over (Afghanistan: Back to beginning, 16-31 May, 2002). It had noted:

Surangams resemble karez both in structure and spread. This system has been very effectively used for domestic and agriculture purposes in dry areas of northern Malabar. Interestingly, one survey found that more than half of these structures were constructed between 1977 and 1997.

However, newer research in the last few years has disputed an Afghan / Persian origin of the surangam, with the karez as its inspiration.

One such paper is An investigation into the age and origin of Suranga in the foothills of the Western Ghats of India by Darren Cook, Sudhir Tripathi and Richard Jones, published in March 2015.

Thus, in conclusion whilst there is no deﬁnitive evidence from either natural or human archives for the origin of suranga irrigation we believe there is sufﬁcient evidence to reframe the discourse of genesis around much more recent times 1900–1940 CE and divorce the idea that there has been any direct inﬂuence from the qanat system from either Persia or the Arab peninsula or from the northern interior of India until such evidence can be found.

The paper hypothesised a likely origin of the suranga system to 18 Karhada Brahmin families that had been moved to the Kasargod area from modern-day Maharashtra in the 17th century under duress.

Kutty agrees with this view.

“I strongly believe the surangam is indigenous. The karez systems in India extend from Burhanpur in Madhya Pradesh till Bijapur and Bidar in Karnataka. Persian influence is very clearly seen in these, but there is no evidence to link surangam with karez,” he told DTE.

He noted that qanat / karez were dug in places that were water-scarce and had to be constructed over great distances. So they could be very long.

But the surangas in Kasargod were built as the construction of wells was not economical. One had to dig a lot deeper to get to the water table.

“None of the surangas in Kasargod have vents on them. The longest surangam is 300 metres long with eight vents. It is probably the only one with vents in Kasargod district,” he said.

Kutty said there was a possibility that the Karhada Brahmin theory could be true as they had come to a place that had a lot of laterite hills.

Laterite is a sedimentary formation which becomes harder on getting exposed to sunlight and air. It is used as a building material in Kerala.

“Kasargod did not have a good source of water. The Karhadas might have seen springs and might have started exploiting them. During the drier season, they might have dug into the slopes. As the springs receded, the Karhadas dug further into the hills. So the tunnels became bigger,” Kutty noted.

He added that there were a number of folk stories as to how the system came about.

One was that when the Deccan Sultanates (Bijapur, Golconda, Ahmadnagar, Bidar and Berar) were taken over by the Mughal and Maratha Empires, the artisans and engineers there might have migrated south and may have constructed these surangams after being patronised by the Wodeyar kingdom of Mysuru.

Northern Kerala and southern Karnataka were under Tipu Sultan for some time, Kutty said. His father, Hyder Ali had deposed the Wodeyar Maharaja and established the Sultanate of Mysuru.

During Tipu’s reign, there might have been knowledge transfer either through migrants from the Deccan or because of Mangaluru port-based trade relations with Persia, he pointed out.

For people in the region, especially the Karhada Brahmin community, the system was a cultural heritage. This was helping it to survive, noted Kutty.