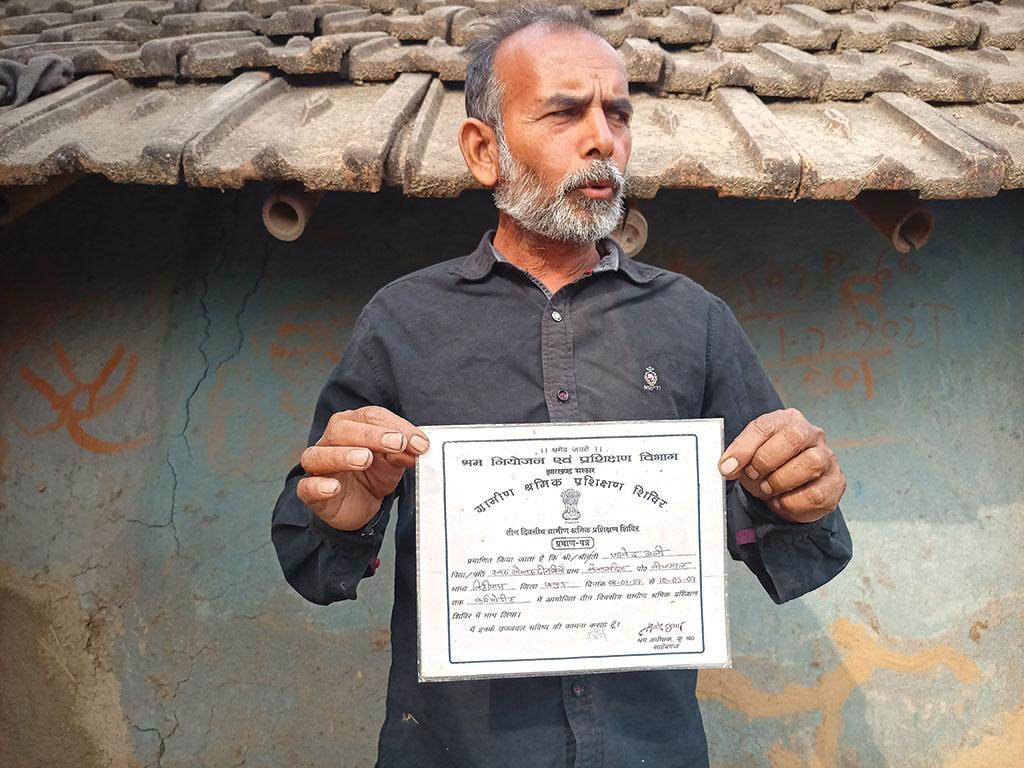 Javed Ali of Jhenagaria village in Jaharkhand’s Pakur district says his family has never had the need to buy flour since 2009, when ponds were built in the village and farming improved (Photograph: Anand Dutta)

“Before 2007, we had never grown wheat in our village. After 2009, we have never had the need to buy flour,” said Javed Ali, 50. Ali’s statement adequately captures the tremendous change that his village, Jhenagaria, experienced after the state government selected it for the Mahatma Gandhi National Rural Employment Guarantee Act (MGNREGA) works.

In 2006-2008, the village built five ponds (three of which were privately owned) and 12 check dams. The water availability has led to a fourfold rise in the yield on about 1,800 hectares (ha) of farmland in the village that benefit from the ponds and check dams. The overall grain production has increased from 225 tonnes a year to 900 tonnes, sai Pran Kisku, village pradhan.

“Jhenagaria saw a flood in 2005, a year before MGNREGA was launched. While working there for relief measures, I saw people asking for work, not supplies. I thought it would be a good place to recommend for implementation of MGNREGA,” said Puja Singhal, the then district magistrate of Pakur, and current secretary, Department of Tourism, Arts, Culture, Sports & Youth Affairs. “The decision proved right when the Union government awarded the village for excellence in executing the programme on February 2, 2009,” Singhal added. 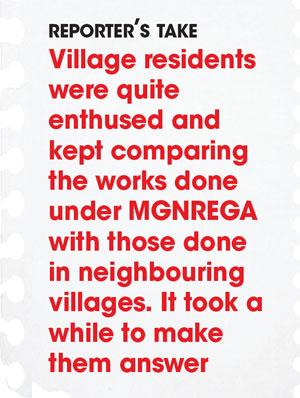 The village had no regular source of irrigation. Farmers depended on the monsoon and on a stream that flows from the nearby Chokra mountain to grow whatever little they could. Not anymore. The village now grows wheat, date palm, mango, vegetables and even water-intensive rice.

The upkeep of the ponds and the check dams is done by the community without any involvement of the panchayat or the government. “People who draw water from these waterbodies distribute the work among themselves and contribute labour, as decided among themselves,” said 73-year-old Ramdas Murmu, who owns a private pond.

The water table, too, has improved. “While digging for handpumps, we realised that water can be found at a depth of just 6 metre,” said Malik Akhtar Ansari, a resident of the village.