Ganga clean-up deadline revised again, but is it achievable?

The deadline for cleaning up the national river Ganga has been revised again. With the third extension, the deadline has now been extended to 2021.

In not a very subtle announcement of the same, new minister of the Jal Shakti Ministry, Gajendra Shekwat, said that the Ganga would be cleaned in two years.

Incidentally, when the Namami Gange mission was first announced in the 2014 budget speech by the Narendra Modi government, it was claimed that the Ganga would be made clean by 2019.

However, the then minister of Water Resources, Nitin Gadkari, clarified that while 80 per cent of the river would be cleaned by 2019, the entire process would be completed by 2020.

Whether even the 80 per cent target was achieved or not is a matter of debate. With the latest revision, Shekhawat still has a number of challenges ahead if the target is to be achieved within next two years.

The biggest investment was made on creating seweage infrastructure. Out of Rs 23,540.95 crore-sanctioned projects, only projects worth Rs 4,521 have been completed.

Has the health of the river improved?

According to the latest information available with the Central Pollution Control Board (CPCB), the Ganga water is not fit for drinking in the entire stretch of Uttar Pradesh (except for Bijnor), Bihar, Jharkhand and West Bengal.

Out of 70-odd monitoring points, the water is fit for drinking at only three points in Uttarakhand and Bijnor in Uttar Pradesh. 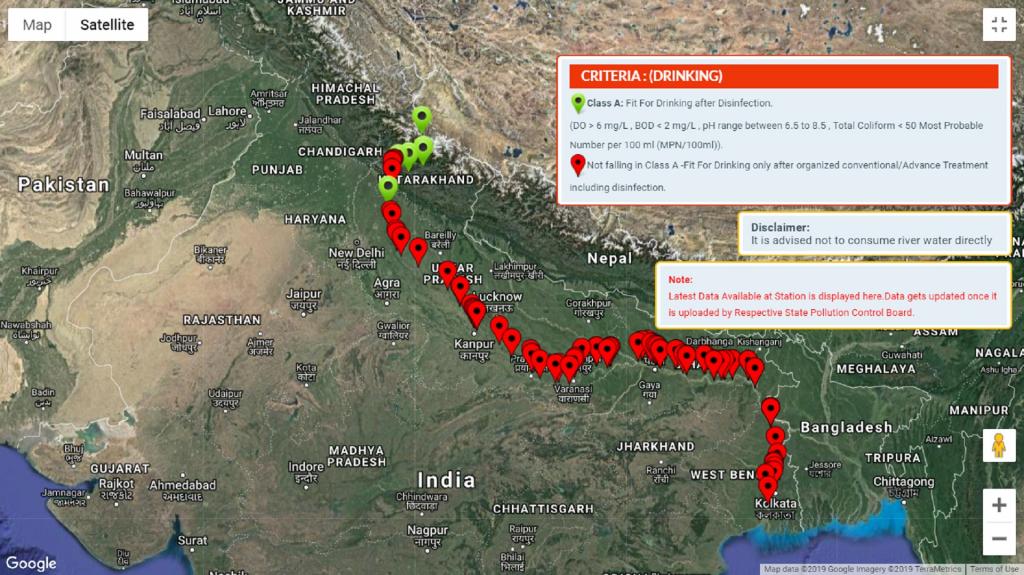 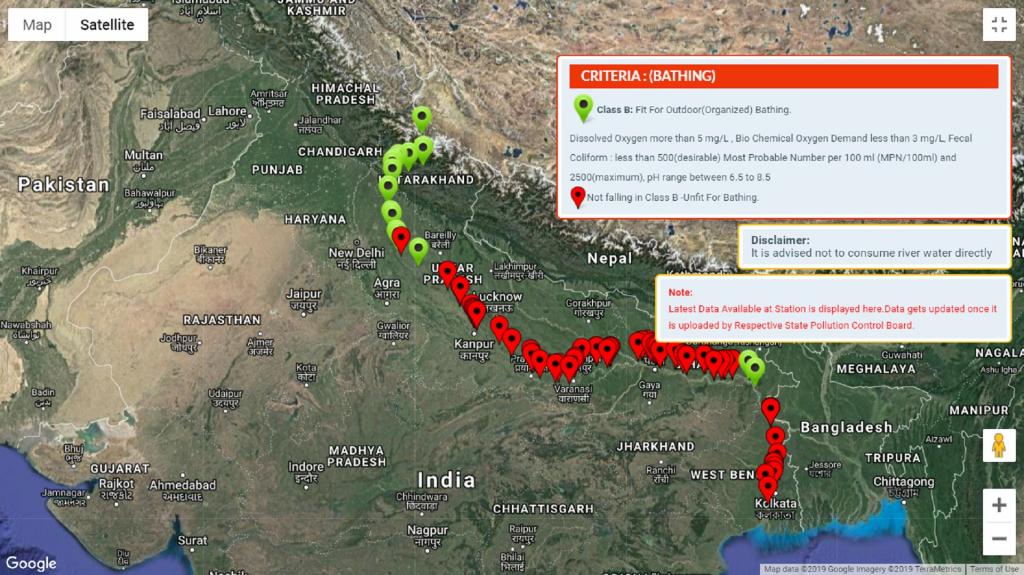 As far as bathing standards are concerned, the water was fit only at places in Uttarakhand, two places upstream in Uttar Pradesh and two in Jharkhand. Otherwise the entire stretch is unfit for bathing.

As against the upper limit of faecal coliform number of 2,500 per 100 millilitre (ml), it was 11,000 per 100 ml in Allahabad, 32,000 per 100 ml in Kanpur and 22,000 per 100 ml in Varanasi in April, according to the Uttar Pradesh Pollution Control Board. UP is one among the five Ganga belt states where the government has put maximum thrust under the Namami Gange mission.

While experts were skeptical that the river would be cleaned by the original deadline of 2019, now it seems that even the revised deadline would be difficult to meet.