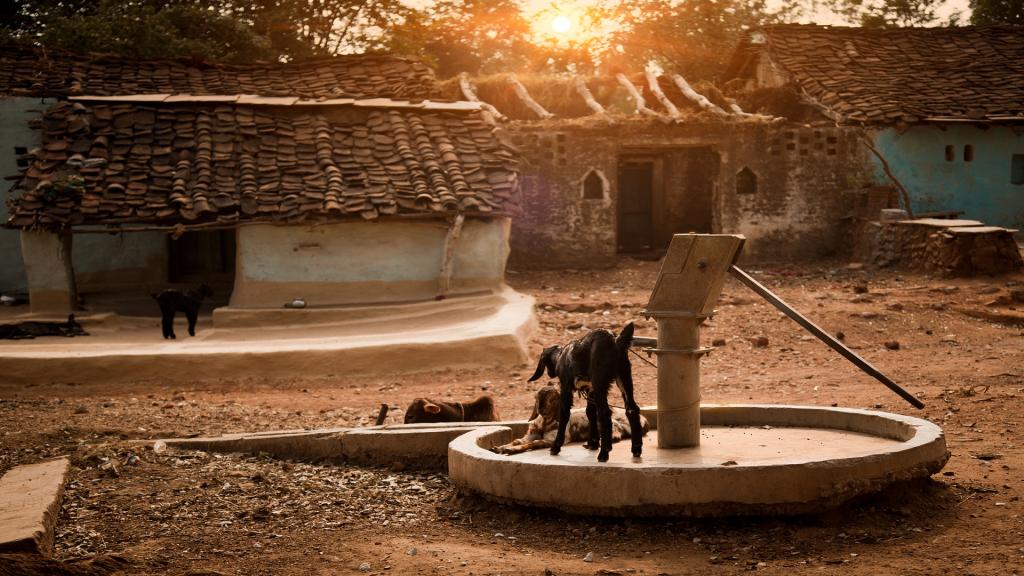 Over-extraction of groundwater is a major environmental challenge in many parts of India. It is not only leading to rapid decline in groundwater reserves but also contributing to India’s carbon emissions, a new study has warned.

Billions of liters of groundwater pumped out every year contributes to carbon emissions in two ways - emissions released due to the pumps used for extracting water and carbon dioxide released due to bicarbonate extraction. Most of the groundwater reserves or aquifers contain sand, gravel, clay, and calcite. Hydron ions react with calcite and create bicarbonate and calcium. When groundwater is exposed to the atmosphere, carbon dioxide is released while calcite is precipitated.

Researchers at the Indian Institute of Technology, Gandhinagar, have assessed carbon emissions due to pumping as well as bicarbonate extraction using data related to energy requirement of pumping and chemistry of the groundwater. They have found that the total (pumping and bicarbonate) estimated annual carbon dioxide emission from groundwater in India is between 2 to 7 per cent of the total annual carbon dioxide emissions from India.

The estimates are based on data from the Central Ground Water Board (CGWB) and GRACE (Gravity Recovery and Climate Experiment) satellite mission of NASA. The data covered groundwater well parameters like specific yield, bicarbonate concentration and use of electric pumps. CGWB monitors groundwater tables at 24,000 locations across the country. The board also monitors groundwater quality in the pre-monsoon season when the concentrations of bicarbonate ions are maximum.

The distribution on pumps, which are predominantly used for irrigation, for each state at different depths was obtained from the census of minor irrigation. This helped in calculating energy required for groundwater pumping. Electric pumps cover about 70 per cent of the total available pumping energy sources in the country. However, the Gangetic plain region is dominated by diesel pumps.

The researchers also conducted a field survey of 500 farmers in Punjab. “We find that a low-cost intervention for irrigation scheduling based on soil moisture information can provide a sustainable solution by reducing groundwater pumping and carbon emissions,” researchers said.

India is the world’s largest groundwater user, withdrawing about 230 billion cubic meters of groundwater annually for irrigation. The total estimated groundwater depletion in India is in the range of 122 to 199 billion cubic meters. A large part of the country has over 60 per cent of the total area irrigated with groundwater. Most such areas are in the Indo-Gangetic Plain, northwestern, central, and western parts of India. Some regions (western India and Indo-Gangetic Plain) have more than 90 per cent of their area irrigated with groundwater.

“The environmental problem of groundwater depletion in India is much more serious than carbon dioxide emissions associated with it, and hence there is an urgent need for a regulation of groundwater use,” said Dr Vimal Mishra, a member of the research team, while speaking to India Science Wire.

“The warning about carbon emissions from groundwater extraction is an important reminder that every human activity has multiple impacts and can have unintended consequences,” commented Raghu Murtugudde, professor of atmospheric and oceanic science and earth system science at University of Maryland and currently a visiting professor at IIT Bombay. “We also need to keep a close eye on other factors like equal access for all stakeholders and increased fluoride and arsenic due to mining deeper for groundwater.”