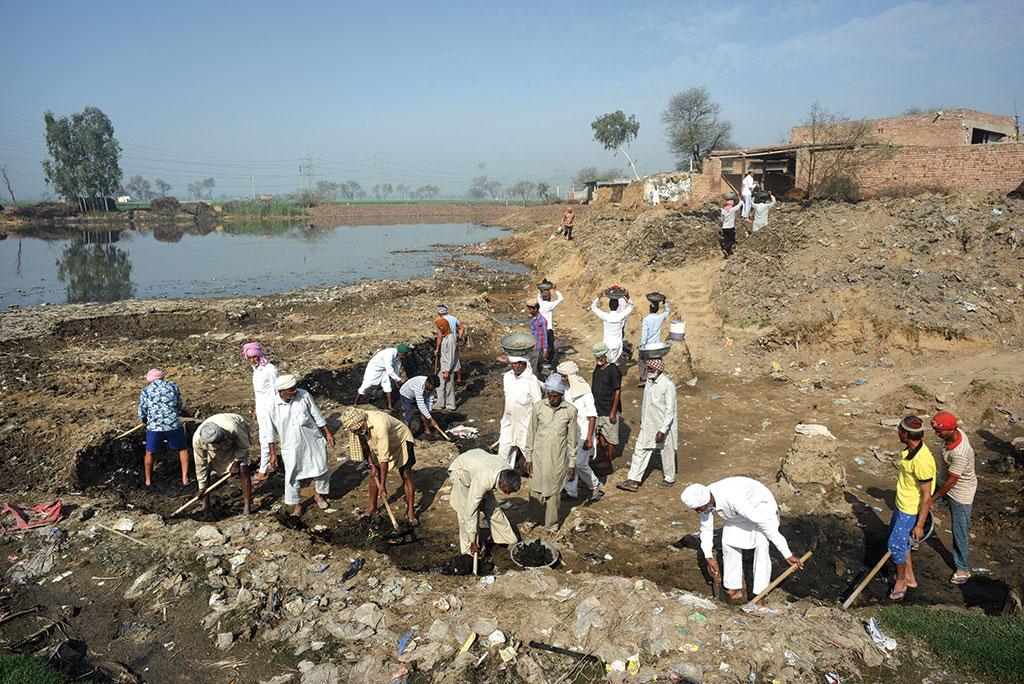 The most striking feature of villages in Sirsa, Haryana’s westernmost district bordering Punjab in the north and Rajasthan in the south, are their three-pond-systems. The ponds, that Down To Earth saw at Barokhan, Bhavdeen and Jasania villages, were built under MGNREGA.

This is how they work: The ponds are adjacent to each other, along the gradient of the land and are connected via pipes. The pond at the highest elevation acts as the reservoir of the village’s grey water (discharge from kitchen and bath). As the water moves into the successive ponds, it gets cleaned due to the settlement of impurities.

Though the villages have piped water supply from Ghaggar canal since 1990, the ponds help in multiple ways, most importantly in irrigation and for drinking by cattle. Sukhram Indora, a resident of Jasania, says water from the pond has helped him double his wheat and mustard yield. 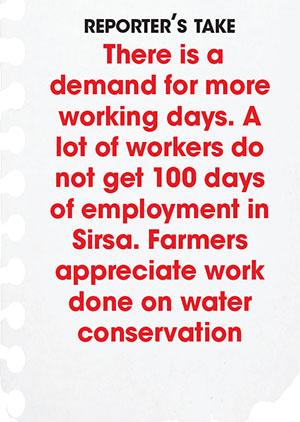 Roshan Lal Mittal, sarpanch of Jasania, says the ponds have also helped the gram panchayat save Rs 60,000 a year, which depends on it to water the village park. Shishpal Suthar, sarpanch of Bharokhan, also says the three-pond-system has helped his panchayat earn Rs 2.5 lakh a year. They use the pond water to irrigate panchayat land and for pisciculture.

At present the pond at Bhavdeen roughly has a capacity to hold 23,000 litres of water which after desilting would increase to 30,000 litres, Suthar says.

Anamika Solanki, additional block programme officer for Nathusary Choupta block, where Jasania is located, says the groundwater in the block is saline which makes it unfit for irrigation. The creation of such ponds is a big help for everyone, she says.