This tribal district has become 'immune to drought' with people's participation 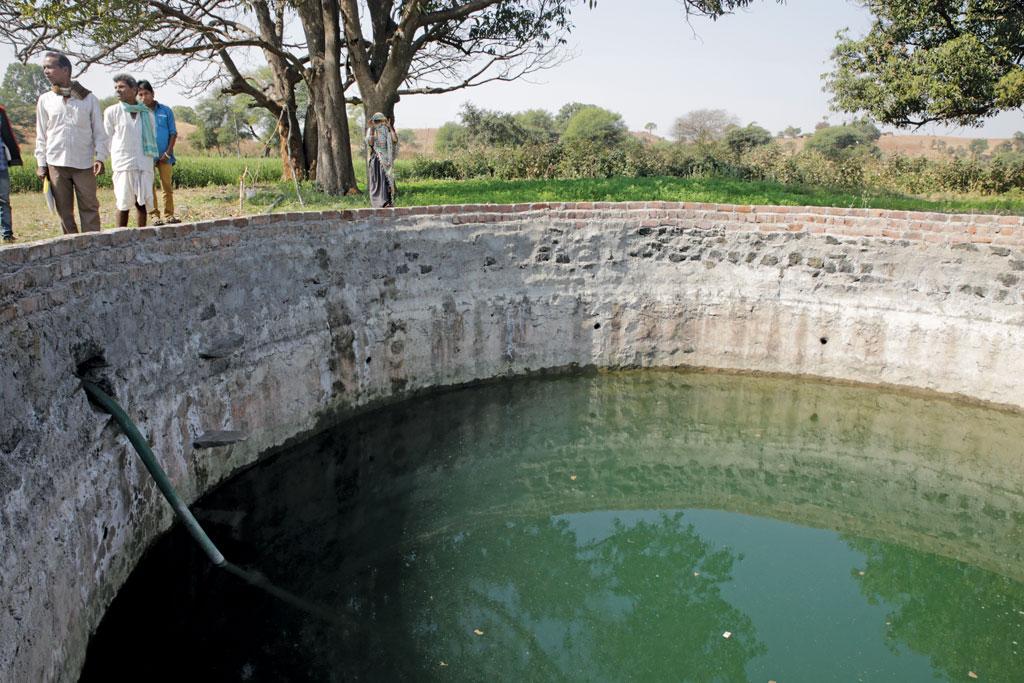 JHABUA IS a dramatic story because of the three key ingredients that are missing in most government progr ammes: political will, competent and committed bureaucratic support, and people’s participation”, wrote Anil Agar wal, founder editor of Down To Earth (DTE), in 1998 after he visited the tribal district in Madhya Pradesh to witness the dramatic recovery of poor villages in the hilly area from extreme ecological degradation. It shows how poverty can be eradicated very fast and very cheaply, he noted.

Nearly two decades later, DTE visits Jhabua again. At the outset, our fear was that the district might have suffered the same fate as other model villages that fell from grace after the initial enthusiasm of people and bureaucracy died down (see ‘Sukhomajri falls apart’); watershed development struc tures that transformed the water-scarce region into a water-sufficient one might have silted up. Instead, what we see is a rare example of sustained bureaucratic will and continued participation of people.

The villages, scattered along the hill slopes and nestled in the valleys, resemble an oasis in the barren landscape of southwestern Madhya Pradesh. Contour trenches, up to 3-metre deep, crisscross the slope of almost every hill in sight, while check dams dot the streams and the Nugami, the only river flowing through the district. The once denuded hill tops and slopes remain covered by mixed-species plantations. All the 818 villages in the district have ponds and dugwells that yield water round the year.

Government data shows that 2,400 water conservation and harvesting structures and 730 micro-irrigation projects were built in Jhabua during 2009-10 alone. The groundwater level has risen from 7 m below the ground level (mbgl) in the 1990s to 4 m now.

In Parwaliya gram panchayat, water level in the wells has risen by 1 m within two years of constructing two contour trenches in 2015. The residents of Parwaliya have also planted trees along the trenches to improve water holding capacity of the soil. “Our gram panchayat already had 12 ponds and dug wells. We made contour trenches to improve groundwater level, and it worked,” says sarpanch Kushal Singhar.

He recalls that in the early 1990s, the Jhabua forest range had completely disa ppeared. At least 1,500 people from across the district would migrate to neighbouring Gujarat to work as daily labourers. Those who stayed back grew only rainfed crops such as black grams and soybean. Now, with water available for irrigation round-the-year, people grow two crops a year and prefer commercial lucrative crops such as paddy, tomato, chilli and cotton. Crop production has increased by almost 30 per cent, says Singhar, adding that two of his sons who had migrated to Gujarat in the early 1990s returned 10 years ago and have taken up farming. “Although we depend on groundwater for all our needs, water table in the area has remained constant over the past several years,” he says.

In 2015-16, when the region received nearly 50 per cent deficit rainfall, the gove rnment declared 42 of its 51 districts drought-hit. Jhabua was also listed as one of the affected states. But people in the district say most did not feel the pinch. “Our wells and ponds had adequate water. There was not a single instance when we had to call for government water tankers,” says Anita Parmesh, sarpanch of Junwaniya Chotta gram panchayat. Nearly 40 per cent of Jhabua, which was covered under water- shed management projects, had sufficient water to meet the needs of people and livestock. Some continued to experiment with new crops and reaped rich dividends.

Buoyed by the ample water available in his dugwell, Khusal Parmal from Julvaniya Chota for the first time converted 1.6 hectares of his farm into a guava orchard in 2014. Though the monsoon failed the very next year, he could irrigate the trees well. “The orchard has raised my monthly income up to Rs 7,000,” he says.

At the helm of this transformation is a continued implementation of water cons ervation schemes for the past two decades.

In 1994, when the Rajiv Gandhi Mission on Watershed Development (RGWMD) was launched in the state, it had twin objectives—water resource augmentation and land resource development. The scheme was a huge success in Jhabua and transformed it into a model of watershed development. Though only 12 per cent of the district’s land qualified topographically for construction of water harvesting structures under the scheme, in just eight years, 32 wells were dug, and four contour trenches, one anicut (bund) and numerous ponds were constructed across the district. The numbers are huge for a tribal district with sparse habitations. But soon the district administration felt the need for a more elaborate water conservation progra mme. The problem got solved in 2006 with the launch of the Mahatma Gandhi National Rural Employment Guarantee Scheme (MGNREGS). Together, the schemes covered all aspects of water availability, use, conservation, harvesting, flood control and renovation of water bodies.

S K Agarwal, Programme Officer, MGNREGS, Jhabua, says today, there are 35,000 daily wage labourers working on different initiatives under the scheme in Jhabua. Most of the works undertaken are related to water conservation. At least 470 ponds are being constructed under the scheme in the district. “There is so much interest among people to undertake water conservation works under MGNREGS that people’s representatives come to us with novel water conservation strategies. This is the reason we have diverted a major chunk of the MGNREGS funds towards water conservation works. In April 2017, we increased the daily wage under MGNREGS from Rs 167 to Rs 172. It’s not huge but may help halt migration,” he adds. Tewari says linking MGNREGS with water conservation schemes has dual benefits. As an immediate relief, it helps people earn cash and makes them water-sufficient in the long run.

Women in the region, however, say they have not benefitted much from Jhabua’s transformation. “We have enough water in our village, but the distance we used to travel to fetch water has not changed in the last 20 years,” says Indu Hamji, a mother of three from Semalpada village. “We spend four to five hours a day on walking the hilly terrain for water,” says Manjula Majhu, sarpanch of Battha gram panchayat. She says the state government’s ambitious Mukhyamantri Nal Jal Yojana, launched in May 2016, assures water connectivity to households. But till date no work has been initiated by the district administration. One hopes the bureaucracy will soon take a note of this grievance.

This story was first published in the May 16-31, 2017 issue of Down To Earth magazine under the headline "Immune to drought".