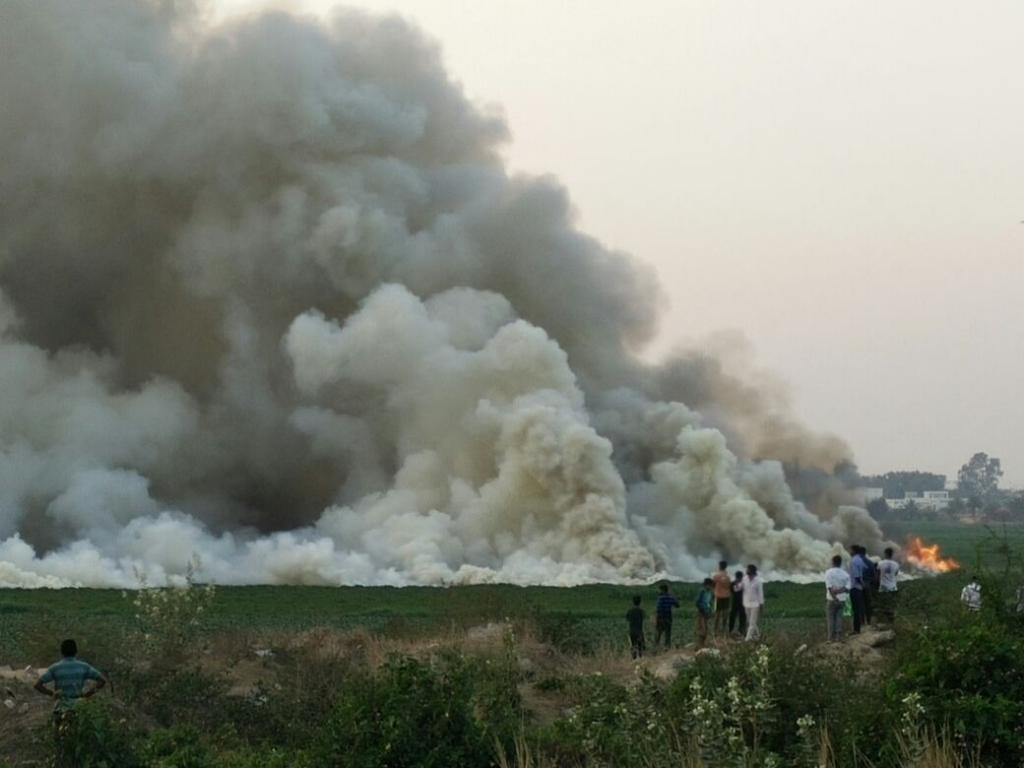 The Bellandur Lake in Bengaluru caught fire as recently as May 7, as per media reports (Credit: DCP Traffic East / Twitter)

In a high level review meeting convened by the Karnataka chief secretary Subhash Chandra Kunthia, the state has decided to seek more time to clean the severely polluted Bellandur Lake. According to officials, complying with the National Green Tribunal’s (NGT) order to clean up the intensely polluted lake in a month is a daunting task and can be completed only by 2022.

This meeting, chaired by chief secretary Kunthia, has prepared a detailed report explaining why it is impossible to clean the lake within the given timeframe. The state has decided to raise the matter before NGT in its next hearing on May 18, with the reports prepared. The state will also seek legal opinion on the matter.

On April 19, NGT ordered immediate and complete shut-down of all industries around Bellandur Lake, to prevent further degradation. The green bench also ordered its cleaning in a month and asked the state to submit a report regarding the progress of the cleaning drive in the next hearing.

As completion the lake’s cleaning in a month seemed unlikely, officials considered other options. "We could have appealed to the Supreme Court but it's not the option before us now. We will update NGT about the work we have taken up and seek more time," said Mahendra Jain, additional chief secretary, urban development department, who heads the committee on Bellandur Lake.

During the review meeting, Kunthia expressed satisfaction over the ongoing work and further directed the agencies to do their part besides going back to the order in case of any confusion.

Justifying the decision to seek more time, an official who attended the meeting says “The quantum of untreated sewage let into the lake is so voluminous, it is physically impossible to tackle. Besides, by July, 80 per cent of the water that gets into the lake will be treated; remaining will be achieved as and when STPs are commissioned on the other sides. As of now, 250 millions liters untreated water is let into the lake every day. Where shall we divert such high quantum of water? Even if we do, we may need 50,000 tankers every day to transport the water and we may have to create another Bellandur in Bengaluru, which anyway lacks space."

“We need at least four months only to de-weed the entire lake, and even more to desilt it. If we desilt today and let untreated water tomorrow it will again get deposited. So, we decided to seek more time with an undertaking that the government is committed to clean up the entire lake in a time-bound manner,” another official said to the media.