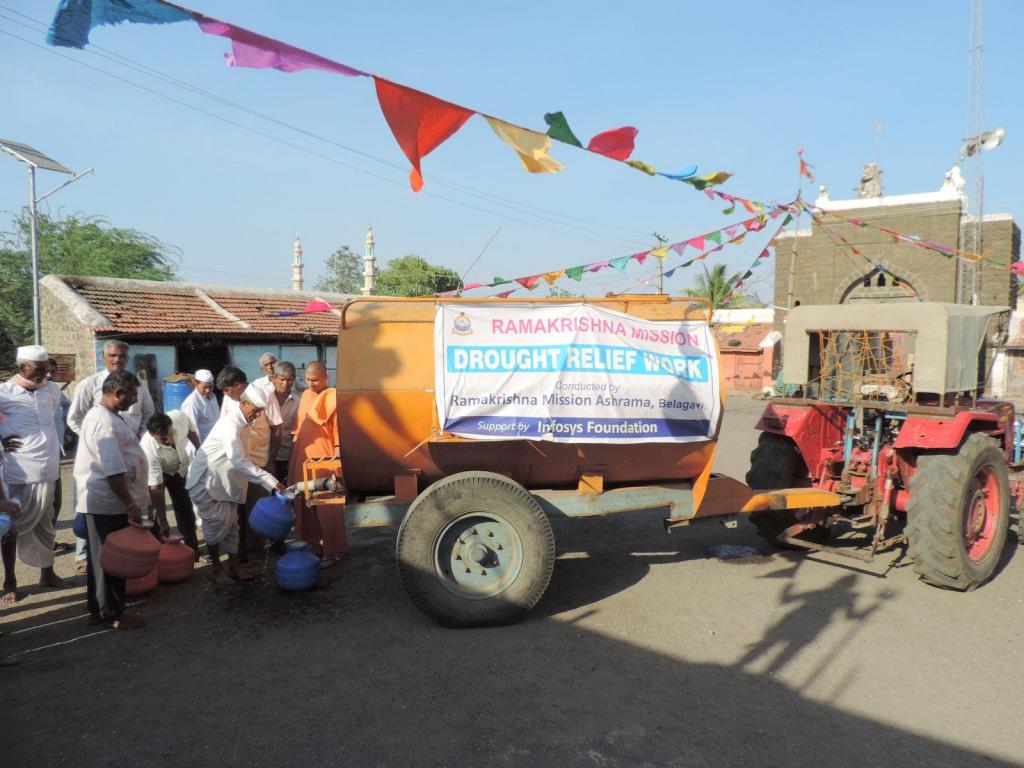 Malnad region in Karnataka is surrounded by the Western Ghats. Malnad is derived from the Kannada word ‘Malenadu’, meaning the 'Land of rain'. The Uttara Kannada, Udupi and Dakshina Kannada districts in the region generally receive heavy rainfall (4,000mm) every year. However, for the first time, these districts are listed under drought-hit districts in Karnataka

The state is staring at a severe drought for second consecutive year with coastal Karnataka experiencing a shortfall in southwest and northeast monsoon by 21 per cent and 63 per cent respectively. This southern state never looked this parched in the last four decades.

Nine of the 12 dams have water storage at just less than 20 per cent of their capacity, while storage level at three others—all of them in Malnad region—are less than 50 per cent.

Live storage in four reservoirs of the Cauvery basin in Karnataka as on February 13 is 13.51 tmcft. The requirement for drinking water needs of Bengaluru and other towns till June 2017 is about 13.22 tmcft. If we take into account the evaporation and conveyance losses, the present storage is not sufficient to meet even the drinking water needs after June.

On February 17, the Karnataka government told the Cauvery Water-sharing Supervisory Committee that it will no longer be able to comply with the Supreme Court’s order of releasing 2,000 cusecs of water to Tamil Nadu. From September 2016 to February 13, 2017, it has released a total of 367,000 cusecs (31.79 tmcft) to Tamil Nadu.

Karnataka is not only looking to the Centre to bail it out with disaster relief funds for the failure of Rabi and Kharif crops, but also pinning hopes on unseasonal rain in April-May to tide over the situation. In the 2016 Rabi and Kharif cropping seasons, 160 and 139 talukas out of 176 were drought-hit.

Bengaluru and neighbouring towns, which rely on Cauvery water, have started facing water shortage. Locals are complaining of reduced water supply, low pressure and contamination. According to the Bangalore Water Supply and Sewerage Board rising temperatures and failed bore wells are putting additional pressure on the Cauvery River. Since the BWSSB is distributing water to starved areas that depend mostly on bore wells, the supply to some areas, which were getting more than their share, is being cut short.

With Bengaluru getting most of the 1.5 tmcft of water it needs every month from the Cauvery reservoirs, it is staring at a difficult summer. Poor monsoon has left the Krishna Raja Sagar (KRS) and Kabini reservoirs with only 7.9 tmcft of water, of which 4.2 tmcft is dead storage.